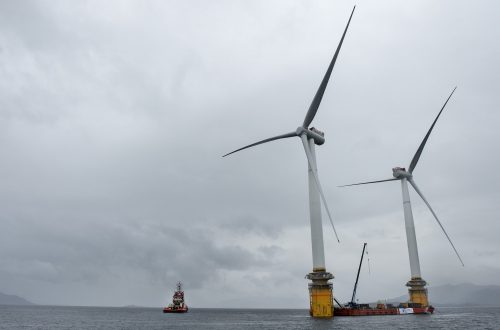 Turbines for a £200m floating wind farm are set to be towed from Norway across the North Sea and moored to seabed off north-east Scotland.

The Hywind project – which will be the world’s first floating wind farm – has officially taken to the seas. Proponents see this as a sign that a technology is finally ready to unlock expanses of ocean for generating renewable power.

Five turbines were floated this week in the deep waters of a fjord on the western coast of Norway. They are now ready to be tugged across the North Sea to their final destination off north-east Scotland.

The farm is could open up new frontiers such as the Atlantic and the Mediterranean, and more floating windfarms could be placed farther out to sea to avoid the sort of aesthetic objections that scuppered plans for a much larger £3.5b windfarm off the Dorset coast. While Hywind might be small compared to other modern offshore wind projects (it will power just 20,000 homes compared with the 800,000 by one being built off the Yorkshire coast) the technology could be a game-changer in the long run.

Bruno Geschier, chief marketing officer at Ideol (a French company hoping to build floating windfarms in Japan and France), said he believed floating farms would begin to take off in the next decade, “Reaching cruising altitude in the mid-2020s and a big boom in 2030-35”. 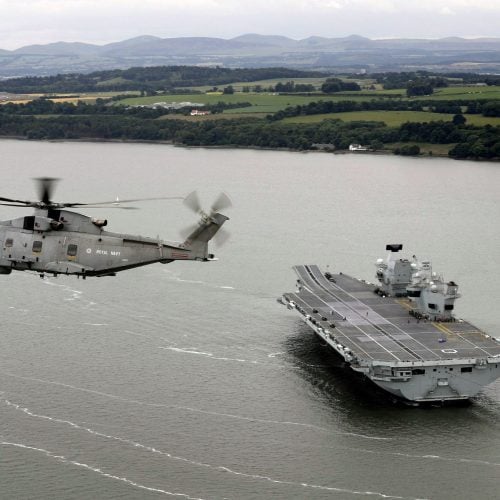