While the world gets ready for white-knuckle drama on the whitewater rapids we take a look at how real-world modelling was utilised to create the Canoe Slalom course in Rio.

The Canoe Slalom is inspired by slalom skiing and this sport has been in the Games since the 1972 Munich games. Competitors must navigate the course on board kayaks or canoes in either single or doubles events. Unlike other sports, computers models could not be relied upon to model the track so the IOC relied on a 1:13 scale model to accurately design the course.

Jaroslav Pollert, a professor at Faculty of Civil Engineering CTU, is an accomplished canoeist and former competitor. However, it is his expertise in water engineering which has earnt him the high praise as he played a vital role in the oversight and development of artificial canoe slalom courses around the world.

The IOC asked Pollert to build a model of the slalom course during the ICF Canoe Slalom World Championships in 2013 and construction began at the Czech Technical University in Prague water management laboratories.

Constructing the model of the slalom course meant the team had to be exact with spatial layout, elevation and length of the track. Special attention was also paid to the locations of the stands and ensuring that there was plenty of room for the worlds media near the runway. To complicate matters researchers could not simply scale the speed of water flow in line with the model’s size. The scale of artificial to real track is 1:13, but the waters speed cannot simply be just 13 times faster or slower. Using the Froude criterion the team had to work out that water speed in the model should be 3.6x times faster than in the final course.

Pollert explained that “the whole project was created quickly. Thanks to the perfect team, the willingness of colleagues and great location, we were able to implement the project on time and at the best quality”.

Pollert was then tasked to oversee the construction itself on location in Rio.

A computer simulation could not be used to model the course because of the complexities of modelling water. Pollert stated that “for him it is a significant personal contact with the runway and water, which can not be replaced by a computer program”. In particular modeling obstacles whose shapes can move during construction cannot be performed well on a computer. The model slalom course is constructed from zinc and magnets then allow the team to easily moves obstacles so as to be appropriately positioned, and allowed the researchers to see bow the waters real path would respond.

The construction of the model used 892 magnets and 392 barriers.

Fun Fact – Jaroslav Pollert is the cousin of 1992 Olympic gold medal winner canoeists Lukáš Pollert. Lukáš found fame for winning the gold medal while studying medical school, and then selling the medal saying that sport is not as important for him as his medical career.

The X-Park, which is made up from the Olympic Whitewater Stadium and BMX Centre, will be left as a part of the Rio Olympics legacy 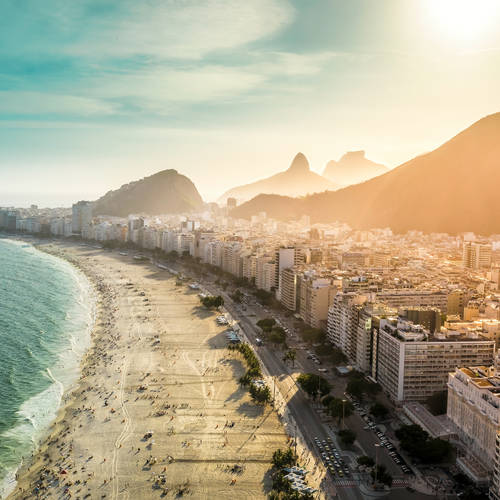 On August 5, 2016, all eyes were on the Maracanã Stadium in Rio for the opening ceremony of...