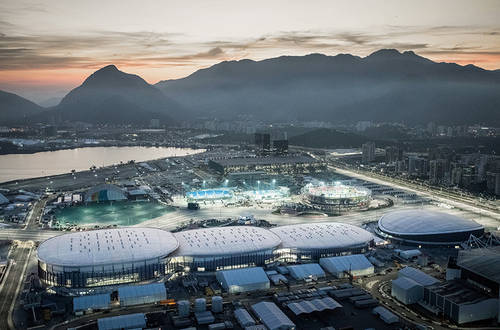 WilkinsonEyre’s cascading three-in-one Arenas Cariocas is the largest venue within Rio’s Olympic Park. It will host various Olympic and Paralympic sports before being transformed into an Elite Athlete Training Centre after the Games. 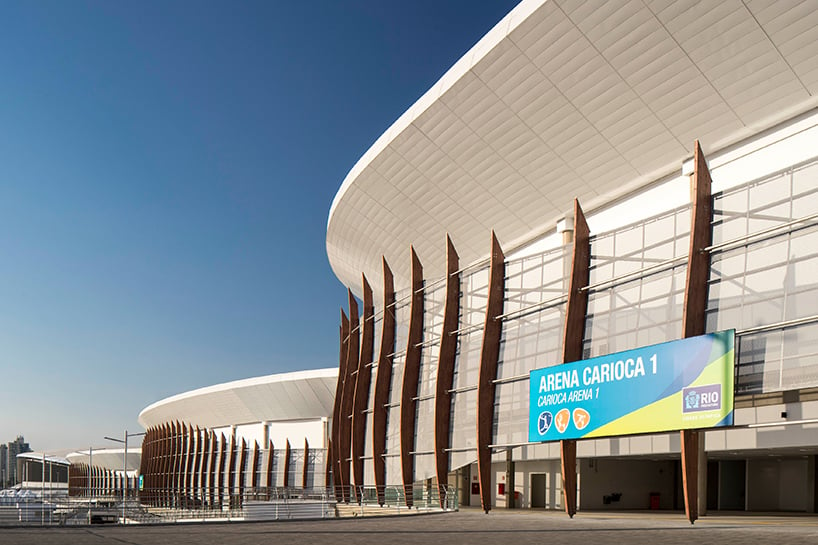 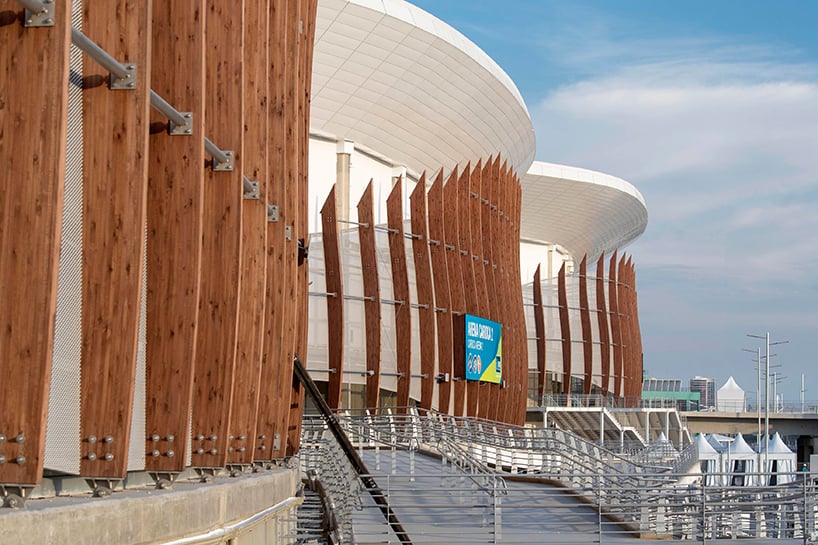 Its three arenas sit under one long roof which runs parallel to the main walkway at the heart of the Olympic Park. The 400 meter-long stadium can seat up to 36,000 spectators. It will host various competitions including basketball, fencing, taekwondo, wrestling, and judo.

After the Olympic Games the arena will switch to Paralympic Games mode, and host wheelchair basketball, rugby, and boccia.

The stadiums are enclosed in a lightweight mesh façade.

After the Games the building will be transformed into an elite athlete training centre.

The reconfigured building will provide infrastructure for the development of top athletes and will allow the city to host future important international sports events.

Sam Wright, associate director at Wilkinson Eyre explained; “we designed the arenas cariocas in rio with functionality and adaptability in mind […] much like our final design for the basketball arena at the 2012 london olympics games, the challenge was to create a temporary building that would be both simple to erect and sustainable in terms of its legacy. this is a transitional building that can morph after the games into a different typology with zero impact on the fabric of the built form”.

Wilkinson Eyre Architects is one of the UK’s leading architectural practices, and is based in London.

Wilkinson Eyre is known for the Magna Centre in Rotherham and the design of the Gateshead Millennium Bridge. 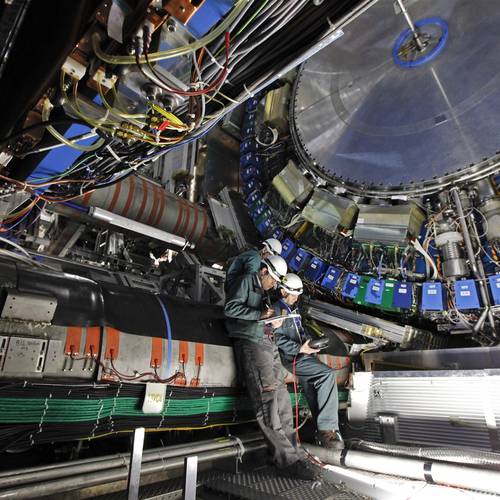 The Large Hadron Collider (LHC) is the world’s largest science experiment. Since it came online eight years ago...