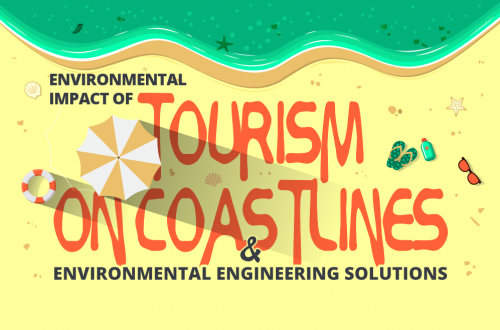 Advances in transportation technology over the past ten years or so have transformed tourism into a huge industry. Local economies rely heavily on tourism and in some cases, the negative effects of tourism on the environment outweigh its economic benefits.

To learn more, view this infographic below created by Ohio University’s Online Master of Science in Civil Engineering program.

From 2010 to 2030, the rate of arrivals at holiday locations in emerging economies is expected to increase at twice the rate of arrivals at holiday spots in advanced economies. Looking backwards, the number of international tourists more than doubled from 528 million in 1995 to 1.138 billion in 2014. It is no secret tourism is a key economic pillar in many parts of the world. More specifically, the tourism and travel industry injected $7 trillion into the global economy in 2013 alone, whereas international tourism crossed the one trillion dollar mark during the same year.

Coastal tourism has become increasingly popular over the last few decades and it is arguably the fastest growing form of tourism today. In the US, for instance, 74% of foreign tourists visited the states of California, Florida, and New York. Additionally, out of the top 15 tourist destinations in the world, 12 are coastal tourist destinations.

Tourism’s Contribution to the Economy

In the USA, beach tourism annually generates about $640 billion, with the states of Florida, California and New York accounting for 85% of this amount. It is probably worth noting that the state of Florida received 97.3 million visitors in 2014 alone. This makes tourism one of Florida’s major employers with the number of workers rising by 3.6% to 1.1 million from December 2013 to December 2014. On the other side of the country, 34 million tourists visited San Diego in 2014 and spent $9.2 billion, which in turn helped the local economy to generate $15 billion. Overall, the tourism industry in San Diego employs more than 173,000 people.

To start with, scuba diving and snorkelling cause physical damage to delicate marine habitats including stirring and kicking up sediment. Fishing is another activity that contributes substantially to the exploitation of fish stocks. Moreover, fishing even for sport depletes the stocks available to local fishers. Yachting and motor boating also harm marine environments when vessels drop their anchors to the ocean floor. Finally, collectors of rare marine life contribute to the exploitation of these endangered species as well as introduce an element of competition with local communities over dwindling fishing resources.

A major indirect effect of tourism on coastal environments is illegal sewage and fuel disposal by cruise ships. Other indirect effects include increased sedimentation caused by construction of artificial beaches, non-intentional and illegal disposal of waste by cruise ships and overexploitation of rare and highly priced seafood. It is also worth noting that the developments that occur at or near generally contribute to littering, leaching of toxic substances and sedimentation.

The Cook Island spends about $5.6 million, or 3.12% of its GDP, annually to deal with watershed pollution. This is according to a 2006 report that focused on Rarotonga Island, which is Cook Island’s largest Island. Although this amount is insignificant compared to the tourism industry’s global revenues, it translates to 3.12% of the Cook Islands’ annual GDP.

Destruction of coral reefs in the Caribbean

Sadly, coastal tourism is responsible for the destruction of coral reefs in the Caribbean. For instance, pollution, tourism related activities, and overfishing have caused coral reef ecosystems in the Caribbean to decline by 50% since the 1970s. This is particularly disturbing because the Caribbean region is home to 9% of the world’s known coral reef habitats. Complete destruction of these reefs would cost the Caribbean region’s tourism and fisheries industries losses of up to $3 billion annually. A good example of a country that would be hurt by this destruction is Belize, which earns 12 to 15% of its GDP from activities related to coral reef tourism. It is worth noting that coral reef destruction in the aforementioned destinations is largely due to recreation activities, introduction of invasive species, water pollution, marine life feeding by humans (causes changes in marine life behavior), and overturning and breakage of coral habitats by boat anchors and disposal of debris and trash in coral reef environments.

Mining of coral rock and sand in the Maldives was so destructive it required the building of a protective wall at a cost of $10 million per km. In the Mediterranean, 75% of sand dunes found in the coastline that stretches from Spain to Sicily has been destroyed by urban developments. The same is true in New Zealand where the acreage under active dunes decreased by 70% between 1900 and 2000 (from 129,000 ha to about 39,000 ha).

Tourism increases demand for seafood thereby leading to overfishing. This state of affairs caused fishers in the South Atlantic, New England, and the Gulf of Mexico to catch just a quarter of the fish they would have netted were fish stocks allowed to replenish in 2009. Data from the EU shows that overfishing caused the loss of 100,000 jobs and cost the fishing industry $4.1 billion in losses.

Tourism ramps up water demand and use. For instance, visitors to Spain generally use twice the amount of water used by people living in Spanish cities. In fact, coastal area developments account for 14% of the water used in Spain. For example, an 18-hole golf course will require 130 million gallons of water annually.

Firstly, urban planners should consider water desalination instead of simply depleting local freshwater resources. Other viable solutions include collecting and storing rainwater, using vegetation to reduce water loss via heat, and taking advantage of natural drainage. On the wastewater management front, reservoirs should be built to collect and purify dirty water. In addition, holiday resorts and hotels should be designed to generate low amounts of carbon and blend into the surrounding environment.

Tourism has the potential to change the economic fortunes of major holiday destinations, especially those in coastal regions. However, it also has the potential to harm the marine ecosystem. Fortunately, environmental engineering solutions such as building retaining walls to reduce soil erosion can help mitigate the negative effects of coastal tourism. 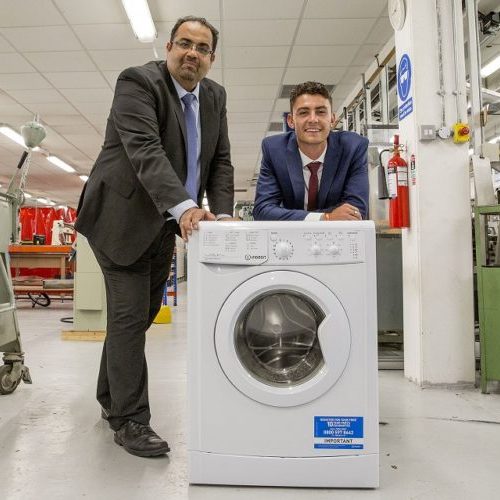 You might remember Professor Amin Al-Habaibeh from the wave machine created from old bike parts - now he...