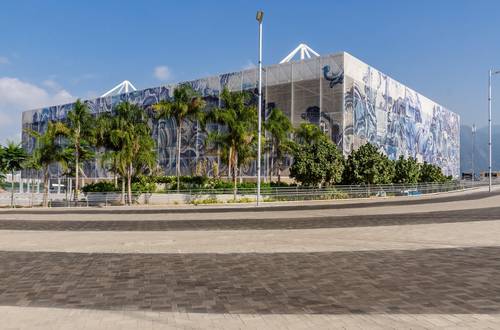 While the Olympics diving pool made headlines today as it turned mysteriously green overnight the Olympic Aquatics Stadium next door already had green credentials, with a natural ventilation system and “nomadic architecture” at the heart of its construction. 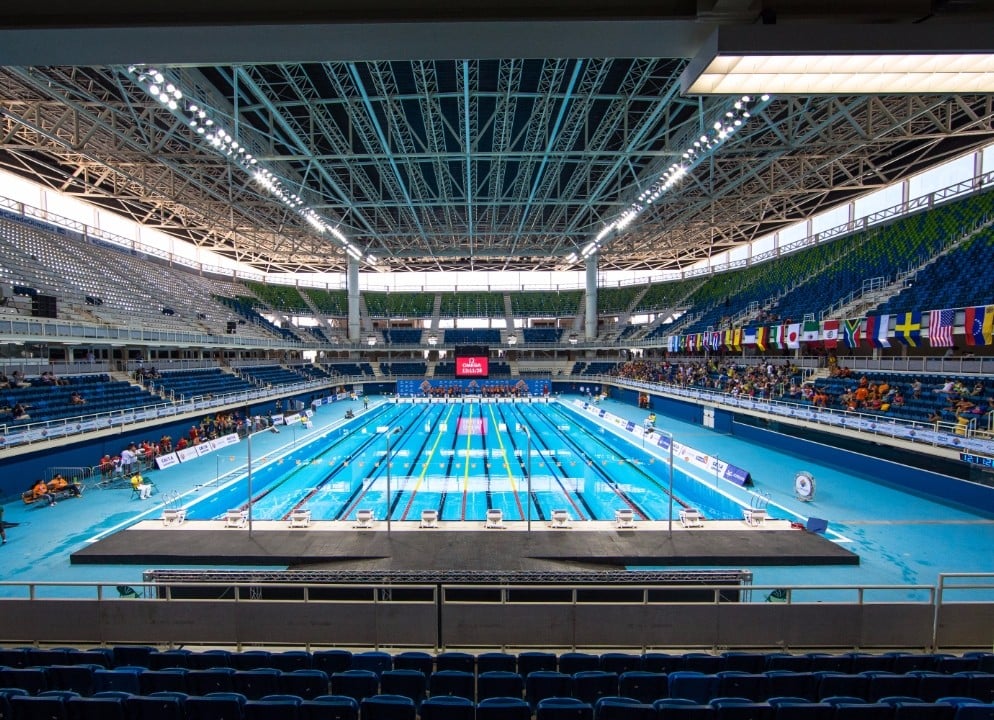 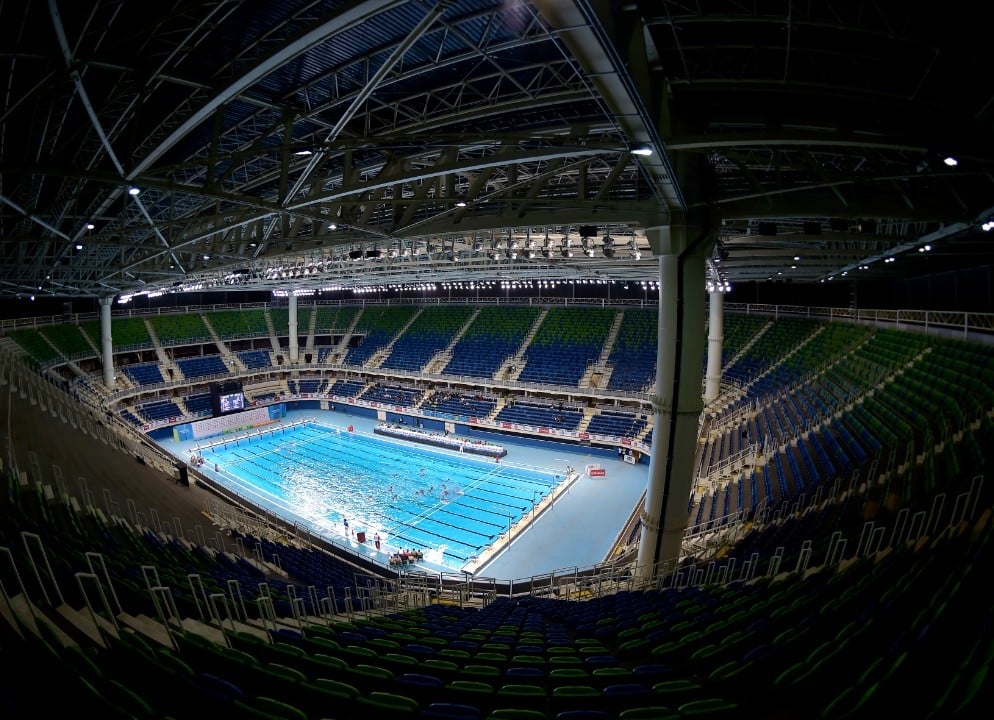 Sustainability was a major theme for Brazil bid to bring to the 2016 Games too Rio and The Olympic Aquatics Stadium utilised techniques to reflect this.

The Stadium which contains two arena’s, which can be used for swimming and water polo. It was built using ‘nomadic architecture’ techniques. This will allow it to be taken down and rebuilt as two smaller aquatics venues after the Games.

The venue employs an innovative natural ventilation system that will keep it cool while reducing energy usage. Average Games-time temperatures across the Barra Olympic Park were used to model where to place 15,000 strategically positioned tiny holes across the structure. Without these holes providing airflow through the building it is estimated an equivalent of 10,000 household air conditioning units would have been needed to artificially cool the arena.

The two pools each have for 3.7 million litres of water. With seating placed as close at 10m from each pool.

The pools both use a special filter system which is said to reduce the use of chemicals by 25 per cent. With water in each pool being maintained between 25 and 28 degrees Celsius.

The roof is made from identical steel trusses that cross the 100 m span. While valley cables grant to the PVC membrane the required shape and structural stability. The façade is constructed from steel vertically disposed tubes. These form an harmonic arrangement with the roof, granting to the arena a high architectural and engineering standard.

The temporary building structures of stands and roof are designed to allow simple disassembling, transportation and later assembling operation. Just as the Future Arena will be dismantled after the games with its parts being used to build four public schools, the Olympic Aquatics Stadium will be taken down and reused in the construction of two aquatics centres. One with a covered 50m pool and capacity for 6,000 people and the other with a 50m pool with capacity for 3,000 people.

The Olympic Aquatics Stadium in numbers 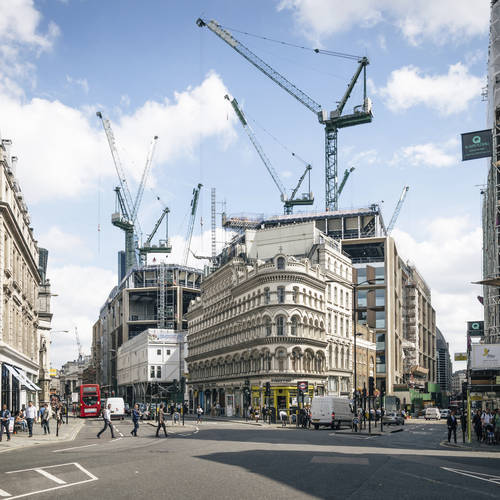 Exploring the challenges of the UK engineering skills gap

Dr Catherine Hobbs, Head of Department for Engineering Design and Mathematics at the University of West England (UWE)...