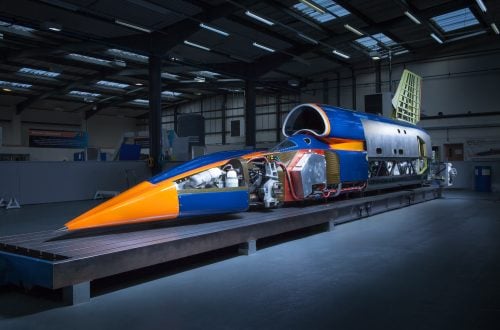 Bloodhound SSC has announced that it will be making its first real-world test later this year.

The beautifully engineered Bloodhound is constructed around an EJ200 jet engine which forms its primary propulsion system (the engine is on loan from the MOD).

Originally conceived in 2007, it has taken nearly 10 years to construct and will take to the track in October this year.

Bloodhound SSC revealed that the rocket-powered car will attempt to smash the current land speed record sometime “in the next few years“.

However, those wanting to catch a glimpse of it in action before then will be able to see it attempt to travel under its own power for the first time at Newquay Airport in Cornwall.

The team will be performing a number of slow speed test designed to shakedown its design elements on October 26. The car should reach speeds of up to 220mph before reaching the end of the 9,000 foot runway.

The test will mark the first time its driver Andy Green (a former RAF fighter pilot) has been able to test out the car’s instruments and controls in the real world.

However, it is believed that over the next year the team will take the Bloodhound to Hakskeen Pan, a dried-out lake bed in Northern Cape, South Africa. It is here that they will try to reach 800-1000 mph – trashing the existing 763mph world record set 20 years ago by Mr Green in the Thrust SSC.

Bloodhound SSC is based by Bristol’s Western docks close to the SS Great Britain. Researchers from the University of Zurich have simulated the formation of our entire Universe on a supercomputer. This... 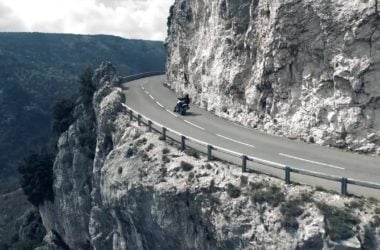 The Design and Technology Association is giving D&Ts reputation a boost with three fast-paced new films. The films are aimed... 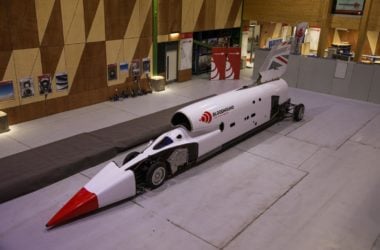 Bloodhound gets brand new HQ, a new name and a new paint job

Born to Engineer favourite Bloodhound was saved from bankruptcy late last year by Ian Warhurst. https://www.youtube.com/watch?v=zBaMx6nYNVE The result of that... 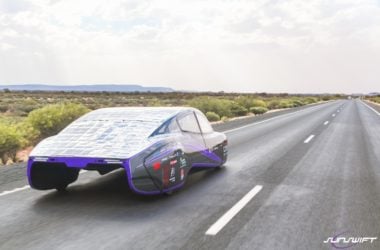 A team of Engineers from the University of New South Wales (UNSW) have crushed the solar-powered car efficiency record. Advances...