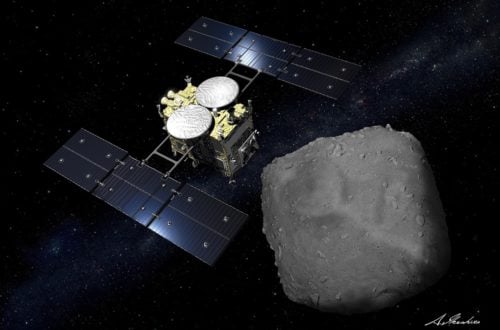 Japanese spacecraft Hayabusa2 has successfully dropped a cricket-ball sized bomb onto 162173 Ryugu to better understand the origins of our Solar System.

At 03:13 am today Hayabusa2 approached the asteroid; released its copper “explosive” payload at the asteroids surface, then blasted back into a safe position in orbit – manoeuvring around the asteroid to avoid debris thrown up by the explosion. 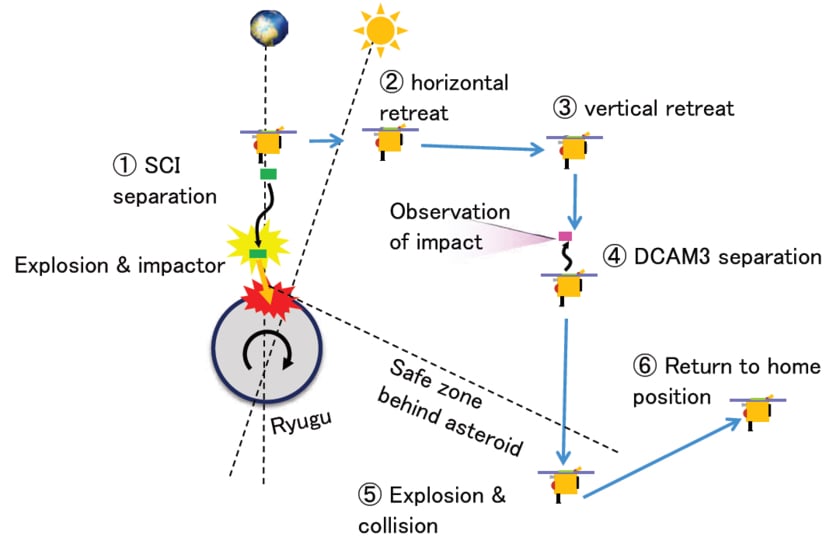 The Japan Aerospace Exploration Agency (Jaxa) confirmed the success of the mission later this morning.

While the mission carried substantial risks of damage to the craft the huge distances involved meant it took around 45 minutes for the two kilograms explosive “small carry-on impactor” to get between 800 to 1,000 feet above the surface of the rock before detonating.

The mission’s objective was not ‘hit’ Ryugu’s surface directly but instead, use the explosives to fire a large copper bullet into the ground.

The explosion above Ryugus surface hurled the copper disk into the ground at 4,500 miles per hour which will have blow a large hole in the tiny asteroid.

Hayabusa2 will now study the crater which Jaxa intend to now collect underground samples from.

Hayabusa2 was able to take pictures of the explosive being released and heading towards the asteroid which will be released in the coming days. Jaxa is now analysing data to find out if the bomb made a crater. 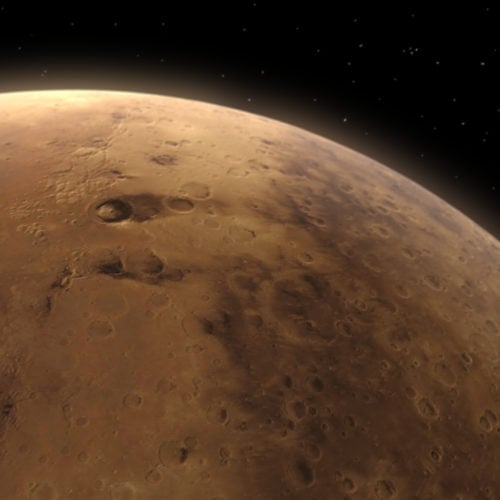 The discovery of life on Mars would get pretty much everyone excited. The scientists hunting for it would...