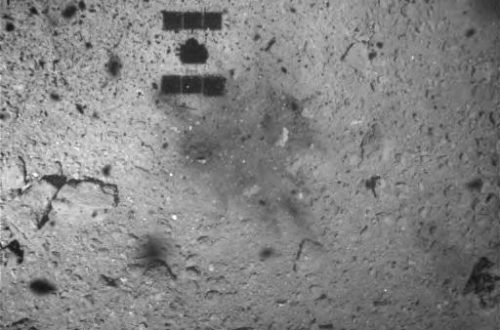 The Japanese space agency (Jaxa) has just released new images from Hayabusa-2 showing a dark splodge where it touched down on the surface of an asteroid last week.

Hayabusa-2 touched down on asteroid Ryugu last week to collect samples of rock which will be returned to Earth. The craft completed its 3.2 billion km journey in June 2018. 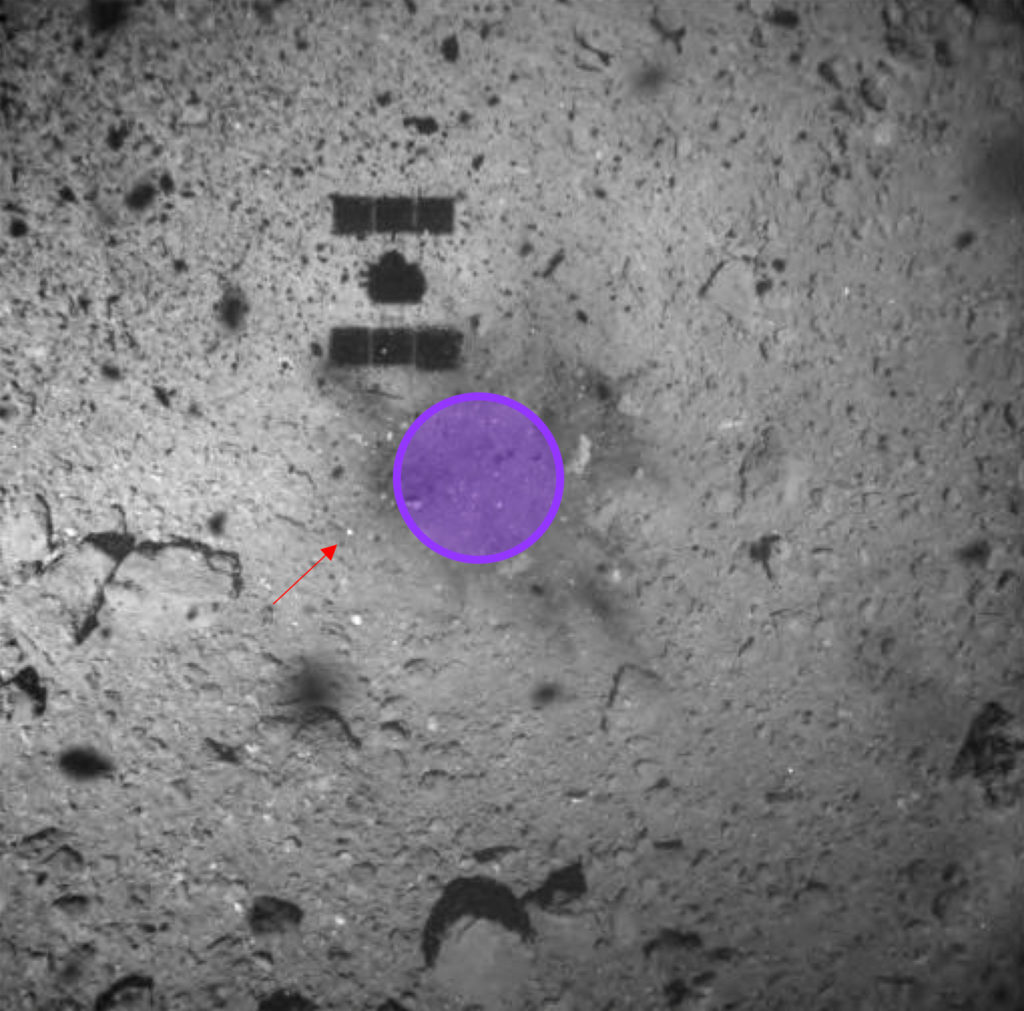 Touchdown image overlaid with the planned touchdown site. The dot at the end of the arrow is the target marker.

Jaxa believes the discolouration would have been caused either by grit blown upwards by the craft’s thrusters or by the tantalum bullet it fired into the ground.

[TD1-L08E1] 2/22 at 8:42 JST. The following has been confirmed at Gate 5:
・Projectile was command to fire.
・Normal sequence.
・Spacecraft state is normal.
Based on this, we determined touchdown was successful! A detailed analysis will now be done.

Hayabusa-2 sampling mission relied on deploying a ‘sampler horn’ to catch particles. The 1m sampler extends out of the the bottom of the craft.

Once it landed on the rocky asteroid it fired a 5g metal bullet made from tantalum into the ground at 300m/s. The particles the impact created would then fall into the ‘sampler horn’ for collection and analysis.

Once the sampling mission was complete Hayabusa lifted off and returned to a position of 20km above Ryugu. 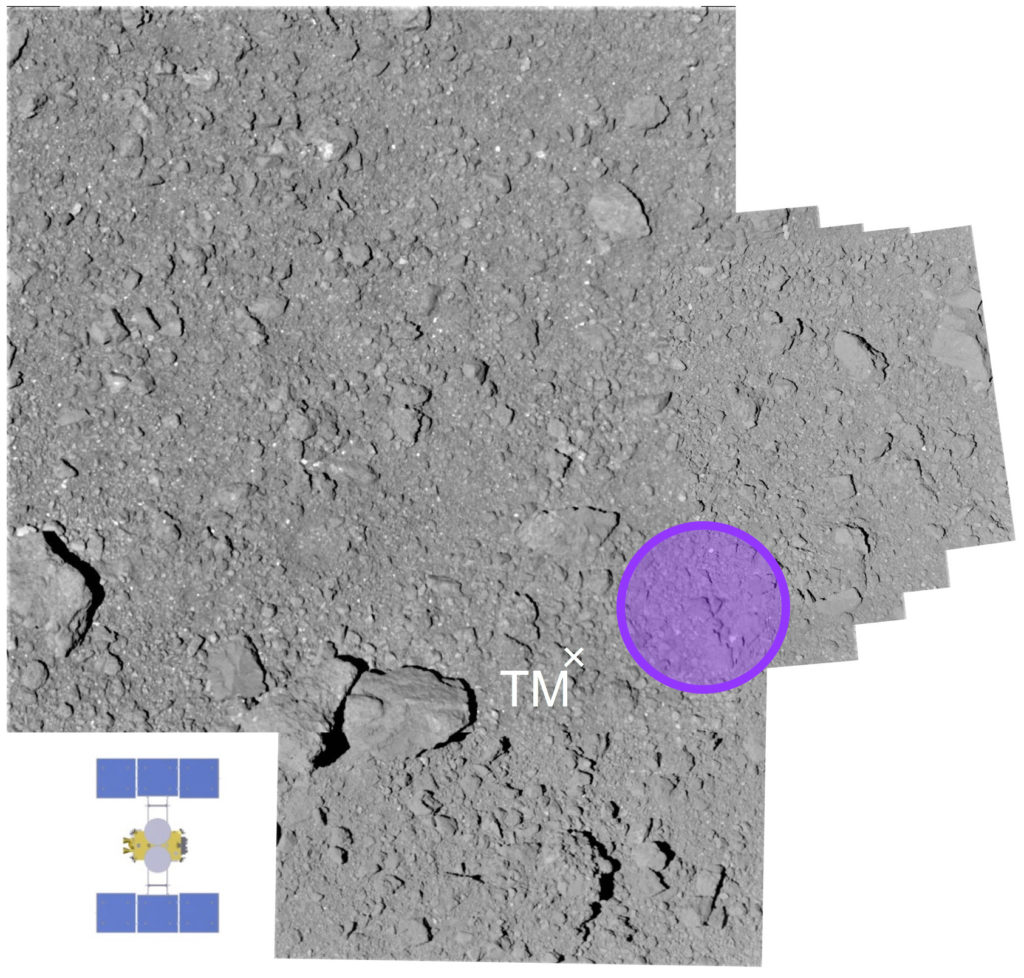 The controllers at Jaxa were actually aiming at a target around 6m in diameter around 4-5m away from where the craft actually touched down.

The plan had been to complete sampling late last year but images of Ryugu showed the orginal 100m diameter landing site was covered in large boulders.

Jaxa decided to delay the mission to find a flatter spot to land. Forcing the team to pick the new pinpoint touchdown site which was only 6m in diameter. 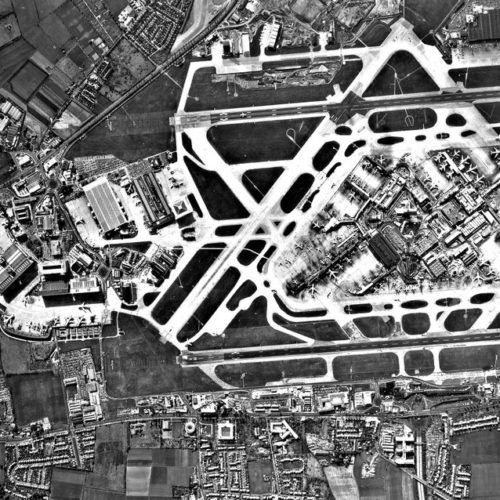 Cambridge Digital Library has released a collection of aerial photographs which act as a historical Google Earth. The...

SkyDrive, a Japanese flying car, has successfully completed a modest test flight with a person aboard. https://www.youtube.com/watch?v=xA9ah0zf9MQ&feature=emb_title The test, which...

Have you got what it takes to become an astronaut in the new era of human spaceflight?

Millions of people watched breathlessly as astronauts for the first time successfully travelled to the International Space Station (ISS) in...