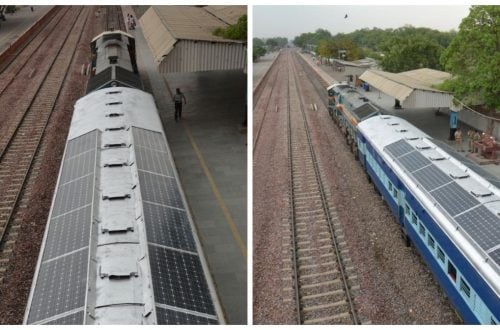 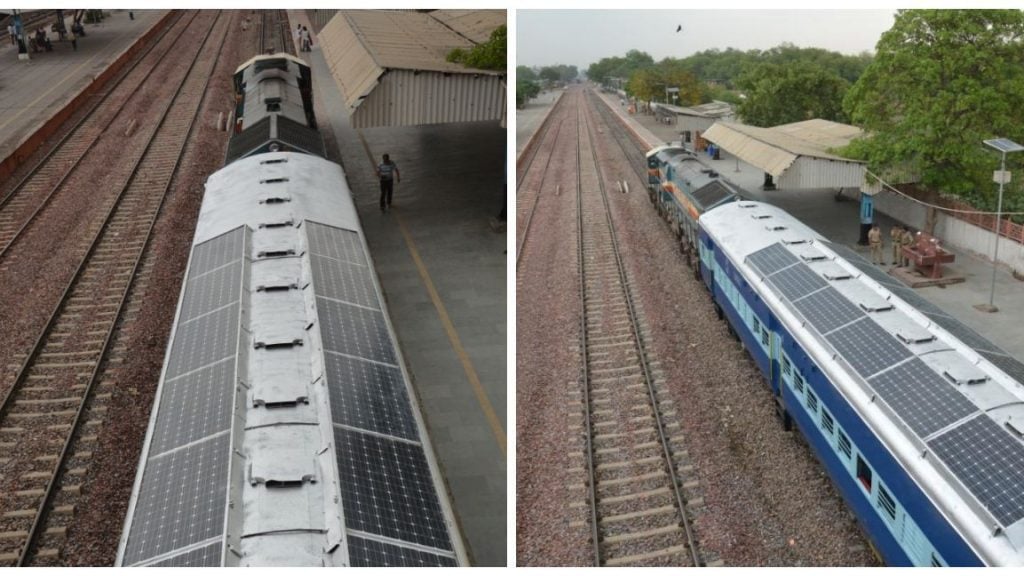 On July 14, Indian Railways revealed its first train coach with rooftop solar panels. These new panels will be responsible for powering lights, fans, and information display systems inside passenger coaches.

While the trains themselves will still be powered by a diesel-powered locomotive – the panels will replace the smaller diesel generators that carriages have traditionally relied upon.

The network estimated that a train with six panels per coach could save 1,750 litres of diesel a month.

Indian Railways aims to generate around 1,000 megawatts of solar power by 2020; scaling up to 5,000 megawatts by 2025. The company hopes to reduce its fuel bill by relying more heavily on solar energy but also make process in achieving the countries overall renewable goal of 175 gigawatts by 2022.

However, as of March 2017, the company only generates 16 megawatts of solar power (well short of its 1,000-megawatt target). It hopes that rooftop generation will allow it to produce 255 megawatts more power; with an additional 250 megawatts being generated from land-based solar projects.

The first carriages will go into operation in New Delhi and will be followed by two dozen more entering service in the coming year. 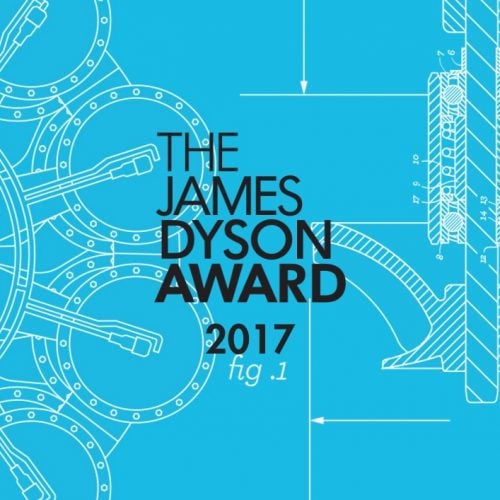 The James Dyson Award celebrates next generation of design engineers and there are only a few days left...