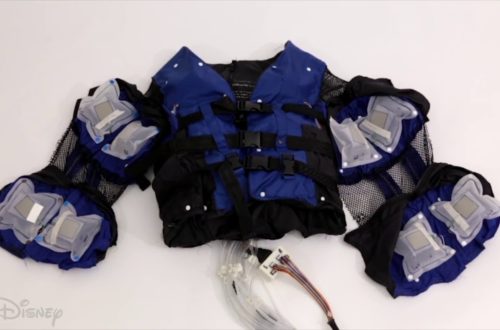 Disney might be best known for Star Wars but its R&D wing – Disney Research – has just unveiled first real-world mastery of the force – the “Force Jacket”.

The jacket is designed to apply force to a users body. Allowing them to experience a range of sensations from a hug to an animal climbing over their torso.

The idea behind the jacket is that it would be coupled with a VR headset to create a completely immersive experience. Actions in the VR world could be mirrored into the real-world using the jacket.

From the rumble pack to the Wii-remote – haptic feedback has played a basic role in entertainment systems for the last few decades. The Force Jacket provides much more sophisticated sensory feedback and will pave the way for other wearables in virtual environments.

While the device is the first of its kind it has predicted that as Augment and Virtual Reality technology improve; that the technology to create tactile sensations would have to expand alongside them.

The Dinsey team worked with Engineers from MIT and Carnegie Mellon University to build the jacket.

The jacket itself works using 26 pneumatically-controlled airbags. The jacket uses force sensors which can direct vibrations and force across the user’s upper body with a high level of precision. Developers can then use a “haptics effects editor” to control the location, force, direction and speed of force projected by the jacket.

So far the team have showcased 14 unique sensations using the jacket from being hugged; to slime dripping down your back.

The jacket represents the next step in 4D entertainment. Could this be the next step forward in VR technology or just the next fad? Join let us know your thoughts on Twitter or Facebook. 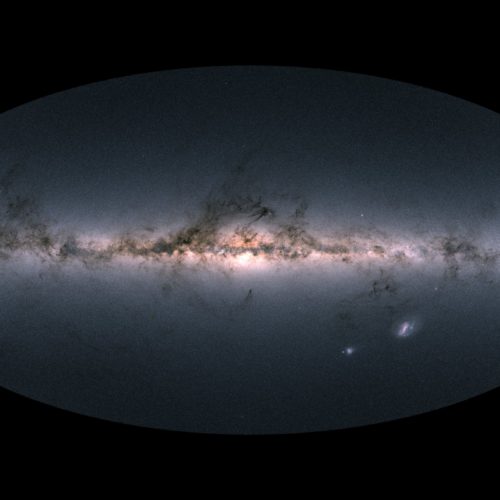 The ESA released data from its Gaia mission today. The new star map is the richest data catalogue...

Wearable technology can change autistic people’s lives – if they’re involved in designing it Many autistic people experience difficulties in expressing...