A common bright blue dye found in textile productions wastewater might be a great candiate for future battery tech.

When dissolved in water ‘Methylene blue’ (a bright blue dye which textile mills often have in their wastewater) is great at storing and releasing energy on cue.

The compound looks to be ideal for use in ‘redox flow batteries’. These large rechargeable batteries are liquid-based and could be used in future on wind farms and solar homes to store electricity.

Timothy Cook, the lead researcher of the study, explains that while “Methylene blue is a widely used dye. It can be harmful to health, so it’s not something you want to dump into the environment without treating it” which makes disposal difficult at the moment. Instead, the team were fascinated with the idea of finding a new use of it/

While the new study is a first step in assessing how—and whether—methylene blue from industrial wastewater can be used in batteries the results are promising.

Extracting the dye directly from water is costly and produces other nasty waste products. The team looked directly at how effective the compound is dissolved in that water. This would mean the wastewater could be used without additional processing.

So far the team have been able to demonstrate that methylene blue is good at important tasks associated with energy storage. 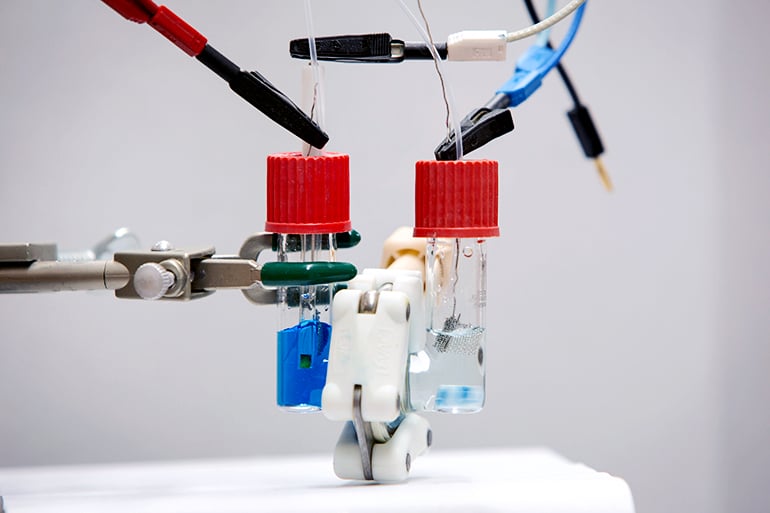 The team created a battery that used the dye—dissolved in salt water—to capture, store, and release electrons. The device worked with nearly 100% efficiency initially, but over time the battery’s capacity for storing energy fell. They discovered that molecules of the compound had become trapped within a membrane the battery needed to operate.

A second prototype used a different membrane material. This second battery was able to maintain the high efficiency of the first but without the drop off in energy storage capacity. This result means that methylene blue is a viable material for liquid batteries.

The next step to take the research forward is obtaining real wastewater from a textile factory that uses the dye. This will allow the team to test how the battery might one day operate outside the lab.

Many British towns and cities grew up around manufacturing. The north of England was once the production centre...

Chemical Engineers have taken a critical step in creating the next generation of silicon-based lithium-ion batteries. The team, working at... "Space" is a valuable commodity when it comes to CubeSats! Engineers at NASA's Kennedy Space Center and the University of...