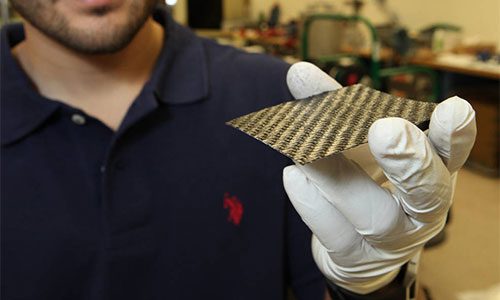 “Space” is a valuable commodity when it comes to CubeSats! Engineers at NASA’s Kennedy Space Center and the University of Miami have developed an ultra-thin, solid-state battery, which should allow for more instruments to be packed into these tiny satellites, provide power on other planets, in cars or within the walls of a home.

A CubeSat is a compact satellite about the size of a shoebox. As they are so small, they are very cheap to produce and launch compared to a traditional satellite, but their tiny size means that the smaller each component can be made, the better.

The new batteries are less than 3 mm (0.1 in) thick, allowing them to potentially be incorporated into the structure of pint-sized satellites. This should allow Engineers to use the room that would traditionally house a larger battery block for larger or additional research instruments.

Each battery is made by sandwiching a solid-state battery layer between two layers of compressed carbon fibre.

Engineers start with only a few squares of carbon fibre stacked on top of each other, they then place the stack in a vacuum bag and “debulk” it by sucking all the air. This compresses the layers together, and after a few hours they can be removed from the vacuum bag and placed in a 250°F oven to allow the resin to set and bind the fibres together. 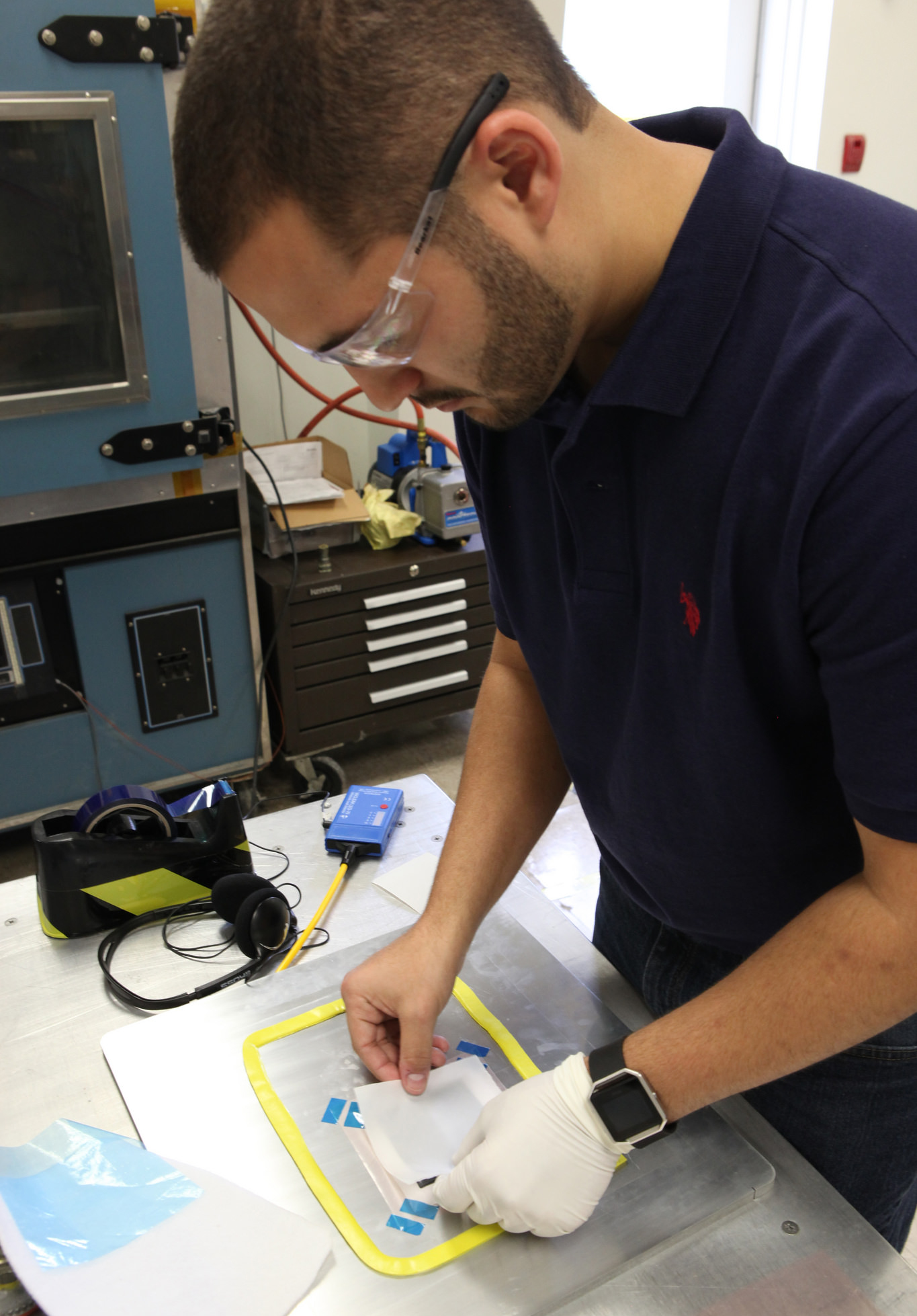 Daniel Perez, Ph.D., a graduate student from the University of Miami, prepares layers of the prototype structure for a new solid-state battery in the Prototype Laboratory at NASA’s Kennedy Space Center in Florida. Photo credit: NASA/Dimitri Gerondidakis

“Rather than placing a battery in the experiment taking up 20 to 35 percent of the available volume, the battery now resides in the payload structure, thereby opening up additional free space for researchers to perform more science.”

The new batteries could also be used for other applications from backup batteries in our homes, within cars or to power other spacecraft, habitat structures and probes on distant planets.

The next step will be to look for ways to reinforce their composition (making them more resistant to damage by force, heat or water) and to begin electrically and mechanically testing them.

A new startup company, Agility Robotics, has spun off from Oregon State University and successfully introduced Cassie. This...