A Lunar gold rush has just kicked off start Could exhaust the solar system in fewer than 500 years 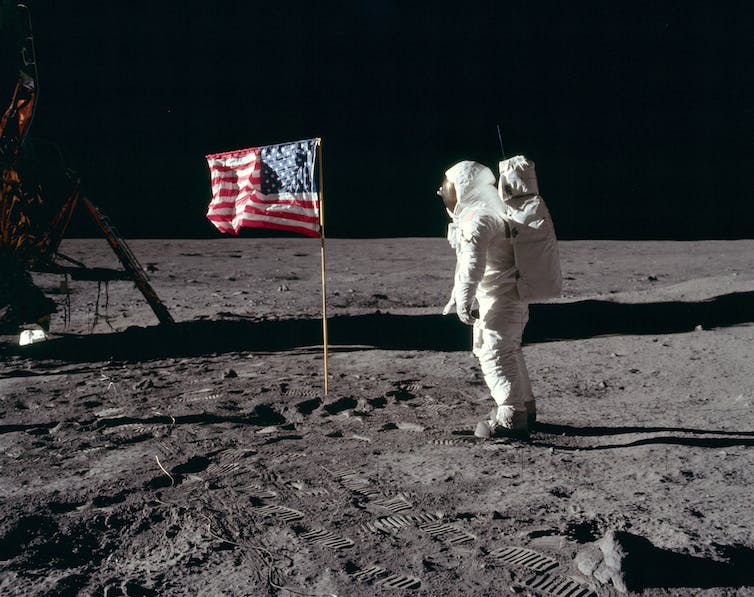 The US president, Donald Trump, has stuck to his plan to send humans back to the moon in the next five years, recently giving the project a US$1.6 billion shot in the arm. Whether he succeeds or not, the first successful landing on the lunar far side by China, the European Space Agency’s recent “lunar village” concept and a myriad of private companies all gearing up for commercial human spaceflight indicate that a human return to the moon may be about to begin in earnest.

But is it a good idea? A new study suggests that, to avoid material exhaustion of the solar system, humans ought to limit ourselves to developing just one-eighth of the available resources. As we may be witnessing the start of a new lunar gold rush of sorts, this new proposal may be put to the test sooner than we think – and the moon will serve as an early test bed.

The reason for this has to do with something called the “doubling time” – how long it takes for a quantity to double. For example, an economy which grows at 10% per annum would double in value in 7.3 years. When it comes to space, only three doubling times are necessary to go from one-eighth to 100%.

In other words, once we reach a point where we have consumed one-eighth of the solar system’s resources, it would take only three doubling times to consume the rest. At a modest rate of 3.5% growth per year in material consumption of space resources, the one-eight point would be reached after 400 years. However, at this point it would take less than 60 years to use up all the remaining resources in the solar system, creating an enormous problem for any future space economy – and leaving very little time to find a solution.

The paper therefore suggests keeping the remaining seven-eighths of the solar system as a “wilderness”. Such areas would be free for humans to explore, but not exploit.

The potential for resource and scientific exploitation on the moon is high. However, resources are not uniformly distributed. For example, water is going to be a much-valued commodity, given that it can be used for growing crops, to produce rocket fuel, provide air for breathing and, of course, be consumed directly by people.

Lunar water is believed to exist as ice mixed in with lunar regolith (soil) primarily in permanently shadowed craters in the polar regions, making it a finite and non-renewable resource. Certain areas of the moon are also particularly rich in titanium – again valuable ores are not present in the same quantities everywhere.

To process the resources, we will need energy. The most abundant form of energy on the lunar surface is sunlight, and generating solar energy is particularly suited to a few choice locations. On a handful of mountain peaks near the poles the orientation of the moon’s rotation is such that the sun never sets – offering an uninterrupted source of energy.

From a scientific perspective, the lunar far side presents an excellent site for radio astronomy observatories – particularly of the early universe. The Earth’s ionosphere tends to block the lowest frequency radio transmissions and create noise, even at higher frequencies.

It is likely that there are going to be competing future demands from different players for different areas of the lunar surface. So who owns what? Well, as it happens, no one country can – at present – claim ownership of anywhere in space under the Outer Space Treaty. In particular the treaty states “outer space is not subject to national appropriation by claim of sovereignty”, and that “the exploration and use of outer space shall be carried out for the benefit and in the interests of all countries and shall be the province of all mankind”.

It is worth noting that not every country has signed the treaty. In 2015, the United States passed the Commercial Space Launch Competitiveness Act of 2015 which, among other things, allows US citizens to “engage in the commercial exploration and exploitation of ‘space resources’ (including … water and minerals)”. While the act does make it clear that the US recognises that outer space is not sovereign territory, it seems a bit vague as to precisely whether a commercial private company exploiting resources in space is really acting “for the benefit and in the interests of all countries”.

If outer space, or at least one-eighth of it, really is the preserve of all mankind then does this imply that resources out there really should belong collectively to all humanity?

Let us suppose that there is some international agreement to limit our development of outer space, as the new paper suggests. Clearly it is likely to be the case that wealthy countries and/or powerful corporations will get to the moon and exploit its resources first. This scenario is not without precedent.

Deep-sea mining in international waters on Earth promises a potential mineral windfall for those who are able to exploit it, but the potential environmental impact is already causing concern. Likewise, the actions of a number of countries in the South China Sea demonstrates how easy it is for sufficiently powerful nation states to ignore international agreements or arbitration when the potential for resource wealth is present. This, presumably, could apply just as easily to private corporations or countries operating on the moon.

Does this all seem a bit far-fetched? Well, as the paper argues, we humans are not great at appreciating the impact of long-term exponential growth. In 2018 the global space sector was valued at $360 billion and is forecast to grow at 5.6% per annum. By 2026 – two years after Trump plans to return to the moon – it will be worth $558 billion. If we assume annual growth of 5% continues, then in a century the space sector would be worth 130 times its present value. In two centuries, it would be worth 17,300 times its present value and might even exceed the total wealth of the terrestrial economy.

Much of this future wealth could come from resource extraction, particularly from asteroid and lunar mining. These are timescales comparable with just a few generations of humans. Whether such a growth rate will be maintained over a century I am uncertain – but I would not bet against it.

It is often said that possession is nine-tenths of the law. As we tentatively embark upon a new human chapter in outer space, we should reflect carefully before repeating the same mistakes we’ve already made on Earth.

Written by Gareth Dorrian, Post Doctoral Research Fellow in Space Science, University of Birmingham and republished from The Conversation under a Creative Commons license. 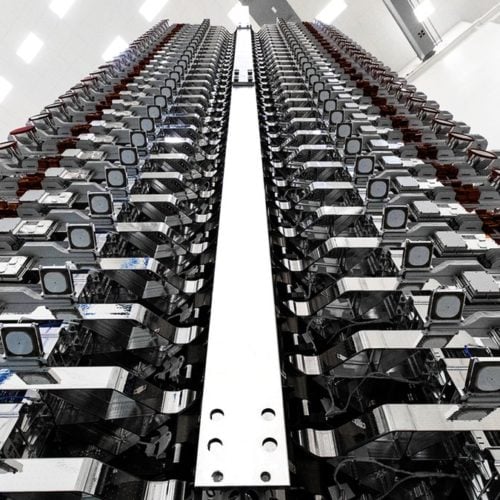 The SpaceX has successfully kicked off the roll-out of its orbiting broadband system with the launch of 60...