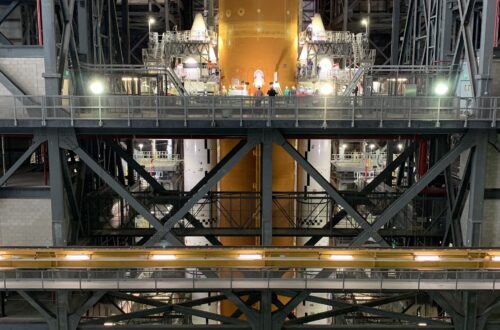 Nasa has announced that it has assembled the first Space Launch System (SLS) rocket.

The massive SLS is designed to have enough power to carry humans to the Moon later this decade. The ship is built around a huge core stage which contains four engines and field tanks. The core is then wedged between two 54m rocket boosters called SRBs which provide the thrust to get the spacecraft off the ground during the first few minutes of flight.

The craft can carry 5.75 million pounds of weight into Orbit ( equivalent to 8 fully loaded 747 jets ) and at over 322 foot the core and boosters are taller than the Statue of Liberty.

On Saturday the team at the Kennedy Space Center completed assembling the SLS for the first time. Using a heavy lift crane to hoist the core from a horizontal to vertical position before placing it between the SRBs in the middle of NASAs mobile launcher.

The structure is now outside the iconic NASA Vehicle Assembly Building (VAB).

The SLS will now be tested, checked and serviced before being transferred to a launch pad.

Above – NASA’s Space Launch System (SLS) core stage for the Artemis I mission arrived on April 27, 2021, at the US agency’s Kennedy Space Center in Florida 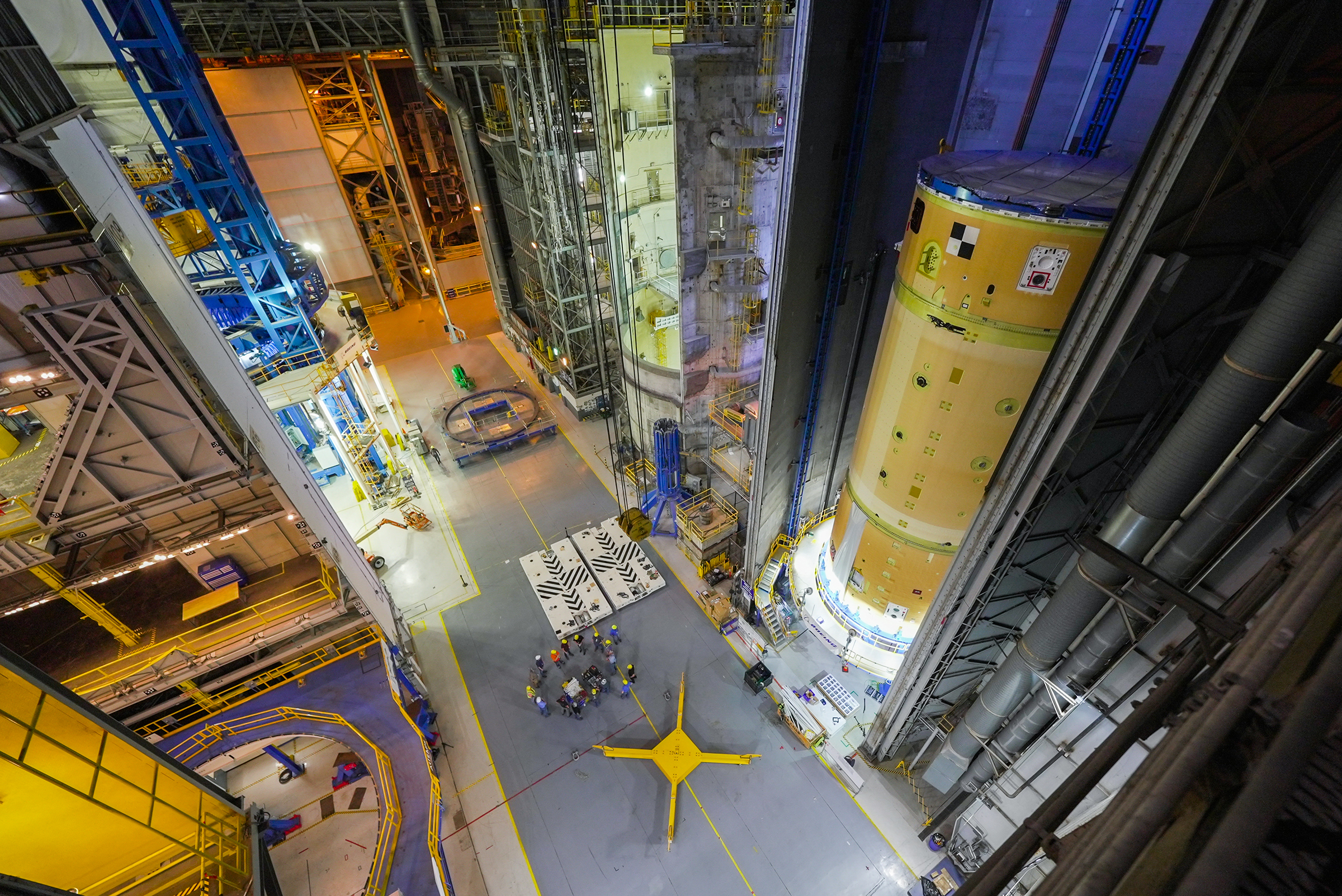 Above – NASA’s Space Launch System (SLS) team fully stacked three hardware elements together May 24 to form the top of the rocket’s core stage for the Artemis II mission. 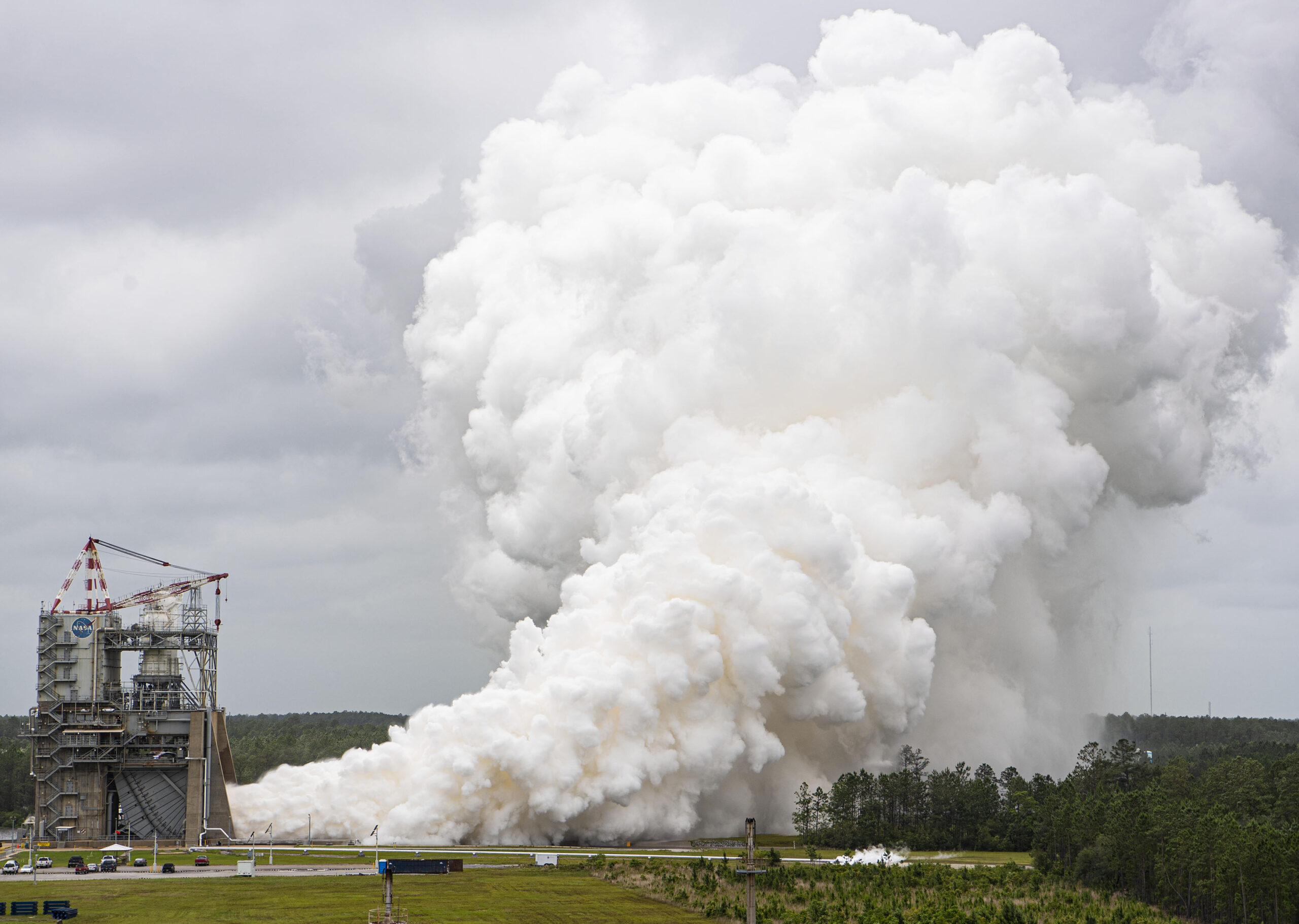 Above – NASA conducted its fourth RS-25 single-engine hot fire test of the year on May 20, 2021, a continuation of its seven-part test series. 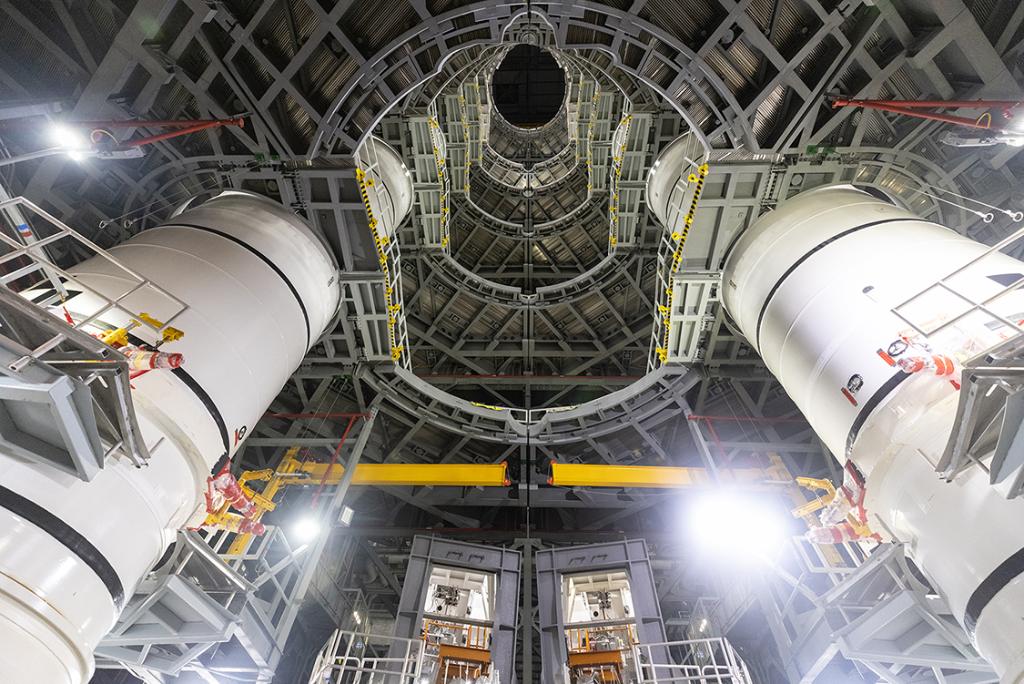 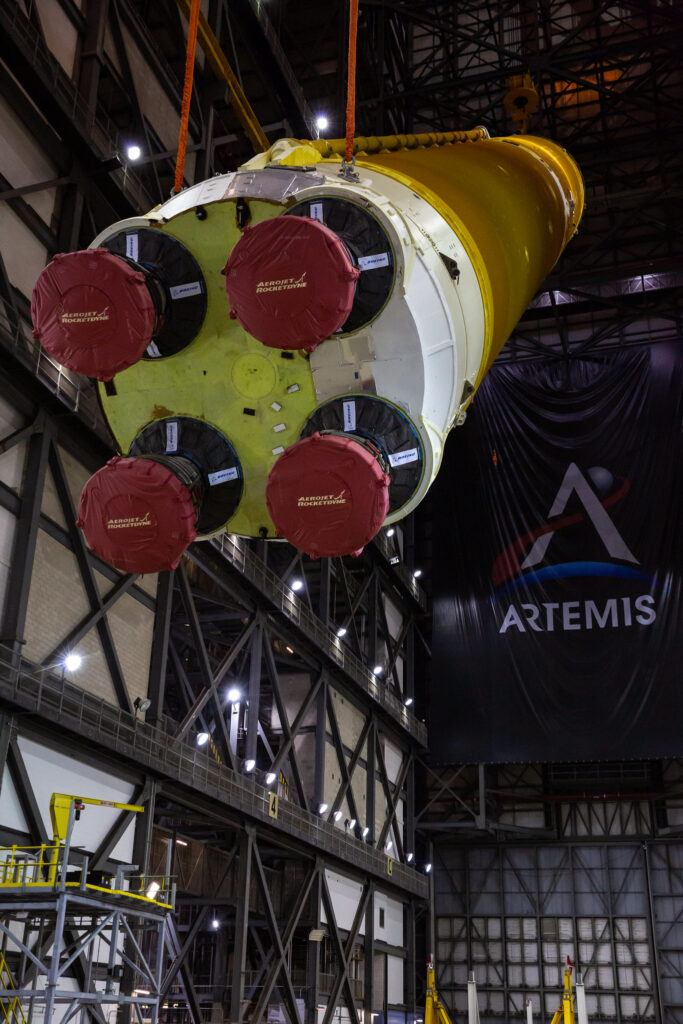 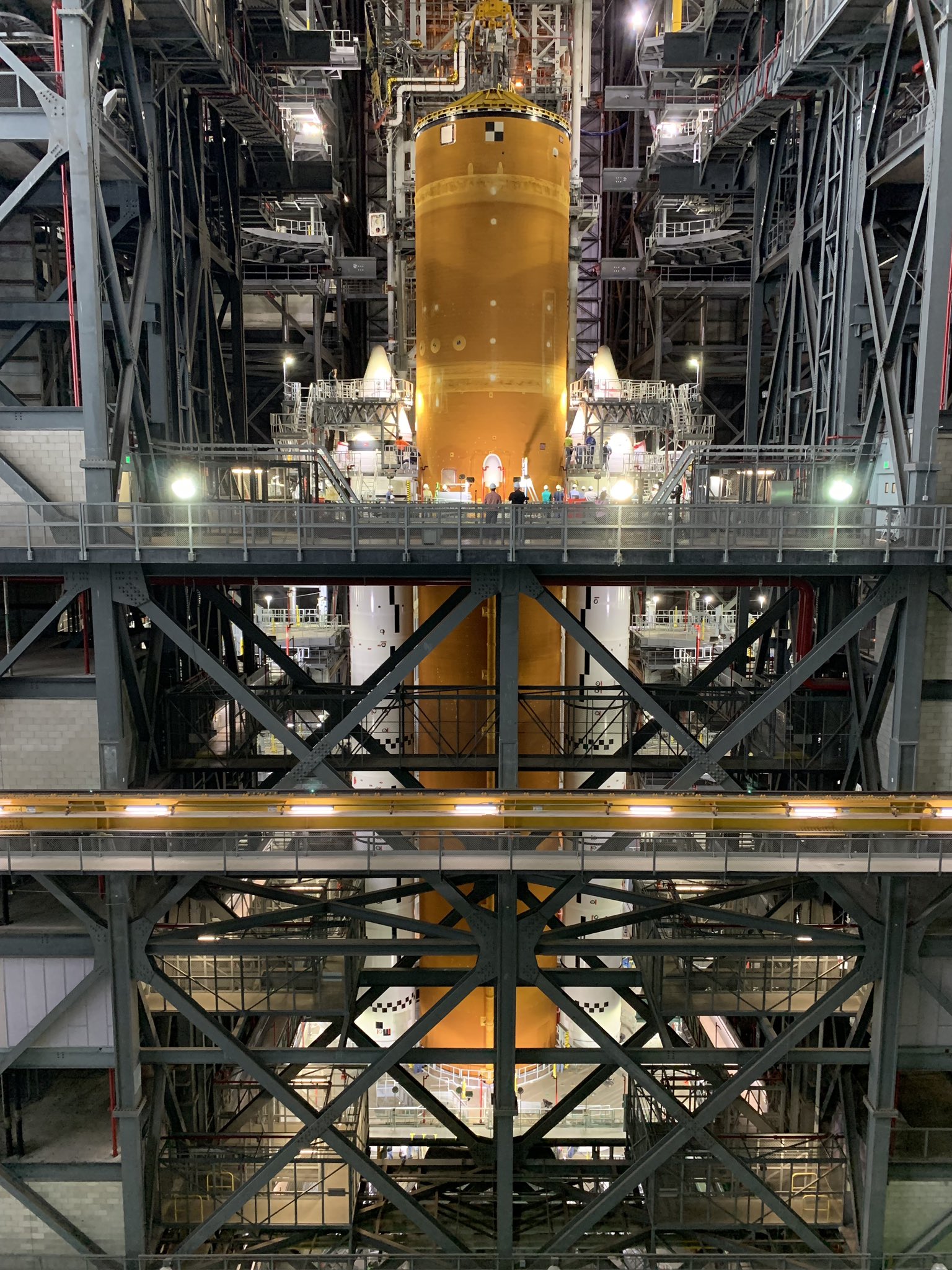 Above – June 12th – the core stage has been lowered down onto the mobile launcher in High Bay 3 of the Vehicle Assembly Building
. 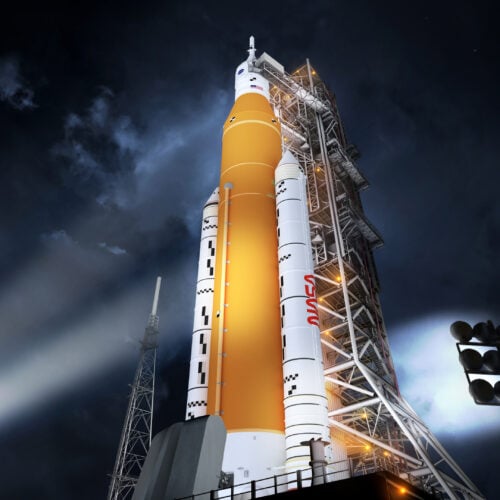 Infographic - How is NASA assembling its huge SLS rocket?

In the next few days NASA will finalise the first assembly of its huge SLS rocket. The rocket...

All Images via NASA