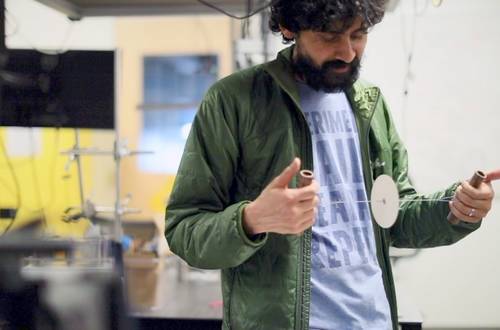 Bioengineers working at Stanford have developed an ultra-low-cost, human-powered blood centrifuge. The “Paperfuge” has rotational speeds of up to 125,000 revolutions per minute, can separate blood plasma from red cells in 1.5 minutes and requires no electricity to work.

The device is based on a “whirligig” and if you have never had the joy of playing with a whirligig this is the perfect excuse to create one.  Simply thread some string or twine through two holes in a button, grab the loops end and rhythmically pull. The coiling and uncoiling of the button will spin the button.

The purposes of the “Paperfuge” is more serious. An inexpensive human-powered blood centrifuge that is precise enough for doctors to diagnosis and treatment of diseases like malaria, African sleeping sickness and tuberculosis in the poor, off-the-grid regions has the potential to save thousands of lives.

Using the same mechanical principles as a “whirligig” the Stamford team were able to spin up the “paperfuge” to speeds of 125,000 rpm and exert centrifugal forces of 30,000 Gs. An electrical centrifuge producing similar forces would cost anywhere between $1,000 and $5,000.

Centrifuges are central in modern medicine for disease testing. A centrifuge works by separating blood components which can make pathogens easier to detect.

A traditional centrifuge would spin fluid samples inside an electric-powered, rotating drum. The drums centrifugal forces then separate fluids by density into layers within a sample tube. For blood, this allows heavy red cells collect at the bottom of the tube, watery plasma floats to the top, and parasites, like those that cause malaria, settle in the middle.

Manu Prakash, the author of the paper and an assistant professor of bioengineering at Stanford explained that “to the best of [his] knowledge, it’s the fastest spinning object driven by human power”.

Prakash was inspired to create the “Paperfuge” as he realised that “there are more than a billion people around the world who have no infrastructure, no roads, no electricity. I realised that if we wanted to solve a critical problem like malaria diagnosis, we needed to design a human-powered centrifuge that costs less than a cup of coffee”.

It took the team two weeks of prototyping before they were able to mount a capillary of blood on a paper disc whirligig and was able to centrifuge blood into layers.

The team were even able to validate their models against real-world prototype performance, and create a prototype with rotational speeds of up to 125,000 rpm, a magnitude significantly higher than their first prototypes.

The “Paperfuge” is actually the third invention to come out of Prakash lab. The foldscope was a fully functional sub-$1 paper microscope used for diagnosing blood-borne diseases such as malaria, African sleeping sickness and Chagas. The $5 programmable kid’s chemistry set was inspired by hand-crank music boxes and enabled precise analysis of a sample material in the field.

The lab is built around a “frugal design philosophy”. Prakash’s team of engineers goal is to rethink traditional medical tools to lower costs and bring scientific capabilities out of the lab and into hands of health care workers in resource-poor areas. As Prakash explains it “frugal science is about democratising scientific tools to get them out to people around the world“.

The physics and test results of this device are published in the Jan. 10 issue of Nature Biomedical Engineering. 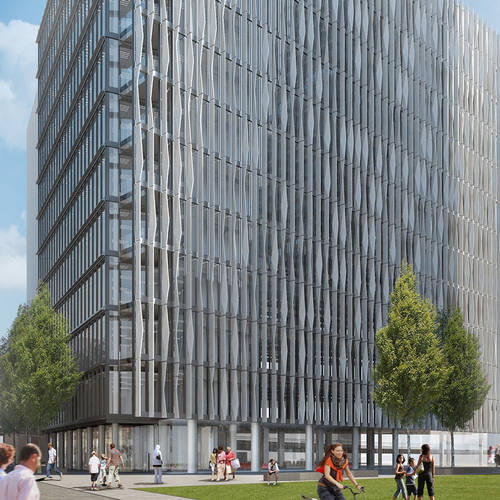