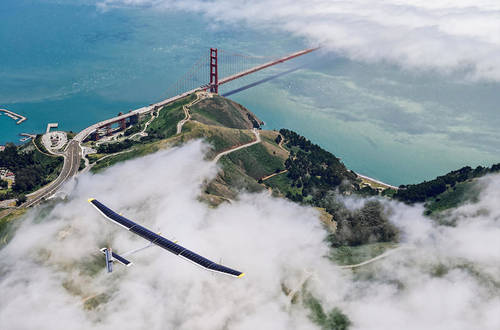 Solar Impulse II has just made history and become the first solar-powered plane to completely circle the Earth. The craft is an engineering marvel with wingspan of a jumbo 747, an engine as powerful as a motorcycle, and the weight of a family car.

The concept of Solar Impulse was conceived in 2004 when Bertrand Piccard and André Borschberg dreamt up the idea to fly around the world using only solar power.

“To build an airplane of the size of a 747 with the weight of a car, something which was considered impossible by the aviation industry, we had to develop the right mindset in order to push the limits of the technologies. With Partners who believed in the same vision, we developed solutions to make our aeroplanes very energy efficient. All these techniques can be used today in other applications to make our world more energy efficient as well.”
André Borscherg.

While the team can now celebrate, there have been many critical problems along the way that have required both technical skill and personal stamina to overcome. In particular, the team had to face off against -10°C temperatures over the Atlantic Ocean. Pilot Bertrand Piccard was then left with a constant battle to fight off hypothermia for this leg of the flight. In order to save weight the decision was made to remove components and, sadly, a heater was one of them.

Technical issues almost stopped the flight on the first day. Just before the first leg of the flight battery temperatures started to reach critical operating temperatures. The team were faced with the decision whether to cancel the flight or risk the batteries overheating. Ultimately it was decided to continue, but the batteries suffered irreparable damage, and the flight was grounded for months while they were replaced.

While the team has now achieved their goal of circumnavigating the world, their real mark in history might well be to show how already available renewable energies can be applied in innovative ways.

The team behind Solar Impulse II are now developing new types of aircraft using renewable energy. Including a solar-powered drone.

Watch some of the highlights of the flight so far.

More information on Solar Impulse can be found at solarimpulse.com 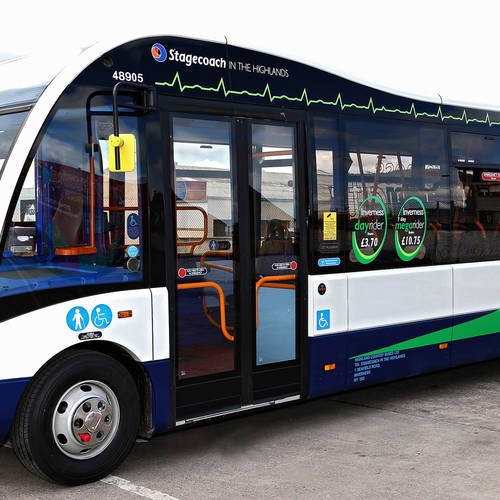 Six of the Optare Solo EV buses, operated by Stagecoach, have been modified to allow them to run...