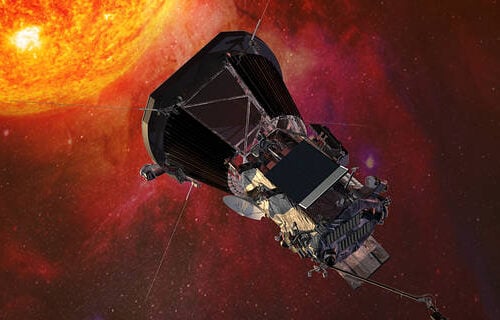 NASA ‘Parker Solar Probe’ has become the fastest object ever built – the probe clocked 330,000 miles per hour as it completed a fly-by and ‘touched the sun’.

The US space agency has confirmed that in April the Parker Solar Probe crushed two existing space records … that is also held.

At that speed you could travel around the Earth 13 times in one hour.

The probe was launched in the summer of 2018, and has been flying closer to the sun to learn more about it

The probe initially used Venus as a slingshot but as it orbits the sun it will continue to pick up speed. That means that in late November this year it will approach its next perihelion – the point in the orbit of a planet, asteroid or comet that is nearest to the sun – and it will be going even faster and be even closer to the sun.

The craft has already beamed back insights into the sun. Data released late last year has allowed scientists to more fully understand the nature of charged particles and plasma dynamics in the suns upper atmosphere. 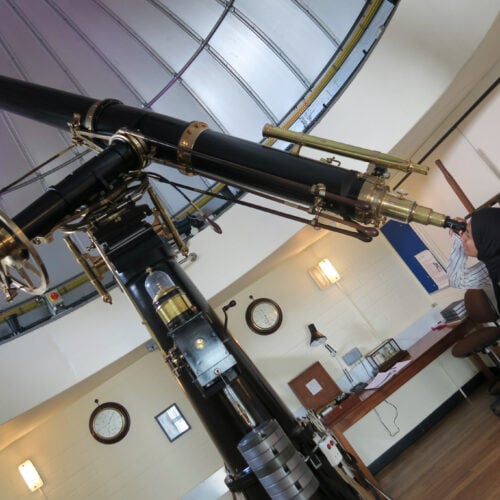 The STEM Education organisation In2scienceUK has been awarded the prestigious Queen’s Award for Enterprise. The Award recognises those who...