A new form of matter called “Excitonium” has been confirmed by a team of scientists working at the University of California, Berkeley, and University of Amsterdam

50 years ago scientists theorised the possibility of a strange material called “excitonium” but thanks to innovative experimentation, researchers have now proven its existence.

The ‘new’ material made from a type boson which that might allow the matter to act as a superfluid, superconductor, or insulating material.

Excitonium is technically a ‘condensate’ (a compound produced by a condensation reaction) made up of excitons (what you get when you combine escaped electrons and the “holes” they left).

It is only through a quirky quantum-mechanical pairing that the matter becomes possible.

In a semiconductor electrons at the edge of one energy level in an atom are actually able to jump up to the next energy level; but end up leaving behind a “hole” at the previous energy level.

Up to now, scientists didn’t have any experimental tools to distinguish whether they were detecting excitonium or another similar phase of matter.

The team behind the research were able to use a novel technique to measure the collective excitations of the low-energy bosonic particles (the paired electrons) and the “holes”.

Published in the December 8, 2017 issue of the journal Science in the article, “Signatures of exciton condensation in a transition metal dichalcogenide.“ 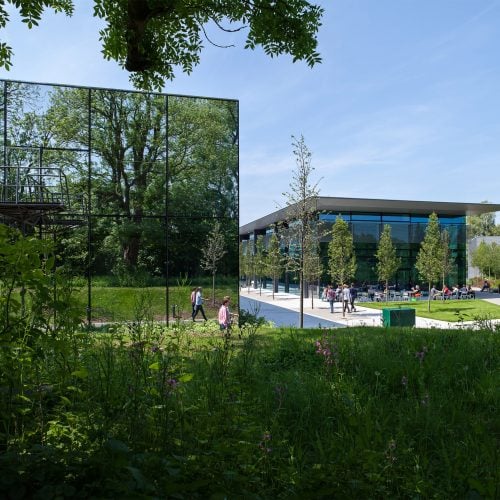 Scientists working on the LHCb (Large Hadron Collider beauty experiment) have confirmed observations of two new particles that have never...