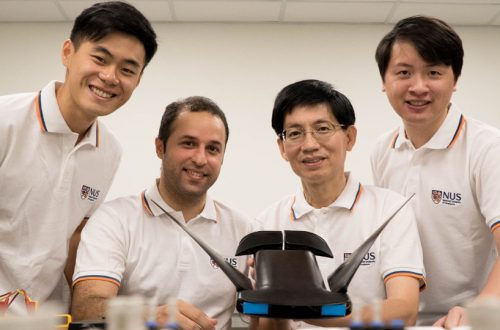 Engineers have created an aquatic robot called MantaDroid which swims like manta rays.

Like a real-life manta, this robotic ray is able to swim at double the speed of its body length per second. It can operate for 10 hours at a time and is a possible candidate for underwater surveillance in future.

Manta rays have long been considered to be one of the animal kingdoms most graceful swimmers. Yet, their propulsion mechanism is unique. It allows them to cruise from even the most turbulent seas by flapping their pectoral fins effortlessly.

It is this distinctive feature that has driven engineers to want to better understand the science behind their swimming technique.

The team called their bio-inspired AUV MantaDroid. It is roughly the size of a juvenile manta ray at 35cm long and 63cm wide; and weighs in at only 0.7kg.

The robot was designed over two years. The design was based on a detailed study of the fluid dynamics of rays and included testing 40 different fin designs. The final fins used are made from PVC sheets.

Unlike other flapping-based underwater robots that replicate manta ray’s flapping kinematics by using multiple motors to achieve active actuations throughout the fins, MantaDroid is powered by only one electric motor on each fin. We then let the passive flexibility of the fins interact naturally with the fluid dynamics of the water to propel the subsequent motions Chew Chee Meng, an associate professor in the mechanical engineering department at National University of Singapore Faculty of Engineering

Currently MantaDroid is onle of only a few alternatives to traditional propeller-based thrusters used in conventional AUVs.

The design means the AUV could operate for a longer time than traditional propeller based machines and its flat body could also be used to house sensors.

The next step for the team will be to explore how the robot works at different depths and can tackle ocean currents. 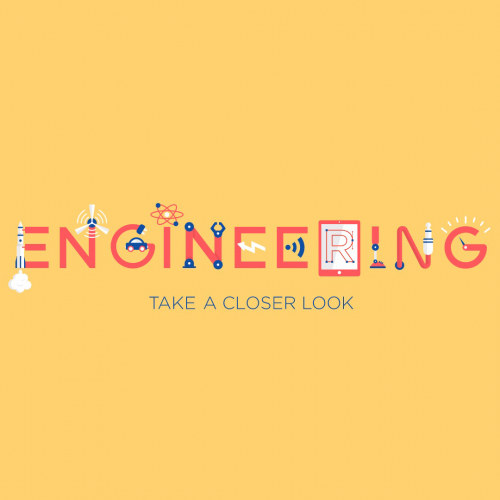 Today the Government announced a new national campaign to increase their awareness and understanding of what engineers do....

via National University of Singapore