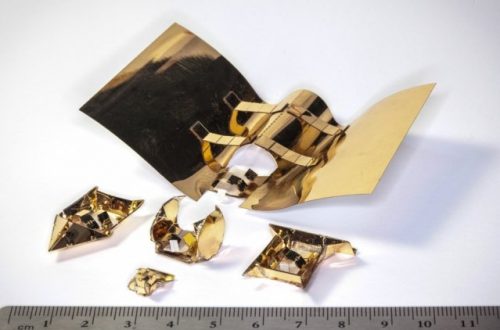 Engineers at Massachusetts Institute of Technology (MIT) have designed a simple robot which can fold its ‘exoskeletons’ to roll, float on water, glide or walk.

Butterflies sprout wings and hermit crabs switch their shells. The MIT team were inspired by nature to create this tiny shape-shifting robot which can undergo the same kinds of metamorphosis by changing its recyclable exoskeletons to walk, roll, sail, and glide.

The team dubbed the device “Primer”. This cube-shaped robot can be controlled via magnets to make it walk, roll, sail, and glide and carries out these actions by wearing different exoskeletons.

The shell initially starts out as sheets of plastic. It can then be folded into specific shapes when heated. After Primer finishes a task, it can shed its “skin” by immersing itself in water, which dissolves the exoskeleton and can then adapt itself for its next mission.

If we want robots to help us do things, it’s not very efficient to have a different one for each task … with this metamorphosis-inspired approach, we can extend the capabilities of a single robot by giving it different ‘accessories’ to use in different situations.Daniela Rus, CSAIL director and principal investigator on the project

Rather than being a jack-of-all-trades – this approach means Primer can master each task it is set.

For example, “Wheel-bot” has wheels that allow it to move twice as fast as “Walk-bot.” “Boat-bot” can float on water and carry nearly twice its weight. “Glider-bot” can soar across longer distances, which could be useful for deploying robots or switching environments.

Imagine future applications for space exploration, where you could send a single robot with a stack of exoskeletons to Mars … the robot could then perform different tasks by wearing different ‘outfits’.Shuguang Li, one of the co-authors of the study

The teams next step will be giving the robots an even wider range of capabilities. Possibly exploring abilities such as driving through water and burrowing in the sand to camouflaging its colour.

As the device is so small; the team hopes that a future robotics community might grow up around the concept and be able to share open-source designs for parts in the same way 3-D-printing enthusiasts have traded ideas on sites like Thingiverse. 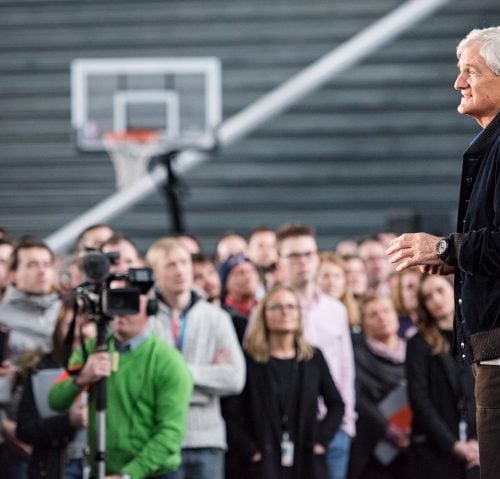 British inventor James Dyson has announced he is investing £2 billion into developing a battery-powered vehicle which he...