A drone, powered by a Hydrogen Fuel Cell, has set a new World Record after flying continuously for 331 minutes.

The record was reported by Fuel Cell Works who confirmed with Chinese media sources that the research drone had flown for 331 minutes.

China is already a world leader in drone tech with the DJI Company based in Shenzen, Guandong current accounting for 70% of the global market.

The development of a high-pressure hydrogen storage bottle was key to the record. Providing hydrogen to the fuel cells to which then generate electricity. The design, in development since 2019, uses a 2kW metal plate fuel cell and an air-cooled system and stack.

This allows the drone to keep its size and weight down while maintaining a relatively high power density. The added power means that the drone can reach high altitudes, and needed to be designed to withstand a low temperature and oxygen environment as well as high winds.

The initial flight was only scheduled to last 240 minutes but the team managed to keep the drone in the air for another 91 minutes.

For comparison; a similar large-scale all-weather drone might expect around an hour of total flight time.

Drones do not typically utilise internal combustion engines (petrol or diesel) because of the noise and vibration. Petrol powered drones need shock absorbers so the engine does not interfere with image or video capture. This adds additional weight.

This means that Hydrogen is well placed to provide a critical role as a fuel source as the popularity of drones increases across different industries. 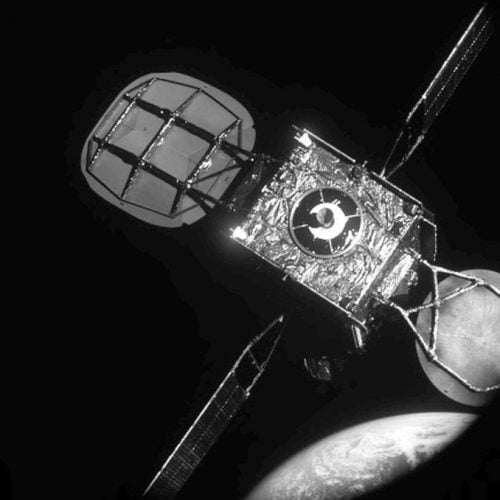 In an (out of?) the world first a spacecraft has returned an ageing satellite back into service. https://vimeo.com/408851620...