Today was a very busy day in space news.

It’s a sign of the times that today saw six major bits of space-news pass without much fanfare.

Only a few years ago any one of these stories would have been major news across all tech outlets, but with the manic pace of the modern space industry barely anyone noticed.

Blue Origin, undertook its 22nd mission to space. Blasting 6 astronauts off on a suborbital trip that took about 10 minutes to complete.

The New Shepard rocket blasted off just before 10am ET and landed safely in the Texan desert.

Sara Sabry, a biomedical engineer was picked by by nonprofit Space for Humanity for the trip and is the first person from Egypt to go into space. While investor Mário Ferreira was the first Portuguese to make the journey.

The Terrestrial Ecosystem Carbon Inventory Satellite (TECIS 1), as the name might suggest, has been created to track vegetation across the world to better understand the effect of aerosols.

While the other two will collect journey data from aircraft and ships.

China also revealed that a second launch of a March 2F.

This time it was a test of a new reusable rocket tech – this will orbit the Earth for an undisclosed period before returning to reuse. The craft is rumoured to be a spaceplane.

SpaceX has partnered with South Korea for its first Moon mission.

The SpaceX’s Falcon 9 rocket took off at 7:08pm ET and will will attempt to send the Korea Pathfinder Lunar Orbiter (KPLO) to a lunar orbit.

The craft is designed a technology tester for future lunar missions but won’t reach the moon until the middle of December.

5 – The US ‘might’ have launched new spy satellites from New Zealand.

The National Reconnaissance Office (NRO), who operate the USAs spy satellites network saw a number of liftoffs thanks to Rocket Lab.

The tiny classified payloads were sent to orbit at 1am ET from the Rocket Lab spaceport in New Zealand.

The satellite is the final piece in a six-satellite constellation for Space Force’s Space Systems Command which started it’s deployment back in 2011. It will detect and track missiles 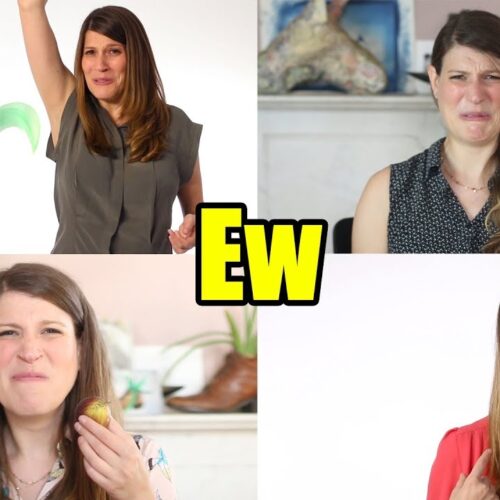 Gross Science is all the bizarre slimy, smelly, creepy stories that bring science to life. https://www.youtube.com/watch?v=9DQTjv_u3Vc The channel...