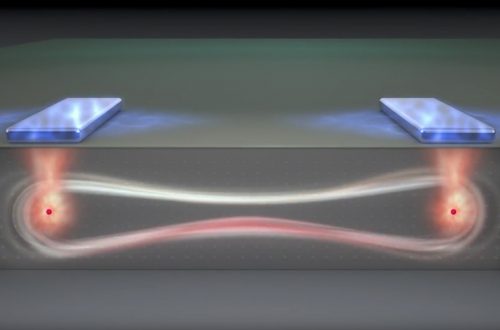 Australian quantum-computing-engineers have designed a new type of qubit. Qubits are the building block of quantum computers and the new development should finally make it possible to manufacture a true, large-scale quantum computer.

By coding information in both the nucleus and electron of an atom the team were able to create a new silicon qubit – which they are calling a ‘flip-flop qubit’.

The ‘flip-flop qubit’ can be controlled by electric signals, instead of magnetic ones, which means it can maintain quantum entanglement across much larger distances than ever before.

The practical result should be cheaper and easier to build scalable quantum computers.

Up to now, there have been a number of ways to make a quantum computer. While most of the existing methods are incredibly complex (with a few simpler exceptions) all require you scale up the physical space to house the system when you try to increase its processing capacity.

While physical space might seem cheap compared to the cost of developing these incredible systems – once you try to scale up the number of qubits in a system to hundreds or thousands physical scale quickly becomes unfeasible.

If they’re too close, or too far apart, the ‘entanglement’ between quantum bits – which is what makes quantum computers so special – doesn’t occur Guilherme Tosi, from the University of New South Wales in Australia

The new type of qubit should be able to offer true quantum entanglement across a distance of hundreds of nano metres making silicon-based quantum computers scalable. The team, so far, have only created a blueprint of the device but the development of the concept is ground-breaking.

How does the flip-flop qubit work?

The new flip-flop qubit is able to work by coding information on both the electron AND nucleus of a phosphorus atom implanted inside a silicon chip. This is then connected to a pattern of electrodes and the system is chilled close to absolute zero and bathed in a magnetic field.

A qubit’s value can then be determined by combinations of a binary property called spin (for example if the spin is ‘up’ for an electron while ‘down’ for the nucleus, the qubit overall value would be equal to 1. Reverse that and its value would be 0). By using the superposition of the spin-states quantum operations can be processed by the system.

Because the flip-flop uses an electric field instead of magnetic signals it becomes easier to integrate with normal electronic circuits and can communicate over larger distances. This new type of qubit should make future quantum computers small and potentially affordable. 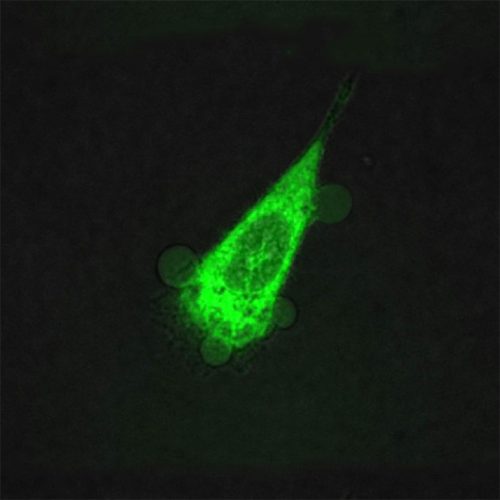 An international team, including bio-engineers from Durham University, have used motorised molecules driven by light to drill holes...