How is Engineering Providing Solutions for Clean Water? 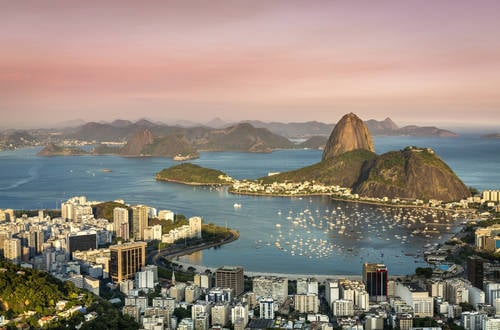 According to 2016 research by the Water Research Foundation, the average household uses over 300 gallons of water every day, with indoor water usage accounting for about 70 percent of the total usage. The toilet accounts for 24 percent of indoor water use, whereas showers and faucets account for 20 percent and 19 percent, respectively.

With 12 percent of the water lost to leaks, engineering offers several solutions to these types of real-world water problems that can improve lives.

People across the world have a huge appetite for water. Unfortunately, emerging challenges, including population growth, climate change, and crumbling water infrastructure, may make it difficult for many to have access to clean water. To prevent this from happening, engineers need to develop suitable solutions to these problems.

Freshwater is a scarce commodity on earth. In fact, of the world’s 332.5 million cubic miles of water, only 4 percent is fresh water. The other 96 percent is saline. Of the 4 percent that is clean water, rivers constitute about 300 cubic miles or 1 percent of the total water. Additionally, 68 percent of freshwater resources are locked up in ice and glaciers, whereas groundwater resources make up 30 percent.

For example; Americans use over 400 billion gallons of both fresh and saline water every day. The biggest consumers of water in the United States are the electricity and agriculture industries, accounting for 80 percent of the daily consumption.

The former requires enormous amounts of water for cooling thermoelectric power plants, whereas the latter requires enormous quantities to grow crops. On the other hand, the municipal supply and treatment systems account for only 11 percent, or 44 billion gallons, of the daily consumption numbers.

Unfortunately, the United States may be unable to meet its water requirements shortly because of climate change. Recent research shows that 70 percent of US counties could experience acute water shortages due to climate change, economic boom, and population increase. For instance, the Upper Colorado River Basin experienced a severe decade-long drought between 2000 and 2010, causing Colorado River flows to fall by nearly 20 percent on average below the 1906–1999 levels. Moreover, by 2014, the protracted drought had caused the water levels in Lake Mead and Lake Powell, the two largest reservoirs in the United States, to fall by almost 60 percent despite being full at the start of the drought (2000). is according to a recent study published in Water Resources Research.

Sadly, the US Department of the Interior’s Bureau of Reclamation says that the Colorado River supports about 40 million people across seven Western US states and two Mexican states. In addition to shrinking water resources, protracted droughts and climate change also reduce snowpack, increase temperatures, and cause mountain snow to thaw earlier.

Popular in many parts of the world, particularly the Middle East, the desalination process extracts salt from seawater, thereby turning it into fresh water. According to the International Desalination Association (IDA), there are currently over 18,000 desalination plants worldwide across 150 countries. These plants provide over 300 million people with fresh water. However, the desalination process is generally expensive because it requires a lot of electricity. To put that in perspective, desalination plants around the world consume more than 200 million kilowatt-hours per day. Because of this, energy accounts for up to 55 percent of a plant’s total operational and maintenance costs. Thankfully, engineers are constantly developing solutions aimed at lowering the cost of desalination. One such solution is increasing the diameter of the membranes. A membrane with a larger diameter can process more water, so desalination plants are increasingly replacing their eight-inch membranes with 16-inch membranes with tinier pores (just 10 to 20 nanometers across) and four times the active area.

The agriculture industry is one of the biggest consumers of fresh water because crops need water to grow and thrive.

Research shows that crop irrigation accounts for about 40 percent of the freshwater used in the United States. What’s more, although pressure irrigation systems account for between 58 percent and 65 percent of the irrigation systems used in the United States, farmers are increasingly using precision technologies, including drones, sensor networks, and data analytics, to increase efficiency and reduce costs. Furthermore, over the past two decades, improved irrigation monitoring techniques have enabled almond growers to reduce the amount of water required to produce a pound of almonds by as much as 33 percent.

The Orange County Water District’s water recycling plant is the world’s most extensive system for water purification and potable reuse, with a capacity of 70 million gallons. It is worth noting that, although the process of recycling wastewater requires a lot of energy, the process produces significant amounts of methane-containing biogas.

Engineers are currently developing a prototype biogas-fed fuel cell system that’s able to satisfy 30 percent of the electrical needs of wastewater treatment and 100 percent of the average thermal requirements of the treatment process.

The Need for a Water Infrastructure Overhaul

Global water infrastructure is dilapidated and in urgent need of an overhaul. In fact, in its 2017 Report Card for Global Infrastructure, the American Society of Civil Engineers (ASCE) gave the country’s drinking water and wastewater infrastructures D and D+ grades, respectively. Additionally, the 2015 AWWA State of the Water Industry (SOTWI) report prioritised the overhaul of the water provision infrastructure.

Upgrading the water infrastructure would require substantial capital investments. In 2010, for instance, the US Environmental Protection Agency (EPA) estimated that it would take $91 billion to upgrade the country’s drinking and wastewater infrastructure, including pipes, storage facilities, and treatment facilities.

Still, this investment is necessary. Even America loses over 1.7 trillion gallons of fresh water every year because of broken and leaky pipes. More importantly, it would ensure the quality of drinking water remains high, which is essential considering the 2014 water crisis in Flint, Michigan. Unfortunately, these problems are unlikely to be adequately resolved because of funding gaps. For instance, only $36 billion out of the $91 billion required was funded, leaving a $55 billion funding gap.

Even worse, the EPA projects the deficit will soar to $126 billion by 2020 and $196 billion by 2040. It is worth noting that the ASCE believes that the country needs to invest in water and wastewater treatment infrastructure to cope with consumer trends and technologies.

The Last Word on Engineering and Clean Water

The worlds water infrastructure is old and decaying. For this reason, it often causes problems, such as the loss of trillions of gallons of fresh water annually through leakage and water contamination. These are serious problems considering that clean water is becoming increasingly scarce because of climate change and population growth. To ensure freshwater security, engineers have developed various solutions, including large-scale desalination, efficient agricultural technologies, and efficient wastewater treatment technologies.

Up to now the dynamics of Jupiter’s atmosphere was a mystery to scientists. The gas giants atmosphere is...