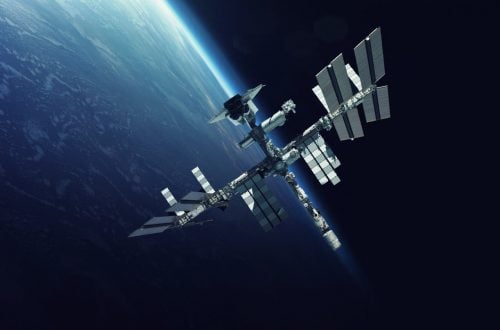 Space junk: a recycling station could be cleaning up in Earth orbit by 2050

There are about 22,000 large objects orbiting the Earth, including working and broken satellites and bits of old rocket from past space expeditions. If you include all the equipment dropped by astronauts while floating in space and the debris from colliding satellites down to around 1cm in size, there are about one million bits of space junk in Earth’s orbit.

These numbers are likely to be underestimates. With more satellites and rockets launching each year, collisions with space junk are becoming more likely. Losing a satellite could mean your TV reception is poor or the weather forecast is a bit less reliable. But it could also mean aeroplanes can’t navigate properly and people aren’t made aware of a tornado that’s bearing down towards them.

A long-term solution is needed to clean up space. The Gateway Earth Development Group is a collection of academics from universities around the world who propose turning this potential catastrophe into a resource. By 2050, Gateway Earth – a fully operational space station with a facility to recycle old satellites and other junk – could be up and running.

There are two main orbits that satellites exist in. Low Earth Orbit (LEO) is about 200 km to 1,000 km above the Earth and is where the International Space Station orbits the planet every 90 minutes, along with thousands of other satellites. At 36,000 km, the forces acting on satellites cause them to stay in the same place within their orbit. This is called Geostationary Earth Orbit (GEO). Satellites here are stationary above a single point on Earth, making them useful for weather forecasting and communications.

LEO is very crowded, and there is a risk of collisions here which could create a shower of debris so wide it collides with other satellites, creating more and more debris in a chain reaction. Eventually the entire orbit could become so full of debris it’s unusable. A lot of debris already litters LEO, but technology is being developed and tested to remove it. The situation is more tricky for GEO, though.

In GEO, when a satellite comes towards the end of its life, the owners will attempt to put it in a higher “graveyard” orbit where it’s left to drift about 300 km to 400 km away from an internationally agreed protection zone. But only about 80% of all satellites that reach the end of their life in GEO actually make it to the graveyard orbit. The other 20% need dealing with as a matter of urgency – and that’s where a recycling facility in space could help.

The graveyard orbit is effectively an abandoned junkyard with no caretaker. Flashes of bright light have been seen in there and it’s believed satellites are colliding or exploding from unused fuel or degraded batteries, this debris have the potential to fall back to GEO, threatening satellites there.

The law currently isn’t on the side of a collective solution to space junk. Even if an out-of-control satellite is heading towards one that’s functioning and worth billions of dollars, international agreements forbid action to remove it without the owner’s permission, even if a space drone could intervene and take it to the graveyard orbit.

By repairing, repurposing or recycling satellites and “space junk” at a facility in Earth’s orbit, this material could help build future spacecraft or exploration outposts, like a base on the moon. Using what’s already floating around up there means there are no launch costs and using those resources will reduce space junk. It’s the equivalent of building a home in the UK from local materials rather than importing bricks from Australia.

Recycling satellites could provide not just raw materials for more construction in space, but a revenue stream to fund it. My research showed that an orbit 150 km further out that GEO Gateway Earth would have access to the whole of GEO. From there whole satellites could be taken by space drones into the floating recycling centre for a tune-up if needed.

Providing these services could bring in over USD$8 billion per year, but the space laws that would govern this work are outdated and need revising. Luckily, this is something the UN are already working on, and our members are working with them to overcome barriers.

If these satellites are no longer serviceable, the shell could be used for other purposes. Some of the recycled materials from space junk could be ground down and used to 3D print radiation shielding for Gateway Earth. Studies have shown that the efficiency of solar panels from disused satellites only drops to about 24% after 15 years, so these could be gathered and used to power the station.

Some of the most advanced cameras ever built are in space. These could be refitted onto Gateway Earth or new satellites to scan space for asteroids that could collide with Earth. As the business of deploying and using satellites is set to grow at a phenomenal rate, having an outpost in orbit that can manage all of them will become vital.

Gateway Earth has plans to generate further revenue in future by acting as a space hotel, a satellite and spacecraft construction facility and a fuelling hub for spacecraft travelling between planets. We need a space equivalent for the plastics wake-up call that people heard from Blue Planet 2. There is still time, but plans for cleaning up Earth’s orbit need to be acted on now. Over the next ten years, 150 new GEO satellites are planned which will increase the risk of a collision significantly.

Written by Jez Turner, Teaching Associate in Foundation Engineering and Physical Sciences, University of Nottingham and republished from The Conversation under a Creative Commons license. Read the original article. 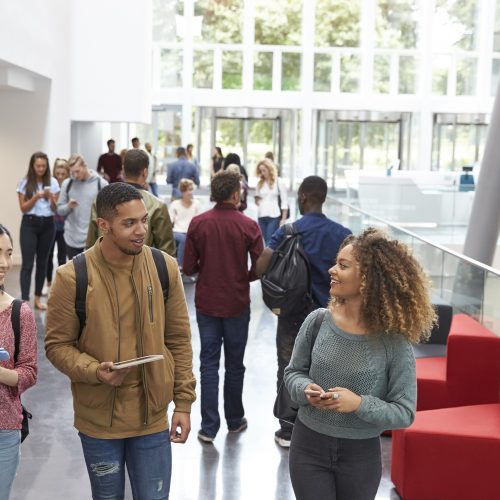 Whilst there is a lot of demand for engineers and STEM graduates in the UK job market, that...

Republished from The Conversation under a Creative Commons license. Read the original article.