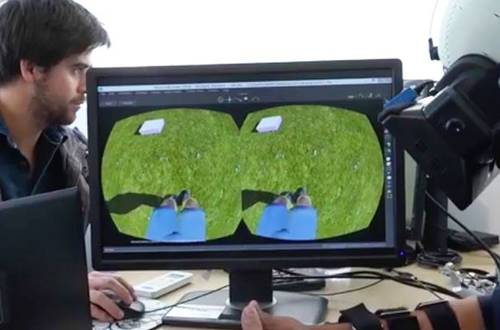 Long-term paraplegics, fully paralysed from the waist down, have experienced a partial recovery after training with virtual reality (VR) and robotic technologies.

Researchers in Brazil carried out the first-of-its-kind rehab program as part of the “Walk Again Project”.

A brain-machine interface (a system that recorded their brain activity to detect thoughts associated with movement) was used on patients to control VR avatars. Once they were able to successfully do this, researchers allowed them to take control of real-world robotic objects, eventually graduating to exoskeletons. This allowed them to take physical steps.

Miguel Nicolelis, the lead neuroscientist on the project, said the team “couldn’t have predicted this surprising clinical outcome when we began the project” and what they showed in the paper was “that patients who used a brain-machine interface for a long period of time experienced improvements in motor behaviour, tactile sensations and visceral functions below the level of the spinal cord injury. Until now, nobody has seen a recovery of these functions in a patient so many years after being diagnosed with complete paralysis”.

Nicolelis’s approach is totally non-invasive, unlike other recoveries or partial recoveries in people with paralysis which have relied on surgical procedures that implant devices like bionic spines or computer chips.

The subjects of the study wore fitted caps lined with non-invasive electrodes that recorded brain activity through electroencephalography (EEG). The, wearing VR visors, the participants were asked to imagine walking through the virtual environment.

While at first no EEG activity was recorded, after months of training, leg movements began to be logged.

At the start of the study two of the patients had been paralysed for more than a decade, and the remaining five at least five years.

Find out more about the Walk Again Program

After one year in the program (which required 2 hours training each day) four of the patients had regained enough movement and sensation that doctors upgraded their diagnoses from complete to partial paralysis.

While regaining movement is important, other health benefits included improvements in bladder control and bowel function, which lower risk of infection – a leading cause of death in patients with chronic paralysis.

The men within the group experienced improved sexual performance. One of the women in the study decided to have a baby after her partial recover. The treatment meant she was able to regain enough sensation in the lower part of her body to allow feeling the contractions during birth.

The team hope to continue their research with their patients to see how their progress with more than two years of training.

The findings have been published in ScieScientific Reports 6, Article number: 30383 (2016). 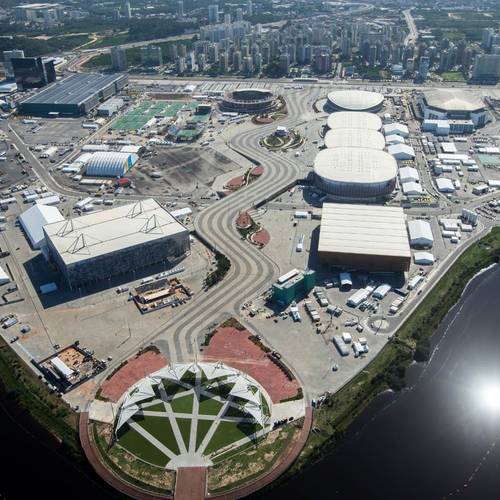 The Olympic Park forms the centrepiece of the Rio's Games. The Masterplan for the park was developed over...