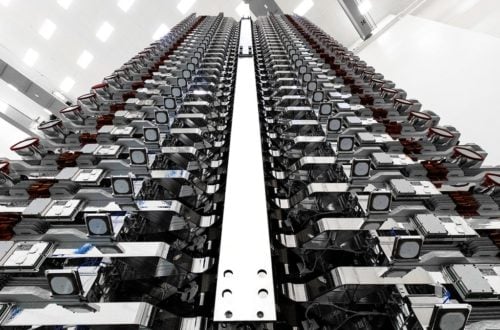 The SpaceX has successfully kicked off the roll-out of its orbiting broadband system with the launch of 60 satellites.

The SpaceX Falcon took off from Space Launch Complex 40 (SLC-40) at Cape Canaveral Air Force Station at 22:30 local time (02:30 GMT, Friday) and successful deployment of the Starlink satellites was completed just an hour into the flight.

The satellite weighs in at 227kg. Each has multiple high-throughput antennas and packs a single solar array. The idea is that SpaceX is able to maximize mass production and make full use of the companies Falcon 9’s launch capabilities.

The company is able to control the position of each satellite by using a ‘Hall thrusters’ – which are powered by Krypton. Much like automated cars the satellites also sport a tracking system that is able to spot on-orbit debris and autonomously avoid collisions. SpaceX has designed the satellites to burn up on orbital re-entry so they can be safely disposed of.

The first set of 60 satellites launched from Cape Canaveral, late on Thursday are only the first phase. SpaceX intends to create a cluster of 12,000 spacecraft.

The idea behind the internet mega-constellation is that it will be able to give users on the ground high-speed connections to the internet.

Unlike existing internet satellites these will be flown in a low-Earth orbit less than 2,000km above the planet. This minimises the delay (aka latency), in the internet connections and should make a users connection much faster than traditional satellite solutions.

In fact, SpaceX only delivered the satellites to an altitude of 440km, they will now need to reach their operational height of 550km using their onboard thrusters.

For those excited about the prospect of receiving internet via the system, it will be some time before SpaceX can actually offer connections to the internet. SpaceX CEO Elon Musk explained that more rocket flights will have to take place before minor broadband coverage is achieved and up to a dozen launches will required before the system achieves moderate coverage. 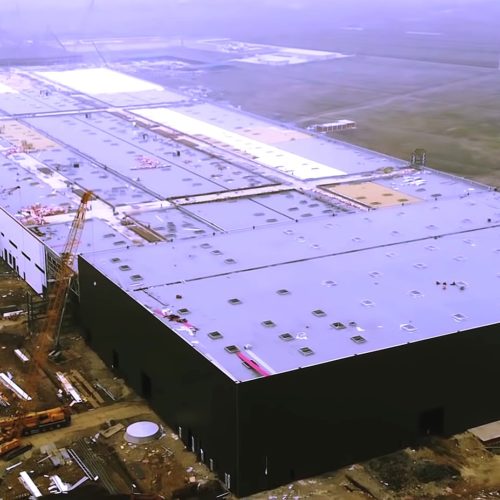 A video uploaded by YouTuber Jason Yang has revealed the huge scale of Tesla's 'Gigafactory 3' in Shanghai...