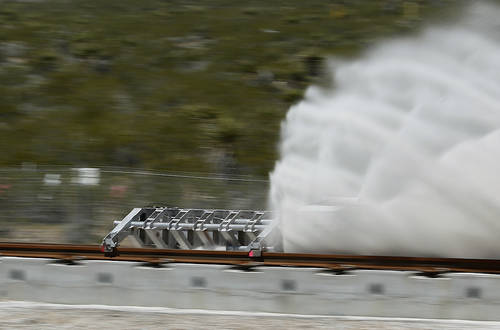 Hyperloop One has carried out its first open air for its high-speed transport system by accelerating a sledge over 116 mph in just 1.1 seconds at a test site in the Nevada desert.

Hyperloop hope that one day the system will allow commuters a 30-minute hop in a supersonic pod between LA and San Francisco.

The engineers behind the system are levitating pods on electromagnetic rails. The pods should be able to cruise at speeds of 700 mph.

We created this animation so you can connect the dots between today's milestone propulsion test and what's to come: https://t.co/ZYykz7RvXI

The Engineering Behind HyperLoop One

At its core, Hyperloop One works off a Linear Induction Motor (like a roller coaster). LIM are perfect for short bursts of acceleration like this demo but it remains to be seen if it can be scaled up for longer journeys.

Unlike a Roller Coaster, the team behind Hyperloop are using solid state switches to control their LIMs. Dumping megawatts of power in millisecond timescales. This allows them to go a lot faster than ever before with a lot more force.

Other engineering challenges will include manoeuvring without subjecting riders to more than 2g’s of acceleration for extended periods of time and a safe way to manage a vacuum both day to day and in emergencies.

The test represents a very early proof of concept for the company who still have many hurdles to overcome in the next year if they wish to achieve freight transport by 2019 and human transport by 2012.

The next step will be taking the system out of the open area and into an enclosed vacuum to allow it to achieve much faster speeds.

Shervin Pishevar, Hyperloops founder said yesterday “The overwhelming response we’ve had already confirms what we’ve always known, that Hyperloop One is at the forefront of a movement to solve one of the planet’s most pressing problems”.

Shervin also added that it has raised an additional $80 million in fresh funding from investors, including France’s national rail company, SNCF, and GE Ventures, the venture arm of General Electric Co

Hyperloop plans to build and test a complete hyperloop by the end of the year. 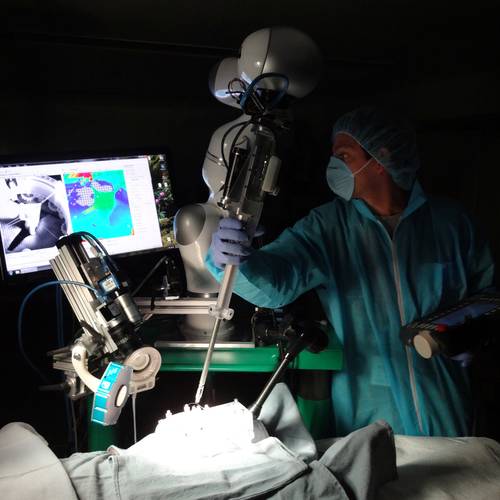 Scientists from the Children's National Health System in Washington in the United States have developed a surgical robot...