Now we have cheap solar and wind power is it time to rethink ‘energy efficiency’?

Home » News » Energy & Environment » Now we have cheap solar and wind power is it time to rethink ‘energy efficiency’? The need to cut emissions from the energy sector has motivated the use of hydro, solar and wind power, and the development of more efficient buildings that consume less energy. And these solutions have indeed slightly reduced the world’s per-capita energy emissions. But once renewables really do become dominant, the entire concept of “energy efficiency” will become outdated.

In simple terms, energy efficiency is the amount of energy used to produce a service such as warmth, transport or entertainment. In practice, particularly when applied to buildings and cities, this objective translates to “reducing all energy consumption at all times”.

Such a strategy makes sense when energy is mostly generated from carbon-intensive fossil fuels, in power plants that can easily be switched on and off as demand fluctuates. There is a simple and direct link: if you use less energy, less coal or gas will be burnt, and less carbon will be emitted.

But renewable energy changes things. The wind and sun are both free and almost infinite, and therefore each extra unit of energy generated is not only clean but also essentially free. With little downside to using more electricity when it is available, we’ll need to rethink energy efficiency.

The crux of the issue is the need to balance supply and demand. In electricity systems, the two must be evenly matched at all times or the system will collapse, leaving everyone without power. This is not a big issue when most generation is controllable and can respond to changes in the demand/supply balance, for example if a large generator suddenly has a problem or if 26m people all put the kettle on at once.

The picture is completely different once electricity is mostly renewable. At this point there would be larger and more frequent last-minute changes in generation, perhaps resulting from changes in the amount of sunshine or wind. And, as turbines and solar panels would have largely displaced traditional power plants, there would be fewer controllable generators to balance supply and demand (turbines and panels can of course be disconnected, but the wind and sun cannot be turned on). In fact, some power plants will operate just for the sake of balancing the system.

In this context, what happens when there is a surplus? It won’t always be possible to reduce the output of controllable (mostly fossil-fuel) generators, either because they cannot react fast enough or because they need to remain online to help balance the system in the near future. It may be possible to store some of the excess electricity in a battery for use later, but batteries are still very expensive. We are a long way from having enough storage for this to become a realistic option. With more power being generated than used, clean and cheap electricity may go to waste.

It’s a matter of time

Timing is key. If people are focused on minimising how much electricity they use at all times then they will ultimately miss out on the benefits of using clean and cheap renewable power for laundry, preheating homes, charging cars or other time-flexible services. They could even switch from gas to electric heating at times when most electricity is renewable, a move that would increase electricity consumption but reduce overall energy costs and emissions.

Consumption would ideally be reduced at times when that meant switching off fossil-fuel generators, rather than wind or solar farms. Indeed customers are already being paid to use more electricity during periods of high renewable energy surplus. These “demand response” schemes where flexible consumers benefit from changing their consumption (not just decreasing it) are an effective way to make energy cheaper and cleaner.

The timing of reduced electricity consumption matters, but so does the location. Electricity is of course rarely used right next to where it was generated, and the network that links the two can become saturated – particularly during periods of high demand or generation surplus. At these points, bottlenecks may prevent large amounts of renewable generation in one part of the network from being transported to consumers in another. That demand may instead be met with electricity from fossil fuels while the renewable generators are curtailed. This can ultimately increase costs for bill-payers.

All those who want to see a cleaner, cheaper energy system will need to redefine “energy efficiency” to account for the importance of timing and location. Remember that using less electricity saves more money and emissions at some times of the day and in some places compared to others. Though it may be counter-intuitive, in times and places where renewable generation would otherwise be curtailed, it is actually desirable to use more electricity. 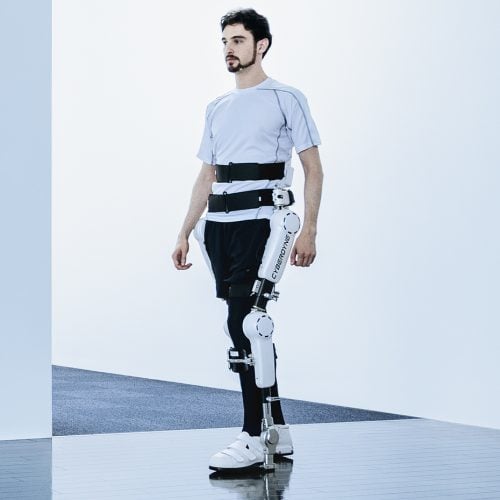 A Japanese robotics company has gained approval from the American Food and Drug Administration (FDA) to begin offering...

The Isle of Man has revealed a new 'action plan' to tackle the worlds climate crisis by generating 75% of...