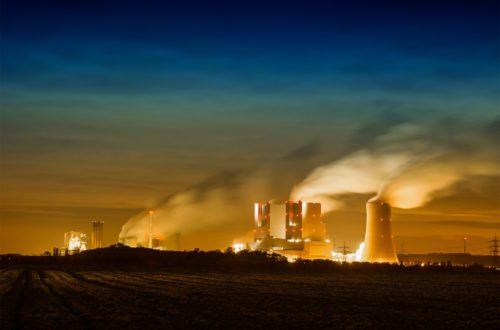 A team of Australia scientists have used a new technique to turn CO2 back into solid “coal”. The breakthrough method could potentially help remove existing greenhouse gas from our atmosphere.

The team – from RMIT University in Melbourne, Australia – was able to create the new technique by relying on liquid metal electrolysis. The new method converts CO2 from a gas state into solid particles of carbon.

The tech offers engineers an alternative way to safely and permanently capture and store CO2. Up to now, carbon capture has relied on methods that turn gaseous CO2 into a liquid which is typically stored underground.

These existing methods have failed to gain widespread traction because they are expensive and raise environmental concerns about liquid leaks in underground storage sites.

However, because the team’s new technique produces coal like solid flakes the final solid carbon is easier to store safely.

How does the technique works?

While the method might sound too good to be true the chemistry behind it is straight-forward.

The key was the team’s ability to design a liquid metal catalyst that had very specific surface properties. Their aim was to produce a material that could efficiently conduct electricity whilst having a chemically activated surface.

In their experiment, the team dissolved CO2 with an electrolyte liquid and introduced a sample of their liquid metal charged with an electrical current.

The CO2 slowly changed into solid flakes. These flakes broke off from the liquid metals surfaces which allowed the system to work continuously.

The method can literally roll back the clock and take carbon dioxide from the atmosphere and put it back into the ground.

Of course, there is an obvious catch. As the technique is the reverse chemical process of burning coal you need to put in at least as much energy as burning coal produces.

This means if the technique did become widely used, policymakers you would have to be careful to ensure any carbon capture scheme uses a carbon-neutral source of power to avoid producing as much CO2 to generate the electricity needed as the system can remove from the atmosphere. 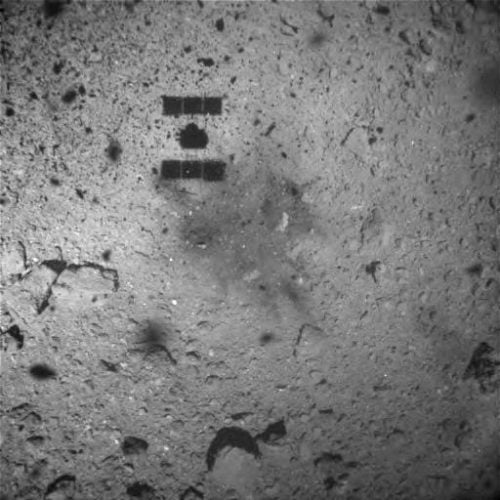 The Japanese space agency (Jaxa) has just released new images from Hayabusa-2 showing a dark splodge where it...