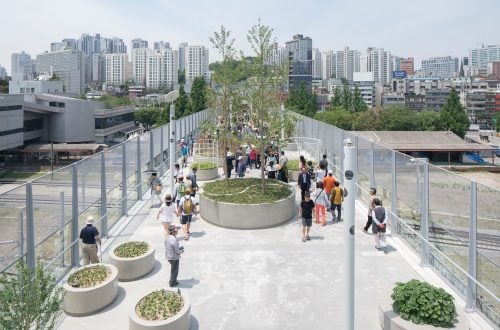 A 1970s highway located in the heart of Seoul has been given a new life as a 983m botanical floating walkway.

The Seoullo 7017 Skygarden has been transformed by Rotterdam-based MVRDV from a 1970s-era highway overpass into a 983 m (3,225 ft)-long public garden.

Over 24,000 plants have been installed on the 16 m (52 ft)-high steel and concrete structure. Small cylindrical cafes, flower shops, and street markets break up the new landscape, while porthole-style glass floor sections allow visitors to look down at the streets below. 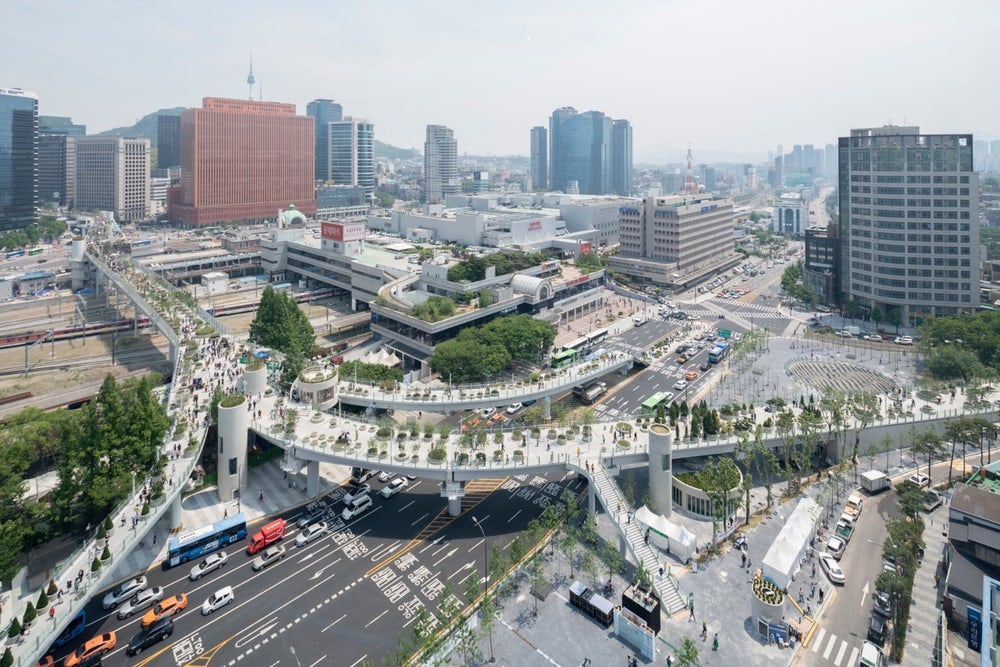 Located in the heart of Seoul, a true plant village has been realised on a former inner city highway in an ever-changing urban area accommodating the biggest variety of Korean plant species and transforming it into a public 983-metre long park gathering 50 families of plants including trees, shrubs and flowers displayed in 645 tree pots, collecting around 228 species and sub-species. In total, the park will include 24,000 plants (trees, shrubs and flowers) that are newly planted many of which will grow to their final heights in the next decade. MVRDV

If you are wondering about the name. Seoullo derives from Seoullo (Korean for both “towards Seoul” and “Seoul Street”) while 7017 references its original year of construction (1970) and renovation (2017). 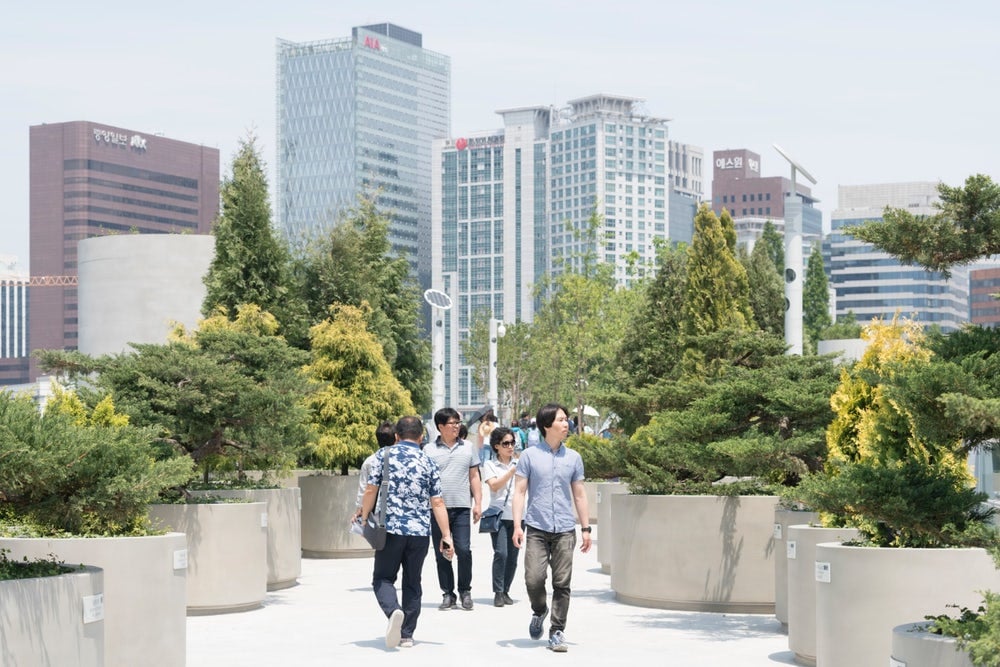 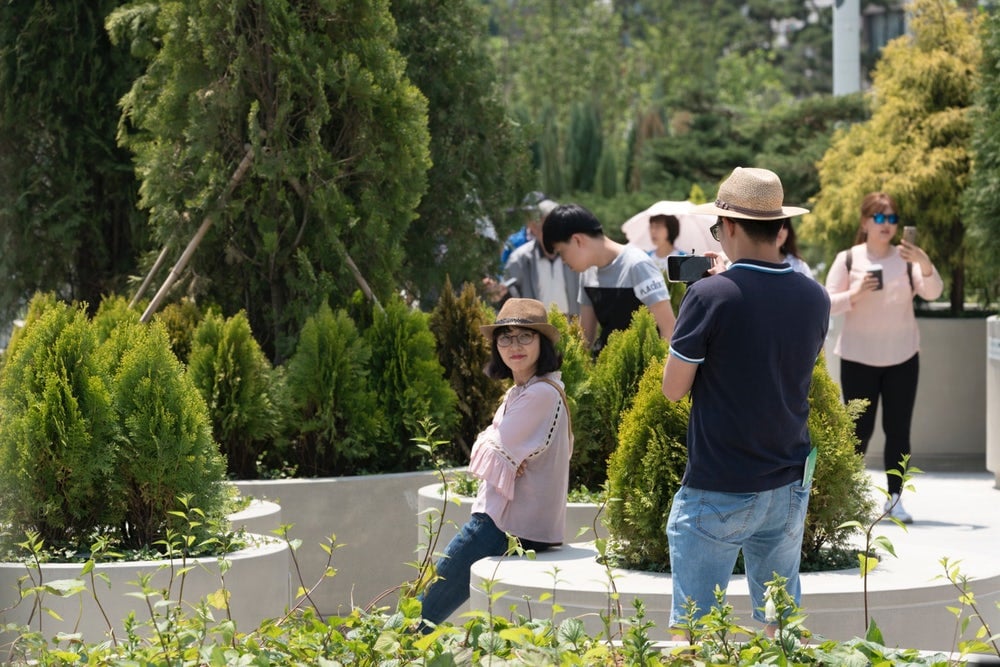 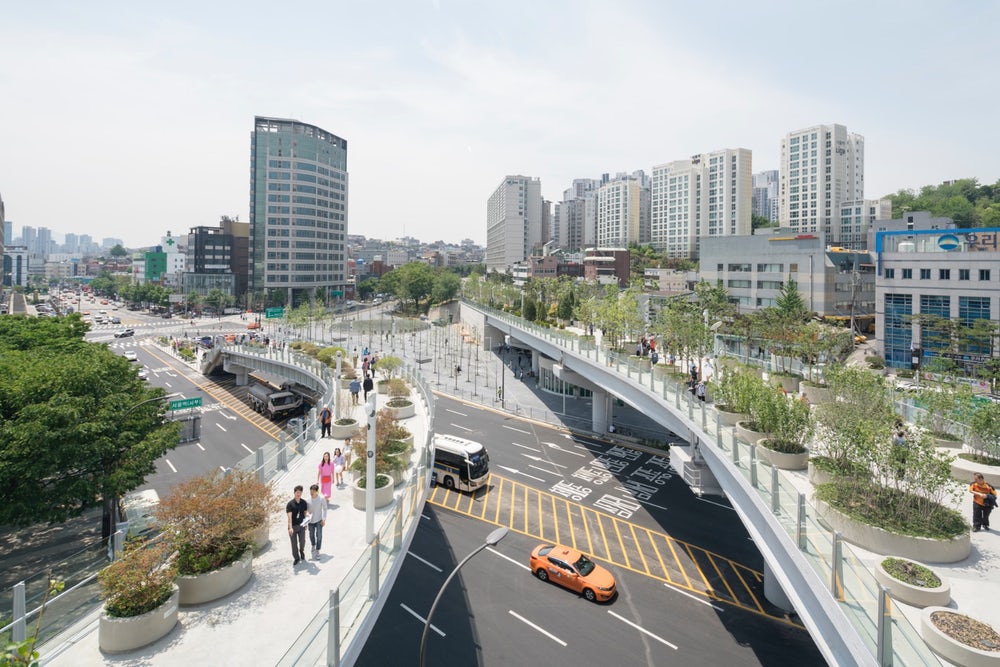 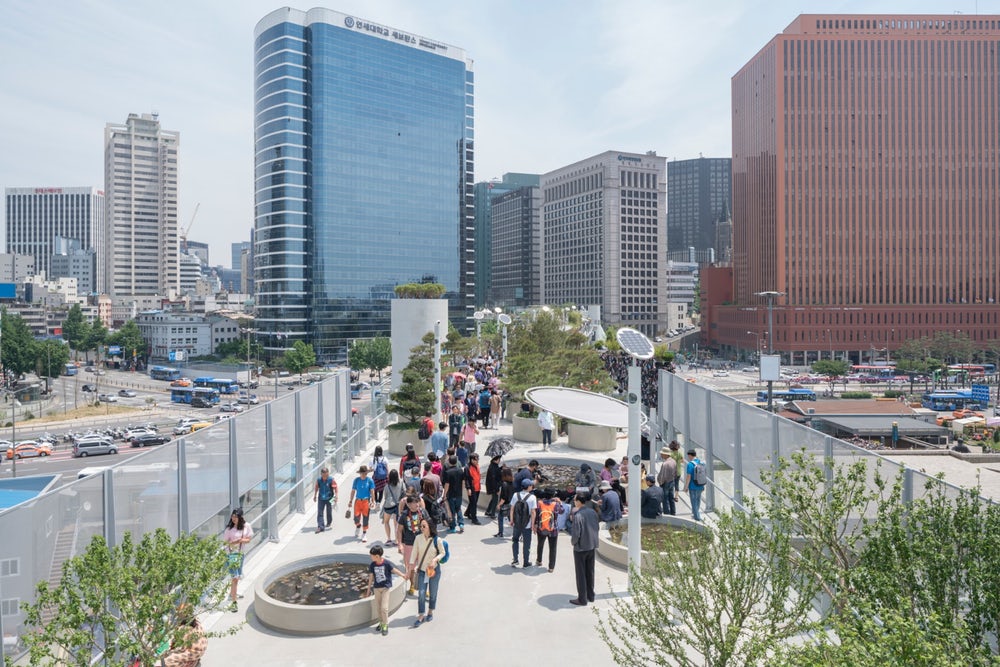 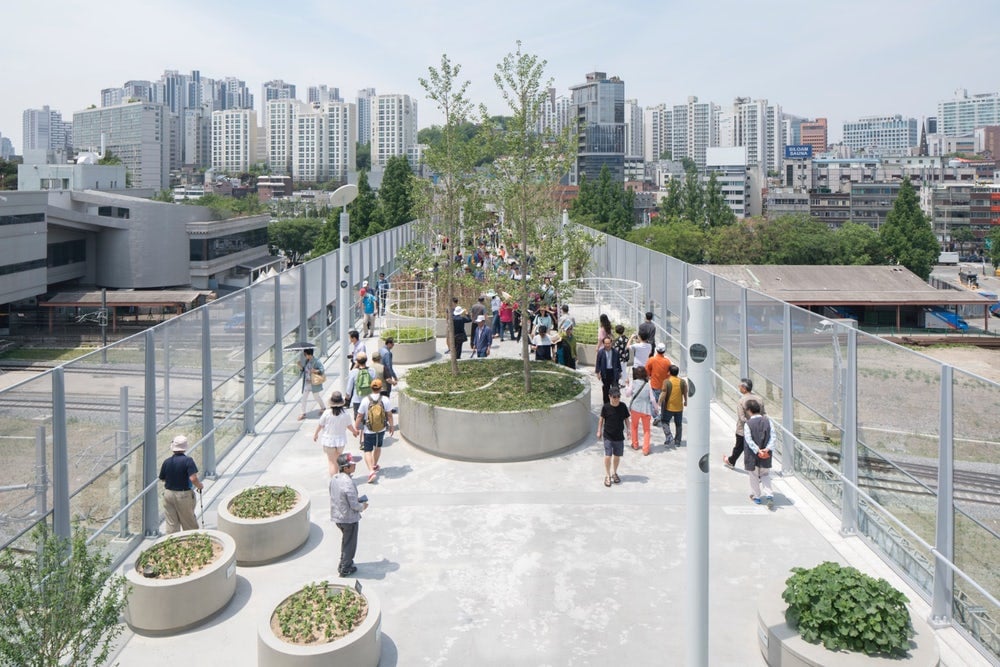 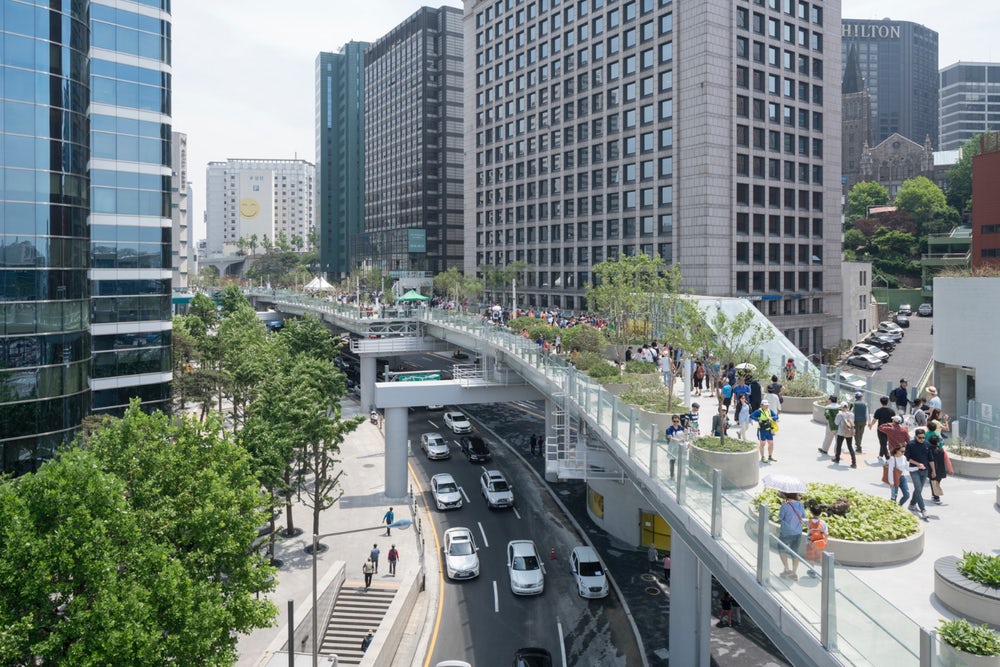 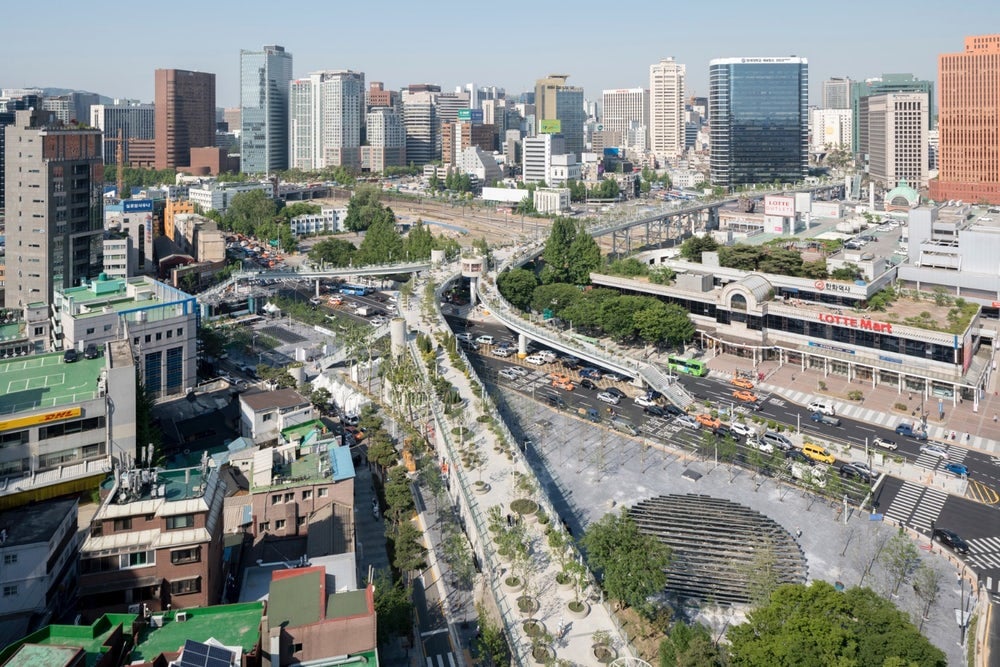 At night, the entire Skygarden is lit up blue. The lighting is designed so that the colour can be changed during festivals and city celebrations. 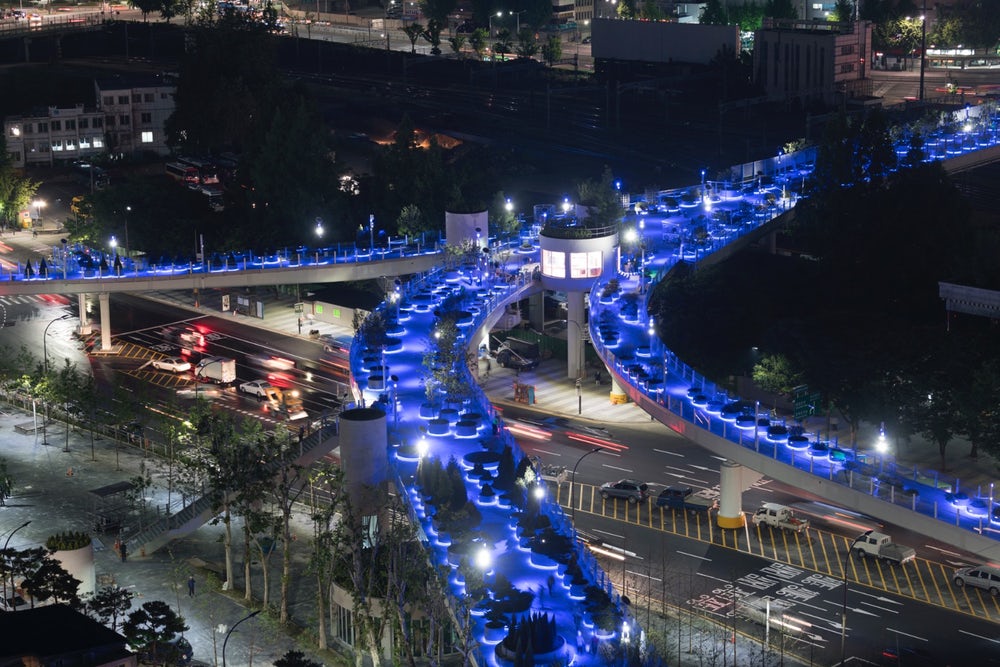 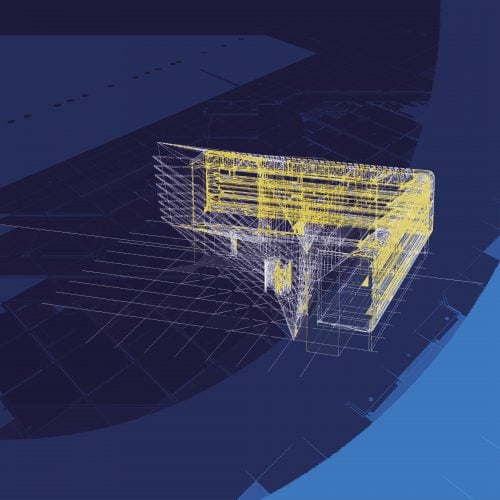 German Engineers use Wifi to see through walls

Engineers at the Technical University of Munich (TUM) have developed a holographic imaging process that depicts the radiation... 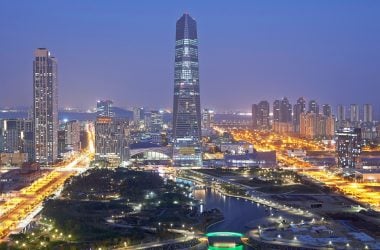 South Korea's International Business District (IBD) in Songdo will have everything you would expect from a modern city, without the...