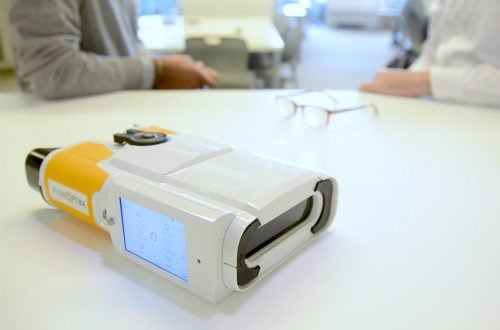 Getting a glasses prescription is often difficult in developing countries. However, engineers at PlenOptika – an MIT spinout – aim to help with a new device that can create an estimated prescriptions in 10 seconds 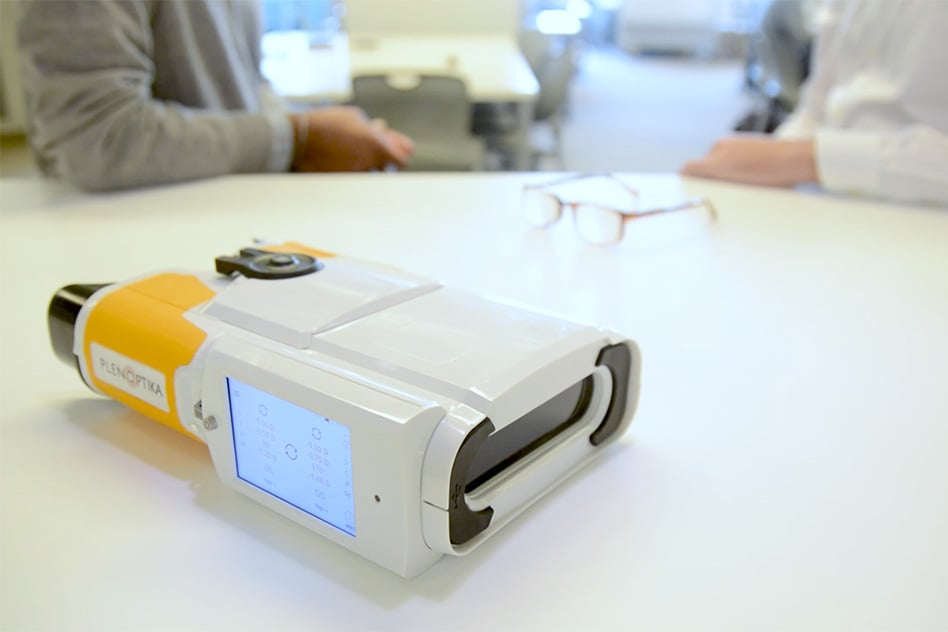 Often taken for granted, vision impairment is a major global issue; with more than 2 billion people worldwide not having access to the right glasses.

Optometrists rarely patients from rural areas as they are typically located in urban areas in the developing world – leaving many people to live with uncorrected visual impairments.

PlenOptika – an MIT spinout company – is seeking to solve the problem with a new device that produces an estimated prescriptions in 10 seconds. The device is a highly accurate, portable autorefractor which can measures refractive errors in your eyes very quickly.

The team behind it hope it has the potential to reach patients in previously inaccessible areas of developing countries.

The ‘final’ device represents has built on several clinical studies (with a total of 1,500 patients across 5 countries) and eight different prototypes.

The team are calling their machine “QuickSee” and it will be available first in India.

People at the bottom of the pyramid have poor vision because they don’t have glasses or aren’t aware of how to get glasses. It’s a big unmet medical need we’re trying to address Shivang Dave, one of four former postdocs at the Madrid-MIT M+Visión Consortium (now MIT LinQ)

The teams first study using a prototype device was conducted in 2015. 85% of the patients reported 20/20 vision after being given glasses using the device’s measurement. This compares to 91% tested using the “optometrist-based gold-standard method”.

The problem is that the traditional autorefractors used to conduct the current gold-standard method are heavy and stationary, often costing up to £10,000.
While existing portable autorefractors already exist, the team argue they are not as accurate as their new device and much more expensive.

QuickSee is a modified version of a wavefront aberrometer. Traditionally wavefront aberrometers are used to map the eye before LASIK surgery. They work by shining light into the eye; boucning it off the subjects retina, and measuring what is passed back through the eye’s lens and cornea. The device can then measure aberrations – distortions in the light waves – to calculate specific values for errors in a persons eyesight.

This method is more precise than traditional autorefraction technology so produces more accurate measurments. The actual device looks like a large pair of binoculars. Patients are asked to look into the device and stare at a object in the distance. It takes around 10 seconds to calcualate a prescription.

The device costs about a third of the cost of a traditional autorefractors. PlenOptika have developed a binocular model for the US market and a monocular version for India and other developing countries (which costs half the price). 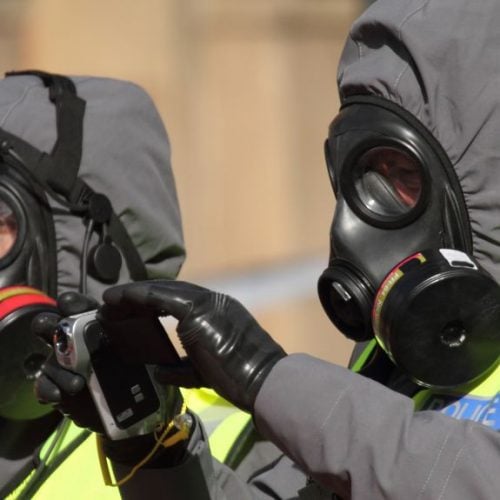 A new chemical sensor, designed by engineers at the University of Oxford, are set to revolutionise everything from... 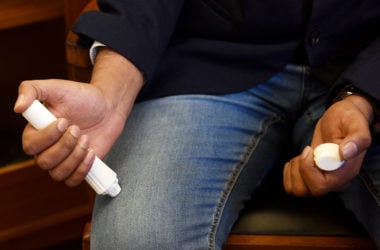