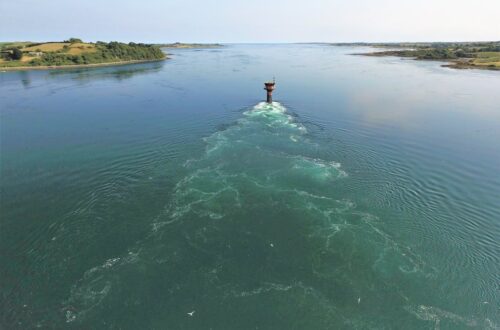 You may have found yourself at the shoreline, watching seabirds plunging into the sea and magically reappearing with a tiny fish in their beaks. But have you ever paused to wonder what makes them dive where they do?

Our coastal waters are highly dynamic and complex environments. Where there are strong tidal currents, the surface of the sea is a spectacle of turbulent patches. Especially in tidal channels, a glossy sea is the exception rather than the rule.

Instead, strong tidal flows making their way past natural features, such as islands or submerged rocks, or even human-made structures, can turn the sea surface into a seemingly chaotic mix of turbulent features in their wake.

We decided to have a closer look at the foraging habits of seabirds in these turbulent wakes. Using aerial drones as an eye in the sky, we tracked their foraging movements in unprecedented detail to get a bird’s-eye view on turbulence. The results are published in a new study.

We had shown previously that terns like foraging over features that create strong turbulence in the water. In fact, their numbers were highest over the wake of a tidal energy turbine structure. We wanted to examine their movements in more detail.

Drones have revolutionised the way we can observe, track, count and measure animals on the ground or at the sea surface. But they have rarely been used to track seabirds in flight. While we knew we could track the birds’ fast and highly tortuous movements – flight trajectories with many twists and turns – using machine learning, we also wanted to map the water movement below to understand where they would attempt to catch a meal.

Using a technique called particle image velocimetry, we mapped swirling patches of water called vortices and upwellings called boils. Both are prominent turbulence features across the world’s strongest tidal flow sites, including Norway’s famous Saltstraumen or in the Bay of Fundy in Nova Scotia, Canada. This meant we had the data on the terns’ flight tracks, and a dynamic map of the moving turbulent patches beneath them.

To find out which of these features the terns favoured and when, we brought in some highly advanced statistical modelling. The models we used can reveal underlying or hidden behavioural states of the tracked animal. They can also show when an animal switches from one state to the other in response to underlying environmental factors.

We found that terns were most likely to forage directly over strong vortices, compared to other types of turbulence. Conspicuous boils also provided a strong physical cue but at several tens of meters ahead of their flight trajectories.

Vortices tend to accumulate buoyant material, while newly erupting boils are easily detectable from further away, producing smooth patches at the sea surface as they bring up water and small prey items from depth.

One reason why such turbulence may be so attractive to the terns is that it can bring potential prey items – such as small fish – near the water surface and trap them there. Terns are non-diving seabirds, which means they only snatch prey near the surface or they may perform relatively shallow plunge dives, depending on the species of tern.

This research may help us to predict seabird responses to coastal change, such as the installation of offshore wind, wave and tidal energy structures. After all, we live in turbulent times. 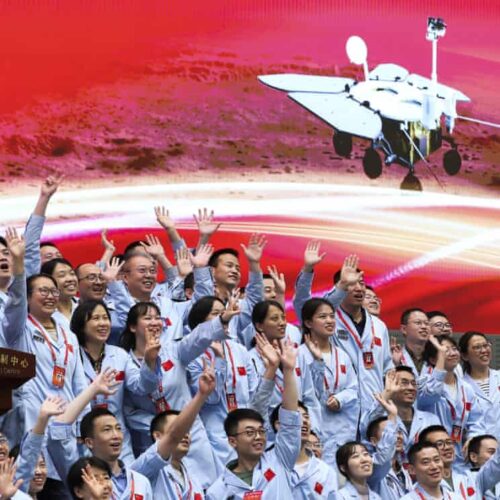