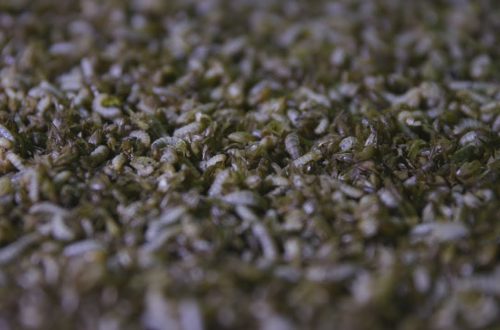 In a warehouse to the northeast of Cambridge are shelves upon shelves of trays teeming with maggots, munching their way through a meal of rotting fruit and vegetables.

This may sound stomach-churning, but these insects could become the sustainable food of the future – at least for fish and animals – helping reduce the reliance on resource-intensive proteins such as fishmeal and soy, while also mitigating the use of antibiotics in the food chain, one of the causes of the increase in drug-resistant bacteria.

Farmed salmon in Scotland are currently fed on fishmeal which comes from wild-caught anchovies from as far away as Chile and Peru, which are then shipped across the world to Scotland. Insects provide a nice, sustainable solution

The company behind this idea is Entomics Biosystems. It was set up in 2015 by a group of students from the University of Cambridge, with support from the Cambridge Judge Entrepreneurship Centre’s ‘Accelerate Cambridge’ programme.

“It’s one of those stories where we came together in a pub over a pint, talking about weird ideas,” explains its CEO and co-founder Matt McLaren. “The team has members from the Department of Biochemistry, from Engineering, from the [Judge] Business School, so it really is a diverse skill set.”

According to the company, each year over 1.3 billion tonnes of food are wasted globally – equating to around US$1 trillion of lost value. With an increasing population and modern lifestyles, the burden of food waste on society and the environment is set to increase in the future.

Entomics focuses on ‘insect biomass conversion’. Larvae of the black soldier fly chew their way through several tonnes of food waste collected from local supermarkets and food processing plants. The insects are fed different ‘recipes’ under controlled conditions to see how these affect growth rates and nutritional profiles. They metabolise the food waste into fats and proteins, growing to around 5,000 times their body weight within just a couple of weeks.

As McLaren, explains, these fats and proteins “are great sources of nutrition for salmon and poultry – in fact, insects are part of their natural diet”.

Entomics is currently working with partners including the University of Stirling, who are world-leading salmon aquaculture experts, to validate and test their products in the field.

“Farmed salmon in Scotland are currently fed on fishmeal which comes from wild-caught anchovies from as far away as Chile and Peru, which are then shipped across the world to Scotland,” he explains. “Insects provide a nice, sustainable solution.”

With support including from Innovate UK and the European Institute of Technology (via EIT FoodKIC), Entomics is using a novel bioprocessing technique to boost the nutritional and functional benefits of these insect-derived feeds, using a microbial fermentation technology they have termed ‘Metamorphosis’. Essentially, these specialised feeds represent a sustainable, holistic approach to improving overall fish health and welfare.

“There are several benefits to this process,” explains Miha Pipan, Chief Scientific Officer and fellow co-founder, “from affecting the gut’s microbiome and trying to preserve a healthier bacterial community there, to training immune systems to make livestock more resistant to disease challenges and at the same time reduce the need for veterinary medicines, antibiotics and vaccines.”

“The world’s looking for more sustainable sources of feed and I think increasingly there’s a recognition that it’s not just about basic nutrition, but it’s about overall health,” says McLaren. “We’re trying to take a promising, sustainable ingredient of the future – these insect-derived feeds – and trying to add a bit of biotechnology or science focus to it, to really enhance what the effect is in the end application and reduce reliance on traditional antibiotics and veterinary medicines.”

There is endless potential for innovation in the emerging insect industry in general, and the Entomics team is also working on an engineering project to build a smart, modular system for insect production in the future. This includes developing computer vision algorithms to understand and monitor insect behaviour during the production process – for example, the insects’ growth and health.

McLaren is grateful of the support that the company received from the Cambridge Judge Business School to get itself off the ground. “The mentorship and coaching provided by the Accelerate Cambridge programme, in particular, has been vital to getting our business to its current stage, and the credibility of the Cambridge brand has allowed us to engage with some great academic and commercial partners.” 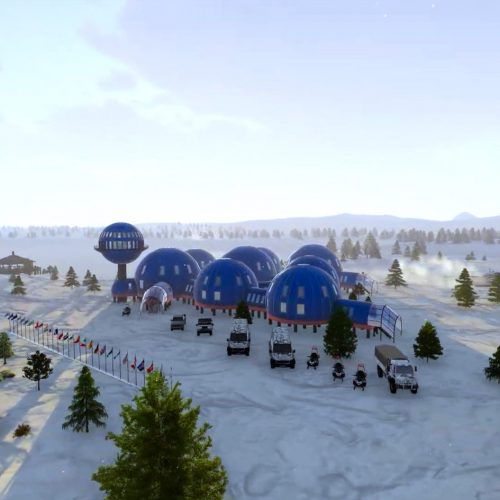 The Moscow Institute of Physics and Technology (MIPT) has initiated a project to boost Russia's green credentials in...

Orginal published at cam.ac.uk and republished under a Creative Commons Attribution 4.0 International License