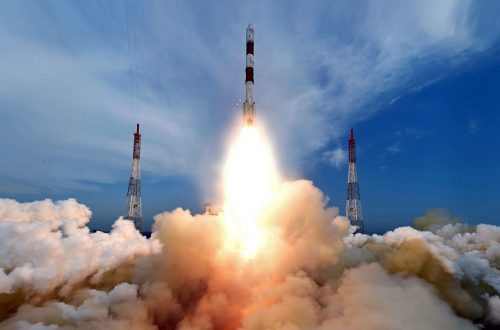 The Indian Space Research Organisation (ISRO) created history today by launching a record 104 satellites into the earth’s lower orbit from the ISRO space centre at Sriharikota, Andhra Pradesh – this is the highest number of satellites ever launched by a single launch vehicle.

Previously, the planned mission was due to launch a mere 83 Satellites in late January. While the addition of 20 more satellites forced the rescheduling of the launch date, it smashed the previous world record of 37 satellites in a single launch achieved by Russia on June 19, 2014.

PSLV-C37, an expendable Polar Satellite Launch Vehicle, was used to lift the 104 satellites into orbit.

The craft’s payload included three Indian Satellites, 88 Planet Labs CubeSats from the US, with the rest from Germany, Israel, Kazakhstan, the Netherlands, Switzerland and the United Arab Emirates. The combined 100 “CubeSats” weighed in at 820 kg.

Each of CubeSats was separated from the rocket in different directions to avoid them colliding while being deployed.

Congratulations to @isro for the successful launch of PSLV-C37 and CARTOSAT satellite together with 103 nano satellites!

The launch is a significant achievement for India – no such an attempt has been made before by any other space-faring nation.

Flock-3p will give Planet Labs the ability to image all of Earth’s landmass every day, and each CubeSat boasts a 200mbps downlink speed allowing each to collect and transmit over 2 million km² of images each day.

It is the 15th launch of “Dove satellites” that make up the cluster, as well as the second Planet Labs launch aboard an India’s PSLV.

Now deployed the company will bring all 88 satellites online in autonomously commissioned batches – it is expected that Flock 3p to enter normal imaging operations in three months.

Mike Safyan of Planet Labs explained in a blog post that “this is the fifteenth time Planet is launching Dove satellites, and it will be our biggest launch to date. Combined with the 12 satellites of Flock 2p operating in a similar orbit, this launch will enable Planet’s 100 satellite “line scanner” constellation of Doves. With our RapidEye satellites and Doves working in other orbits, Planet will be imaging the entire Earth daily”.

While ISRO Chairman A.S. Kiran Kumar explained that launch allows the agency to maximise its rocket capability to launch more satellites in a single mission for a bigger return on investment. “By launching 104 satellites together, we are trying to maximise our workhorse rocket’s capability and optimally utilise it for maximum return on investment”. 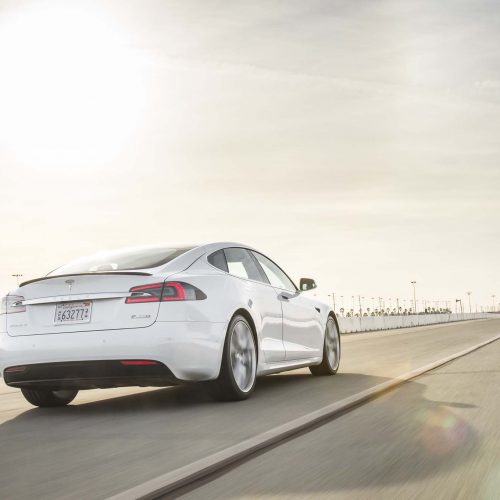 Tesla has made automotive history again by breaking the record for the world’s fastest accelerating production vehicle. Tesla...

Since the launch of Sputnik 1 in 1957, the lower orbit around the Earth has become an increasingly congested environment...