Often overlooked, tunnels are modern day engineering marvels. While today the longest and most impressive tunnels are concentrated in parts of Europe and Asia (due to their mountainous topographies) there might be a revolution in boring technology that could lead to tunnels of unprecedented lengths all over the world.

Humans have been boring tunnels for thousands of years. Whilst once we hewed tunnels from massive rock faces with chisels and hammers; over the centuries our methods have evolved.

Today tunnels are bored with “moles” – Tunnel Boring Machines (TBM) – which allow us to dig deeper and farther than we ever before.

Modern tunnel tech can excavate faster and smarter. This has resulted in massive networks of tunnels which have dramatically reduced travel time between locations.

While today most tunnels are in Europe in Asia groundbreaking projects (such as Elon Musk’s Hyperloop on the horizon). It might only be a matter of time before tunnels of unprecedented lengths are bored between cities in the USA.

The 10 of the longest (and impressive) tunnels

We have compiled our favourite 10 tunnels scattered across the globe – these are the longest rail and road tunnels to built to date. 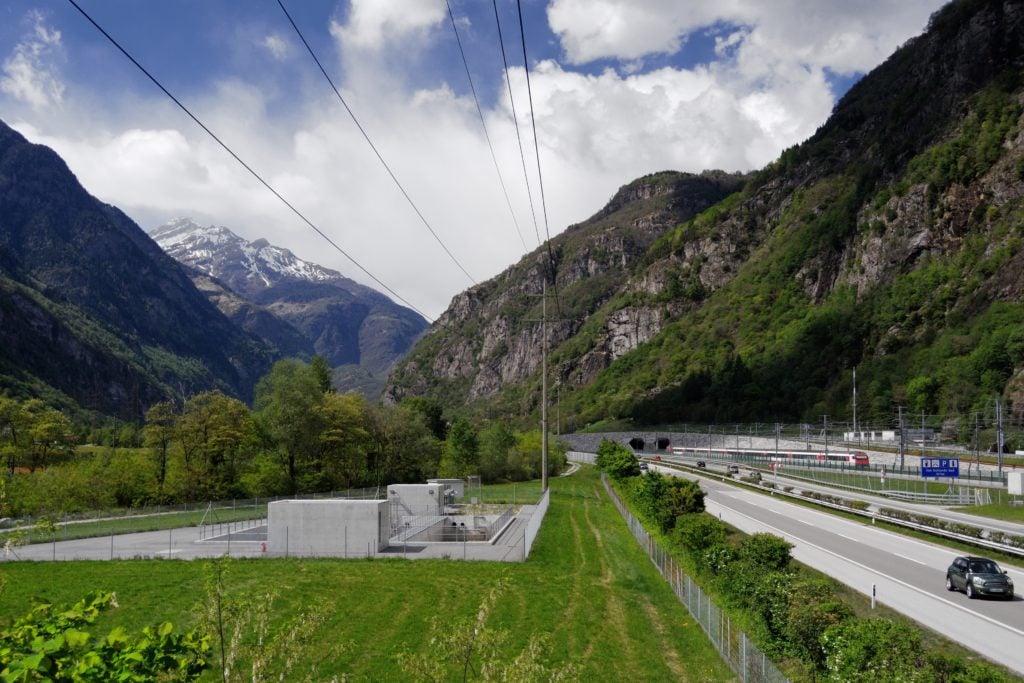 Pollegio, looking north (southern portal of the Gotthard Base Tunnel)

It is the deepest railway tunnel to date and is used primarily to transfer both passengers and freight between northern and southern Europe.

Seikan Tunnel connects the Japanese islands of Honshu and Hokkaido via the Tsugaru Strait. It lies 790 ft below sea level and is the longest tunnel in the world with an undersea passage.

The tunnel was designed for mass transit, construction of the tunnel lasted nearly 50 years, spanning from 1971 until its official opening in March 2016.

Entrance to the tunnel near Coquelles, France

The Channel Tunnel is both a railway and shuttle transportation system connecting the UK and northern France.

The undersea portion of the Channel Tunnel extends below the English Channel at the Strait of Dover and has the longest undersea segment in the world at 23 mi (39 km).

Construction for the Channel Tunnel began in 1988 and ended in 1994. 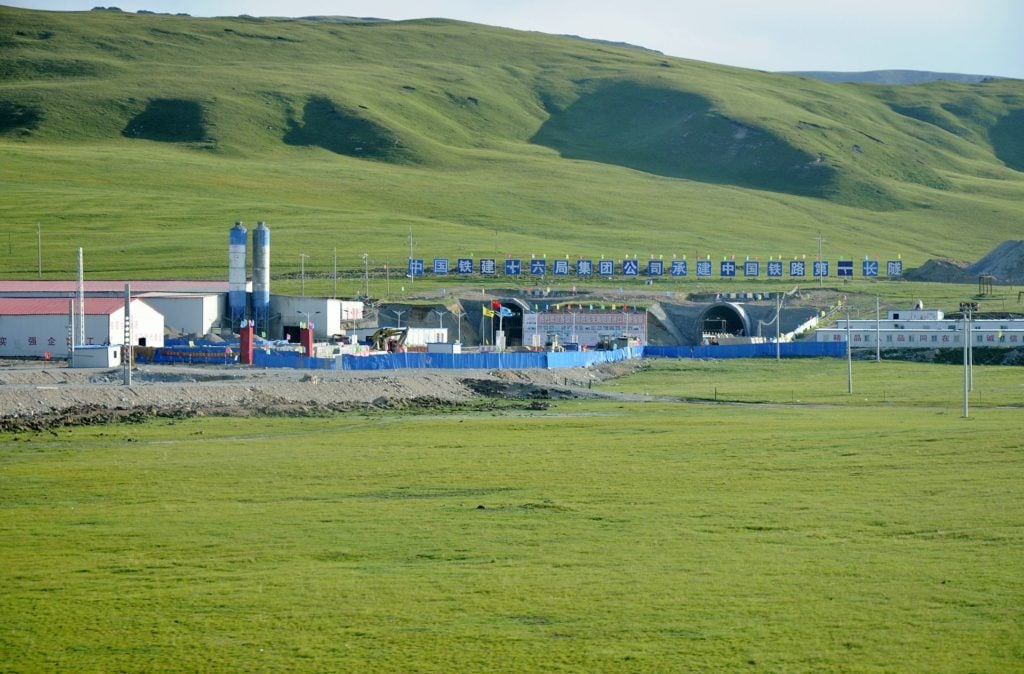 A portal of New Guanjiao Tunnel during construction in 2011

The New Guanjiao Tunnel is a dual-bore, dual-rail tunnel extending across the Qinghai-Tibet railway in Guanjiao Mountain.

Currently, New Guanjiao is the longest railway in China and sits at 10,800 ft above sea level. It took seven years to complete before it opened in 2014.

The Guadarrama Tunnel was built between 2002 and 2007 to shorten the travel time between Madrid and Segovia in Spain.

These two cities are heavily trafficked tourist destinations but are separated by the Sierra de Guadarrama mountain range.

Before the construction of the tunnel (which cuts directly through the mountains), travel time between the cities took well over an hour.

The Laerdal Tunnel is a two-lane road tunnel connecting Laerdal and Aurland in Norway.

It is the longest road tunnel in the world, it was built to replace ferry and mountain passage during the winter when travelling between Oslo and Bergen.

The tunnel itself was designed with special neon lighting and limited straight sections to avoid wrecks and an overall feeling of monotony while passing through.

It was designed to reduce traffic jams between Jalan Sungai Besi and Yoke Lew and to alleviate flash flooding throughout the city.

The tunnel has two parts, the SMART tunnel consists of a stormwater portion and a motorway portion.

The build was an incredibly complex engineering feat and took four years (2003 – 2007). It has already spared the city from over seven potentially dangerous flash floods in its city centre. 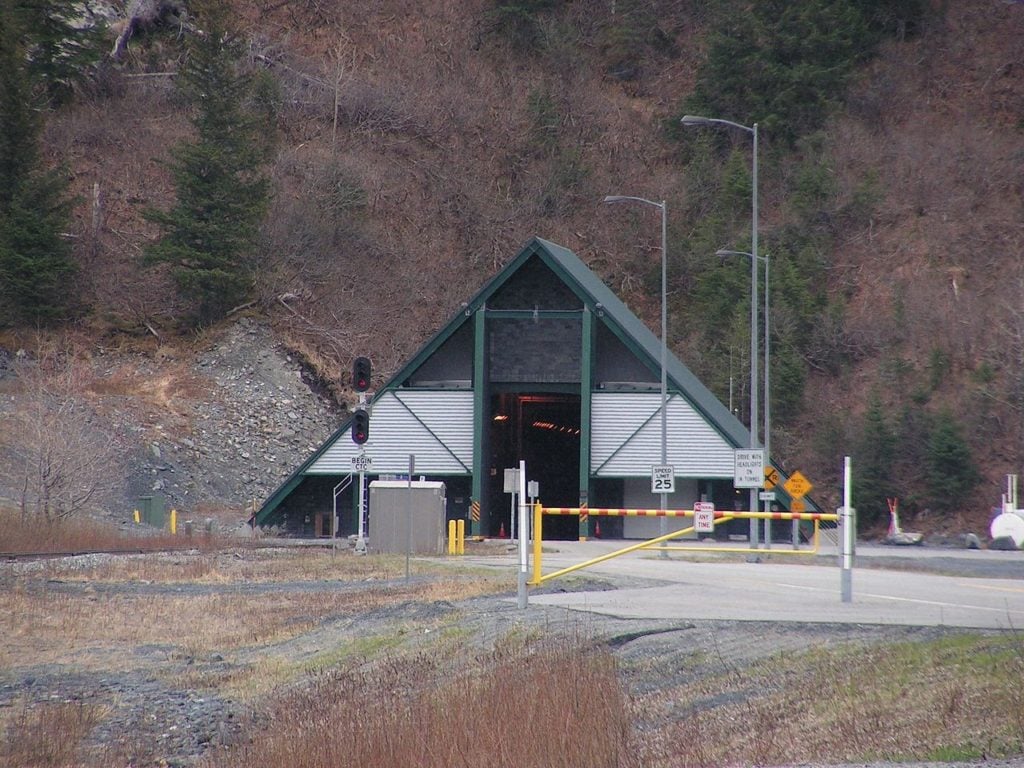 The Anton Anderson Memorial Tunnel is part of a greater network of tunnels and bridges located within the Chugach National Forest in Alaska. At 13,300 ft (4,100 m), it is the second-longest highway tunnel and longest combined rail and highway tunnel in North America.

The floor of the tunnel is constructed of 1,800 texturized concrete panels (each 7.5 feet (2.3 m) by 8 feet (2.4 m)) with the railroad tracks sunken slightly below the road surface.

The tunnel is a single-lane highway that passes underneath Maynard Mountain, also a part of the Chugach Mountain Range. 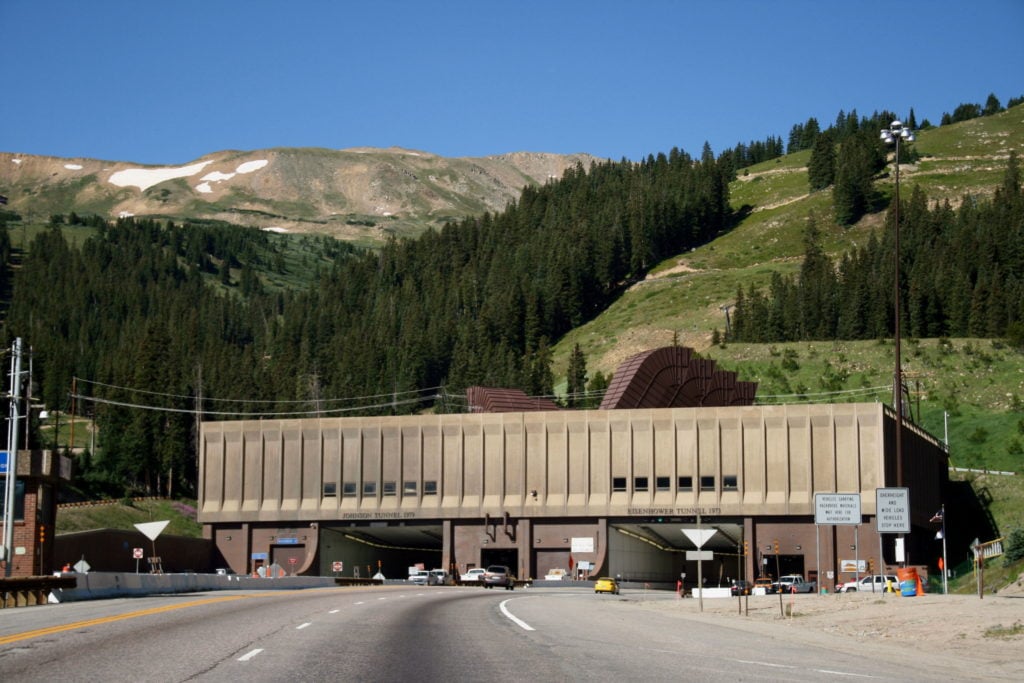 Eastern portal of the tunnel

Reaching a maximum elevation of about 11,160 ft, the Eisenhower Tunnel, located 60 miles outside of Denver, Colorado, is one of the highest vehicular tunnels in the world.

It was dual-bored with four lanes, it was one of the final major instalments to the Interstate Highway system and carries traffic under the Continental Divide in the Rocky Mountains.

The tunnel opened in 1973 and the westbound bore is named after Dwight D. Eisenhower, the U.S. President for whom the Interstate system is also named. 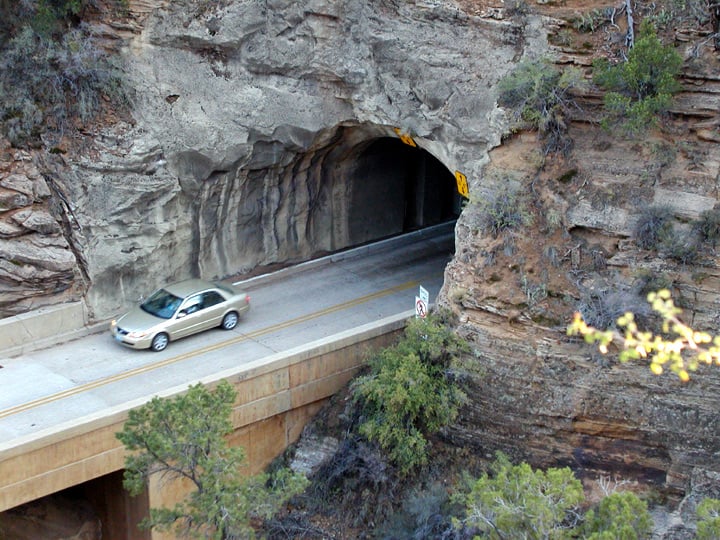 East portal of the Zion Tunnel

The Zion-Mount Carmel Tunnel was constructed in the 1930s to grant direct access to Bryce Canyon and Grand Canyon from Zion National Park.

It was built with mining techniques as opposed to traditional tunnelling techniques, the tunnel’s dimensions are not large enough to accommodate multiple vehicles at once and , drivers must pay a fee to travel through the tunnel. The tunnel is so small that drivers of large vehicles (11 ft high, 7 ft wide) must give advanced notice before they are permitted passage.

The 10 Longest Tunnels in the World Infographic

This is by no means an exhaustive list, but these are some of the most talked about tunnels today.

Other honorable mentions include the Guoliang Tunnel in China, the Big Dig in Boston, MA, and of course this network of tunnels in South America presumably carved out by mega-sloths.

Check out the infographic below for a summary of all 10 tunnels we discussed. 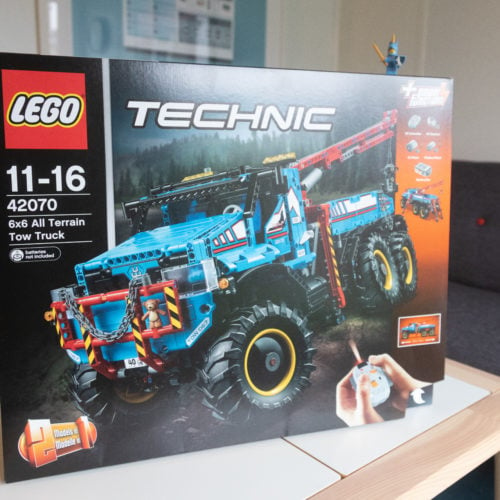 Just 4 days(!) to go to the end of our latest LEGO Competition. https://www.youtube.com/watch?v=6VSTaFkgEJA We are giving away...

Infographic with thanks to bigrentz.com

All images in the Public Domain via Wikipedia 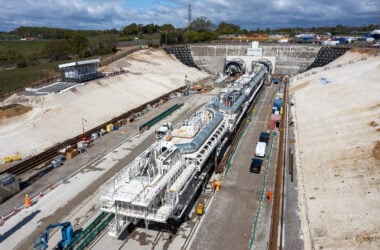