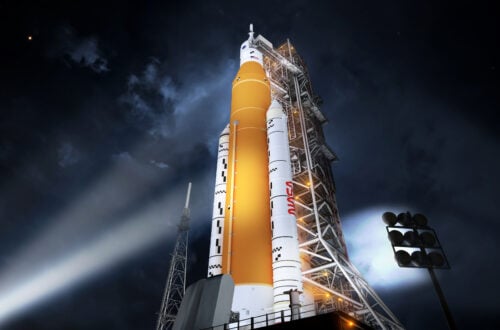 In the next few days NASA will finalise the first assembly of its huge SLS rocket.

The rocket is part of the Artemis mission to take humans back to the moon by the end of the decade. These infographics explore what the SLS is and how NASA is assembling it. 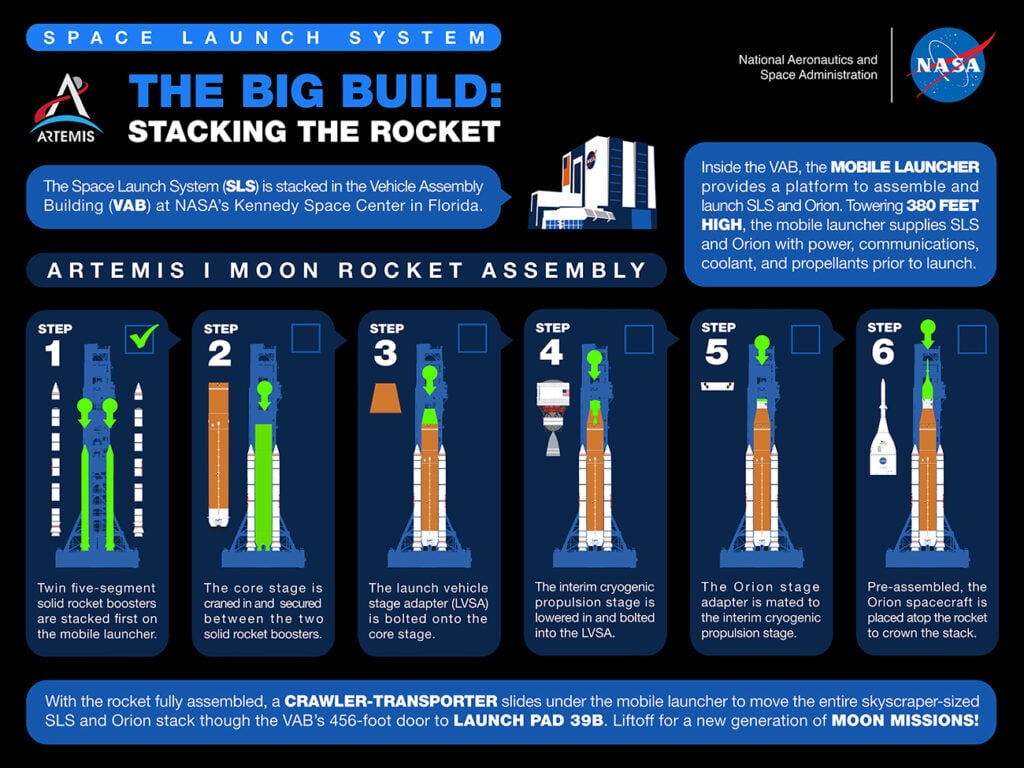 NASA’s Space Launch System (SLS) rocket is on its path to the pad for Artemis I, the first integrated mission of SLS and NASA’s Orion spacecraft through the agency’s Artemis program.

The RS-25 rocket engine, the most high-performance, staged combustion engine in the world, will burn over 700,000 gallons of super-cooled liquid hydrogen and liquid oxygen, while producing 2 million pounds of thrust to send the Space Launch System into orbit. 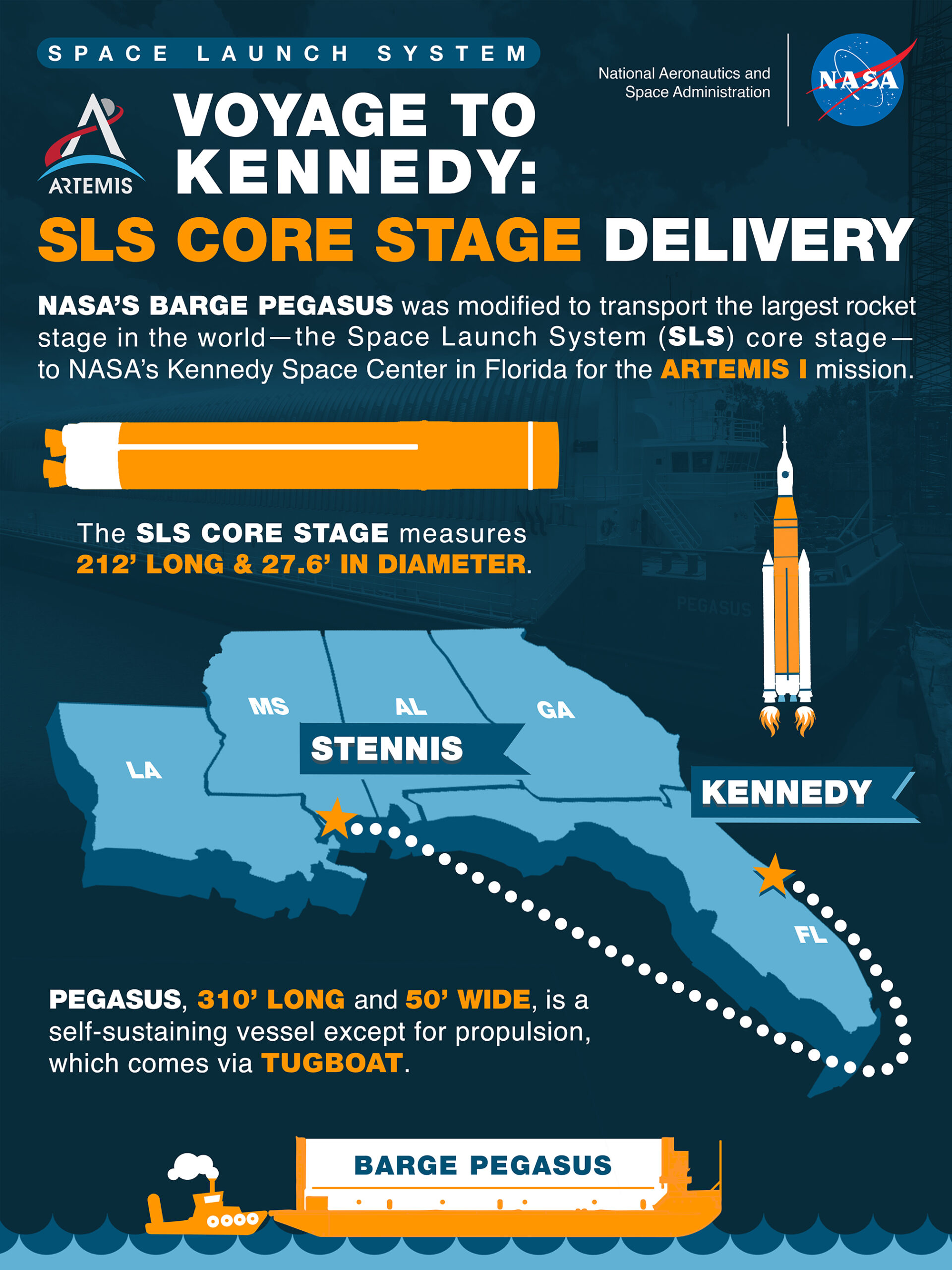 NASA’s Pegasus barge charts a course for the agency’s Kennedy Space Center in Florida with the Artemis I core stage for the Space Launch System (SLS) rocket.

The core stage will provide more than 2 million pounds of thrust to help launch Artemis I, the first integrated mission of SLS and NASA’s Orion spacecraft under NASA’s Artemis lunar program. 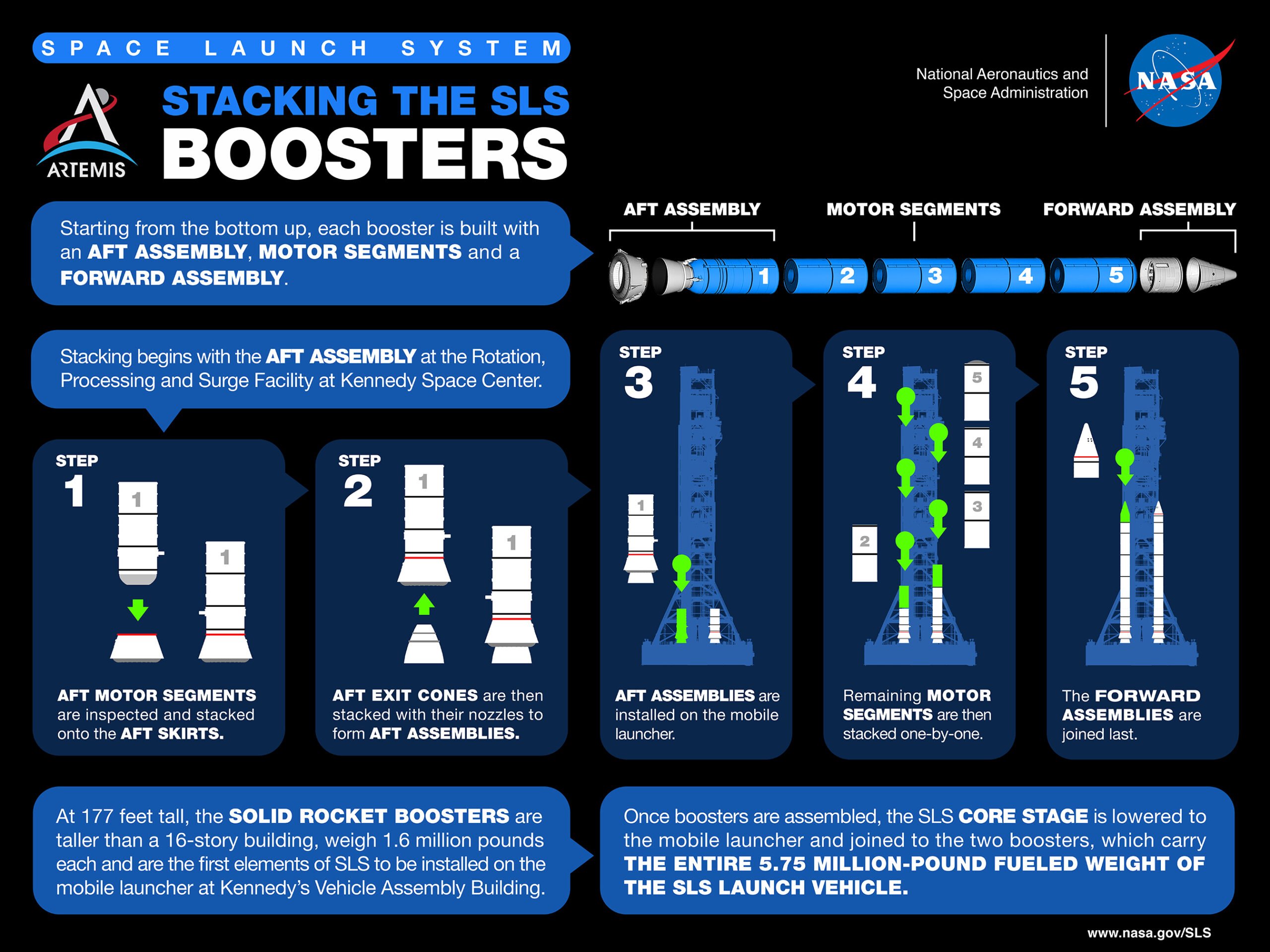 Two 177-foot-tall solid rocket boosters help the rocket on the Artemis missions to the Moon. 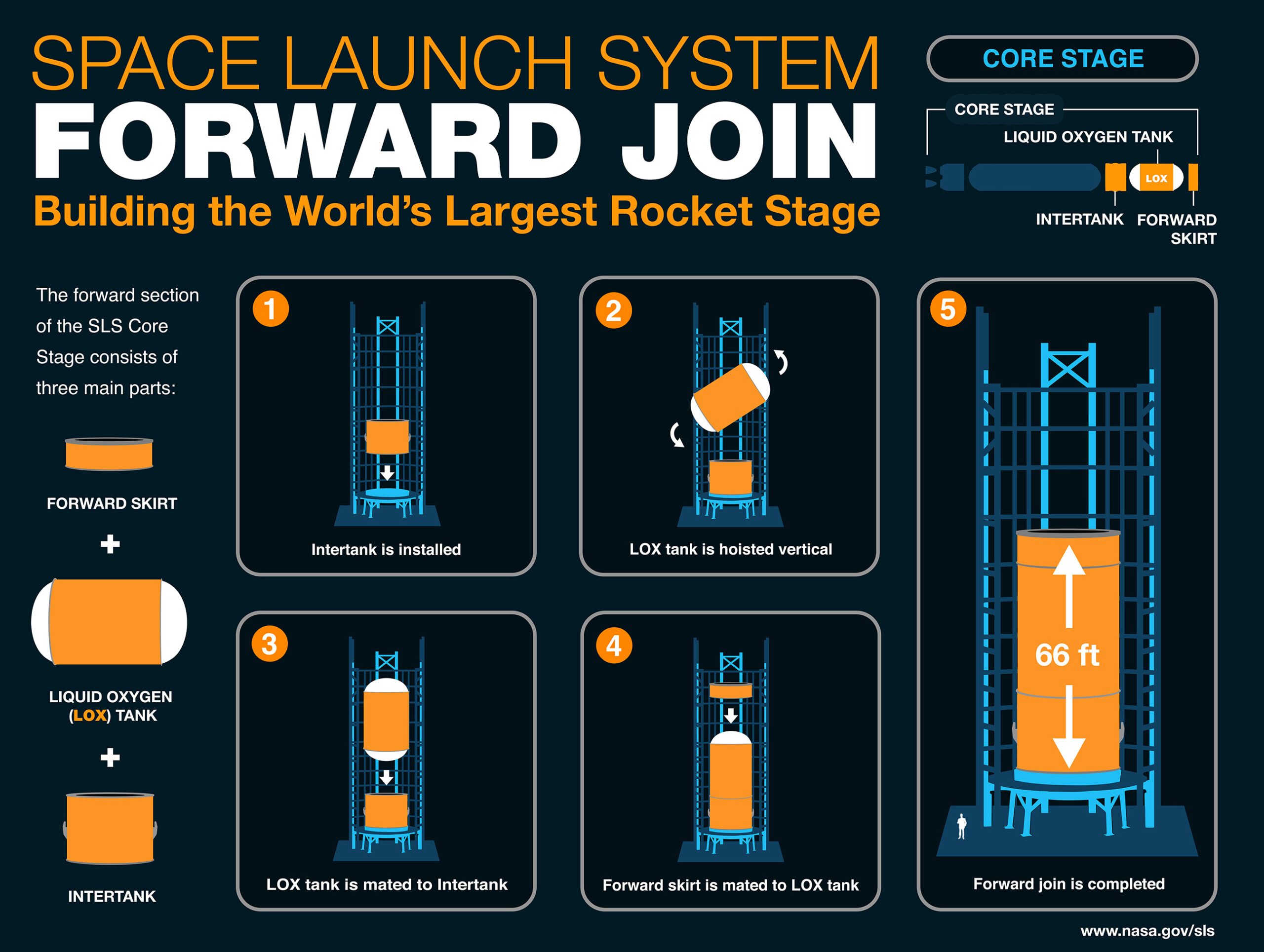 The Space Launch System, will feature a 212-foot-tall core stage, making it the largest rocket stage ever built. The forward join is the top part of the core stage. 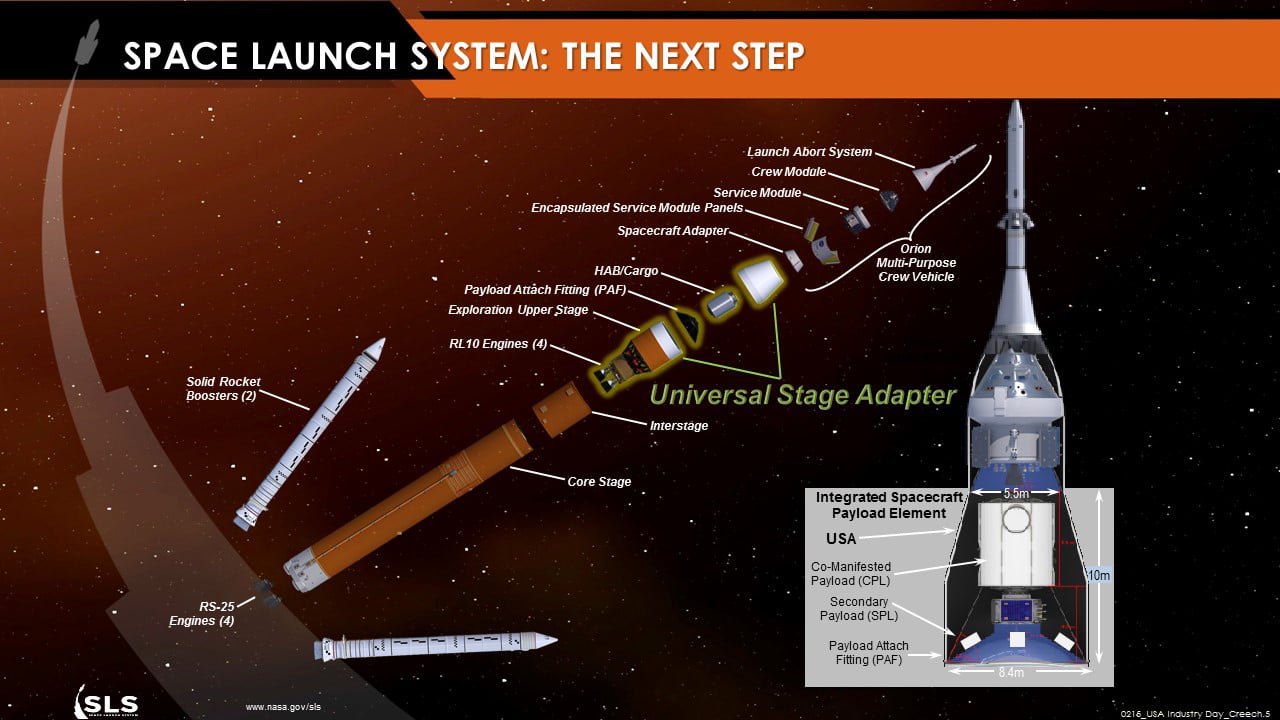 Once assembled the mission will use the Orion spacecraft within the Space Launch System Exploration Upper Stage. 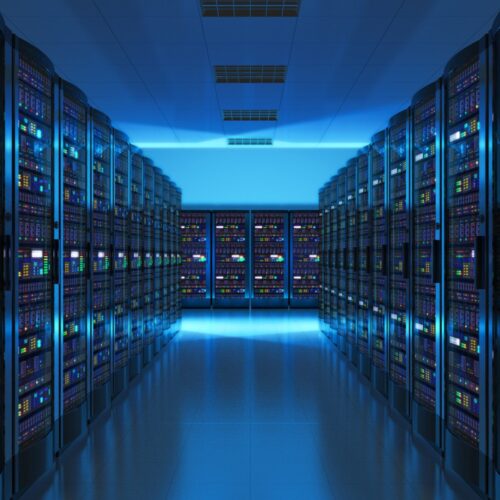 Was Fastly's global internet meltdown could be a sign of things to come?

For an hour on the morning of June 8, dozens of the world’s most-visited websites went offline. Among...