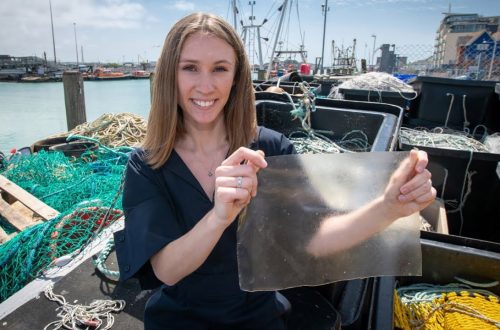 Lucy Hughes, a University of Sussex graduate, created a new material from fish waste as a compostable alternative to single-use plastic.

‘MarinaTex’ is made from fish scales and skin. This marine waste would usually be buried in landfill or incinerated. Currently, the UK produces around 492,020 tonnes of this type of fish waste each year.

Instead, this discarded material could be used to create ‘MarinaTex’ which is both translucent and flexible making it an ideal candidate to take over the role of the existing single-use plastic we rely on for packaging (think sandwich wrappers and shopping bags).

In fact, the waste from just one Atlantic cod would be enough to produce 1,400 MarinaTex bags. MarinaTex also boasts a higher tensile strength than LDPE (low-density polyethylene) which is the most common material used in single-use plastic bags.

The UK is estimated to use five million tonnes of plastic every year with half of that used for packaging.

Unlike single-use plastic, the material can be composted and breaks down in just over a month. While other bio-materials exist that could be used to replace plastics, Hughes bio-material would not require the creation of separate waste collection infrastructure for its disposal.

Hughes worked to develop MarinaTex as her final-year project while on a product design course at the University of Sussex. Her aim was to create something that would have an environmental benefit.

Alongside the £2,000 prize for the UK award, Hughes will now move on to the international stage of the competition, with a chance to nab the top prize of £30,000. 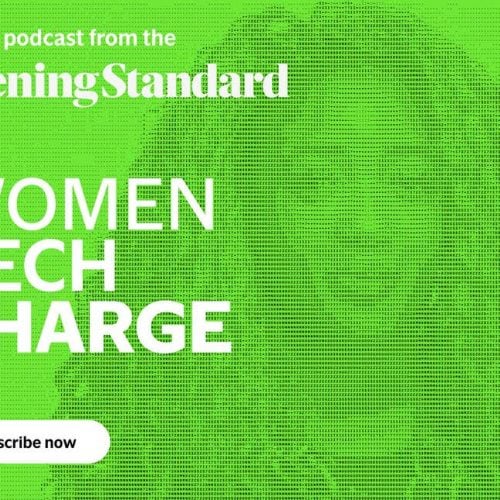 THE Evening Standard's just kicked off a brand new podcast about women in tech. Women Tech Charge is...