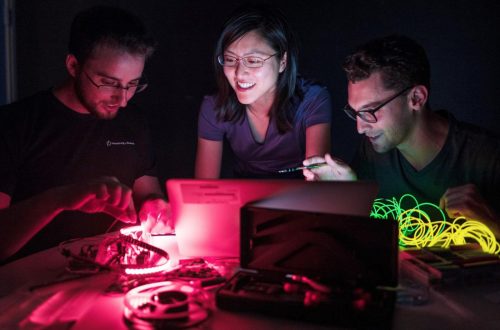 Facebook’s developers’ conference is underway this week. One of the most intriguing pieces of tech news to come out of the event involves the social media giants work on direct brain-computer interfaces (BCIs)

Facebook quietly starting recruiting engineers a year ago for its secretive “Building 8” taskforce. The team has been steadily growing, and is said to be working on everything from augmented reality to drones, cameras, and direct brain-computer interfaces (BCIs).

That’s right – Facebook is working on computers that are designed to directly interface with our brains.

Facebook hope the technology would allow individuals to communicate with other people without speaking.

Speaking at the conference, Regina explained that “the brain produces about 1 terabyte per a second” but speech can only transmit information to others at about 100 bytes per a second.

The team hope a BCI would allow you to get all of the information that is transmitted to our speech centre out of the “brain” and into the real-world.

While the technology could be helpful to tech-obsessed facebook devotees in terms of publishing status updates faster – it has the potential to drastically improve the quality of life for people unable to communicate through speech (for example – those with ALS).

Initially, the team hope to allow humans to “type” and “click” through the BCI without needing to physically interact with a computer. They hope to allow people to “type” a whopping 100 words a minute using only thought. Currently the average person types between 38 and 40 words per minute.

Do you have a background in machine learning? Facebook are currently recruiting Engineers to develop this concept further. 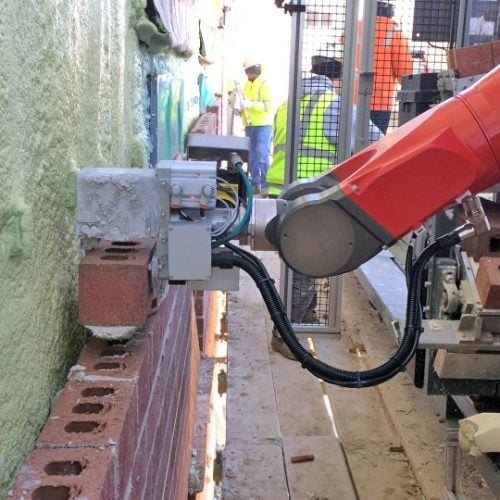 This brick laying Robot can work 500% faster than humans

In a few months SAM (Semi-Automated Mason) will be coming to the UK. SAM is able to lay...