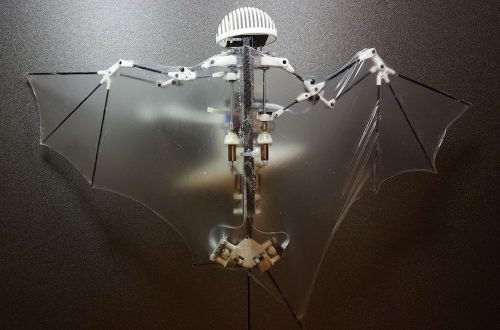 Roboticists at the California Institute of Technology and the University of Illinois have unveiled the “Bat Bot”, a soft robot that flaps instead of using rotors. The new device should be cheaper, safer and agiler than traditional drones.

“Bat Bot” is not the first robot that has tried to improve its aerodynamics by to imitating a bats biology. However, a number of new techniques look to place it at the head of the pack colony.

The device has a “skeletal” structure with over 40 joints in its wings. This allows for an extraordinary amount of control over angle and wing membrane’s rigidity. 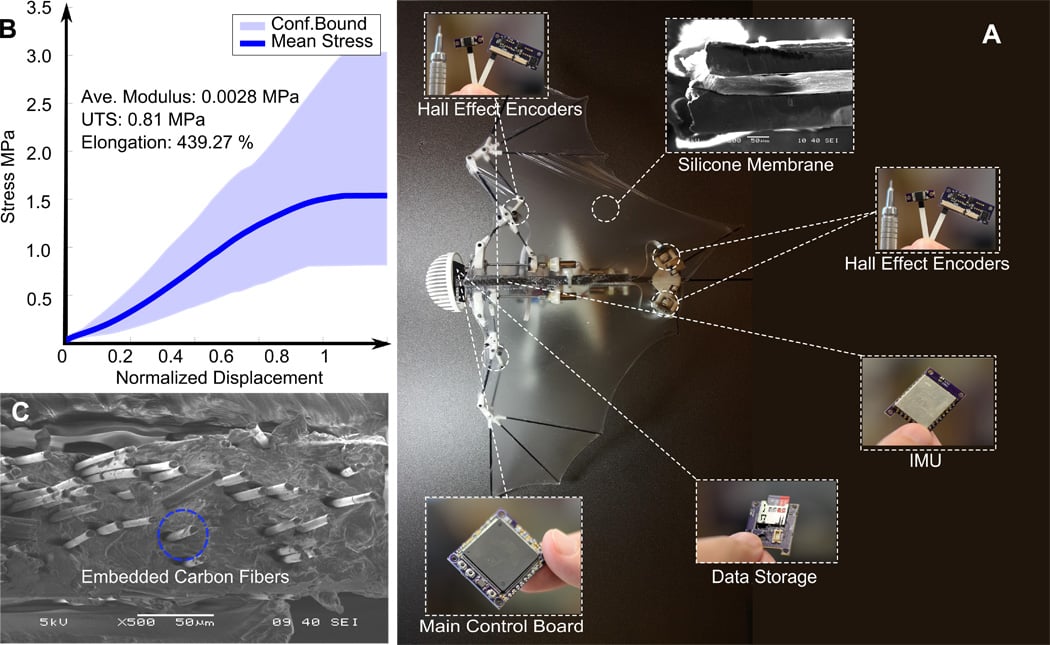 Bat Bot is self-sustained and self-contained – it has an onboard computer and several sensors for performing autonomous navigation in its environment.

In a paper, published in Science Robotics, the team explain that “Bats have long captured the imaginations of scientists and engineers with their unrivalled agility and manoeuvring characteristics, achieved by functionally versatile dynamic wing conformations as well as more than 40 active and passive joints on the wings. Wing flexibility and complex wing kinematics not only bring a unique perspective to research in biology and aerial robotics but also pose substantial technological challenges for robot modelling, design, and control. “

The teams approach was to identify the most important joints and motions. This allowed them to imitate a bat manoeuvres while keeping the mass under 100g.

Long term the Engineers see lightweight and agile bat-like bots performing duties around humans in areas where heavier drones with high-speed rotors might not be welcome (schools, hospitals, and even your home). 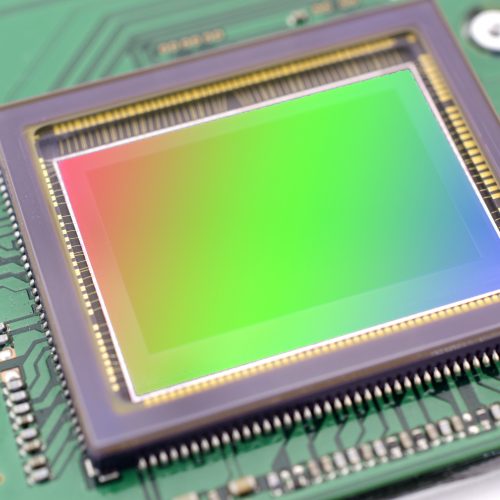 Three Engineers who have revolutionised the modern visual world across three decades with; the charge-coupled device (CCD); the...