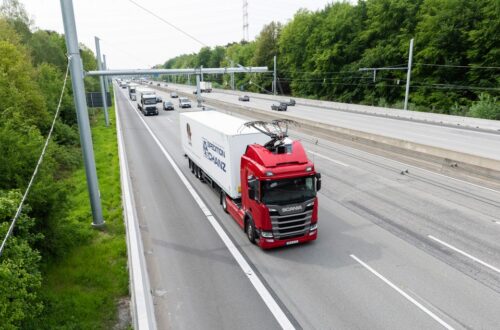 The UK government has thrown its weight behind a pilot for eHighways. 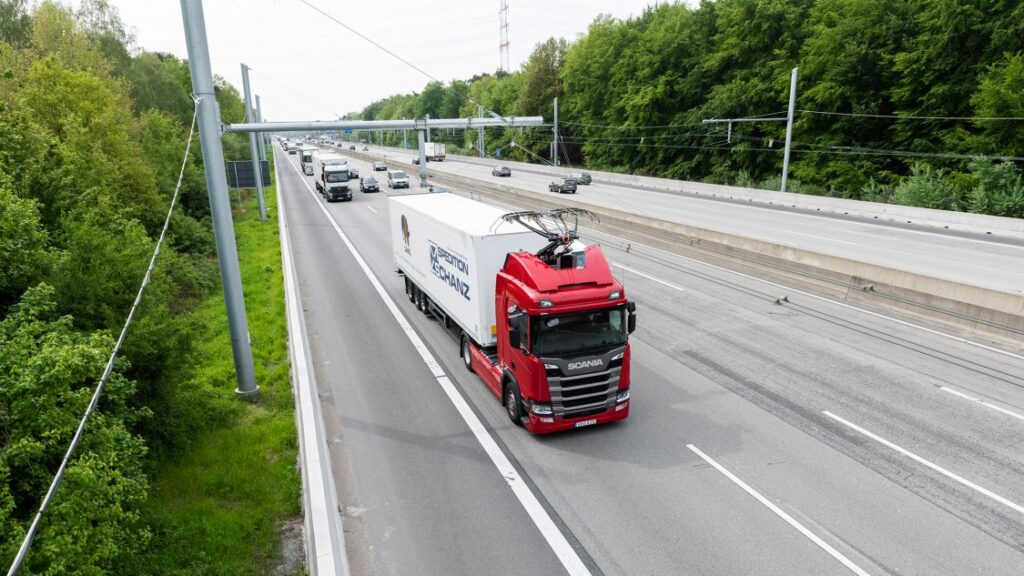 eHighway aim to combine the efficiency of electrified railroads with the flexibility of trucks by creating a network of overhead cables and adapted lorries.

The scheme aims to eliminate the majority of the carbon dioxide emissions across the UK from road freight.

The plan would cost an estimated £19.3bn and mean that most of the UK would be within reach of electric trucks by the end of the next decade.

The Centre for Sustainable Road Freight believes the scheme would pay for itself within 15 years.

The system of catenary cables would be powered by the national electricity grid.

The network would link to lorries using the inside lanes across 4,300 miles of motorway using an extendable rig known as a pantograph ( think tops of electric trains ).

The idea is that the electricity would not just power the lorry’s electric motor but recharge the vehicle’s battery allowing them to reach their destination once they leave the network.

The scheme is backed by engineering companies Siemens and lorry maker Scania. Both have paired up already to carry out tests in Germany, Sweden and the US.

The scheme offers some hope for the climate crisis. Currently, the road freight sector accounts for a whopping 5% of the UK’s carbon dioxide emissions.

The first phase of building work should take two years and cost £5.6b with the total scheme costing £19.3bn. 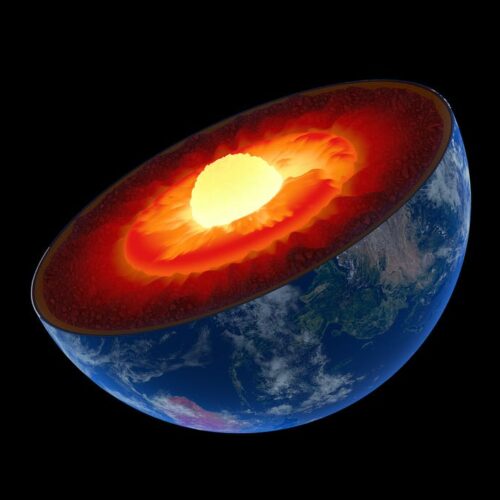 The Earth’s Core is growing more on one side than the other - why is the planet not tipping?

Earth’s inner core is growing more on one side than the other – here’s why the planet isn’t tipping More...