DURUS has a pair of metal feet with arched soles that allows it to replicate the heel strike and toe push-off that is a key feature of human walking.

Georgia’s Institute of Technology believes DURUS to be the most efficient walking humanoid created yet.

While walking robots normally hunch at the waist and have flat feet DURUS’s is able to stroll like a person because of its arched feet. This means its chest and legs are elongated and upright. The team even equipped it with a pair of size thirteen trainers.

Other upright walking Robots typically work on a principle similar to an upside-down pendulum. With most relying on fairly simple algorithms to move the top of the robot forward, while its feet at kept flat and grounded. While this might allow it to shuffle along it means the waist must stay at a constant height which creates a hunched look. This is a major factor of preventing replication of a full human gait and makes traditional walking robots energy inefficient.

DURUS uses a fundamentally different set of algorithms to walk dynamically on its new feet. Springs between its ankles and feet (similar to elastic tendons in people) allow for a walking gait that stores mechanical energy from a heel strike to be reclaimed as the foot lifts off the ground. This allows for a more natural gait and is more efficient. 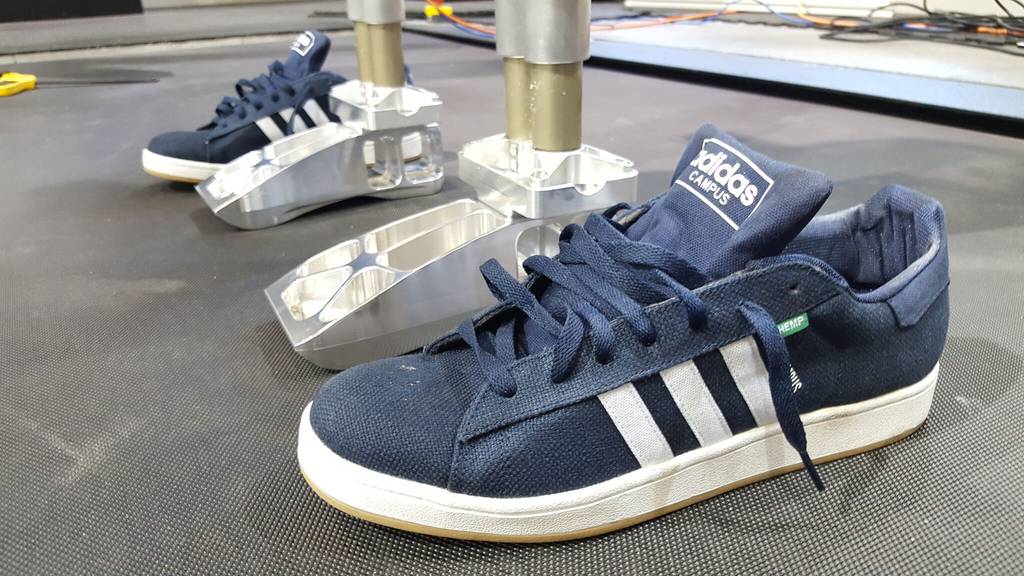 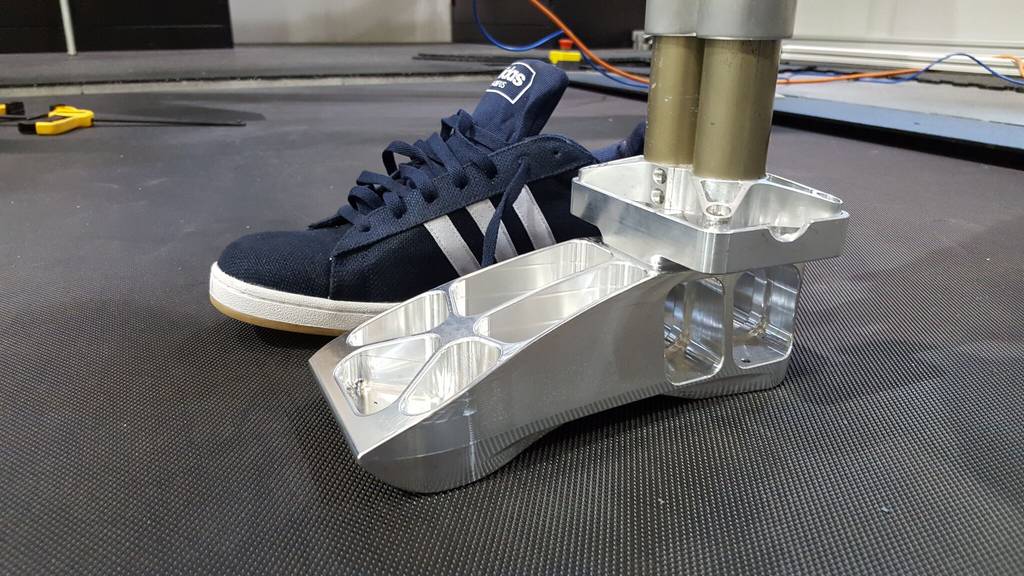 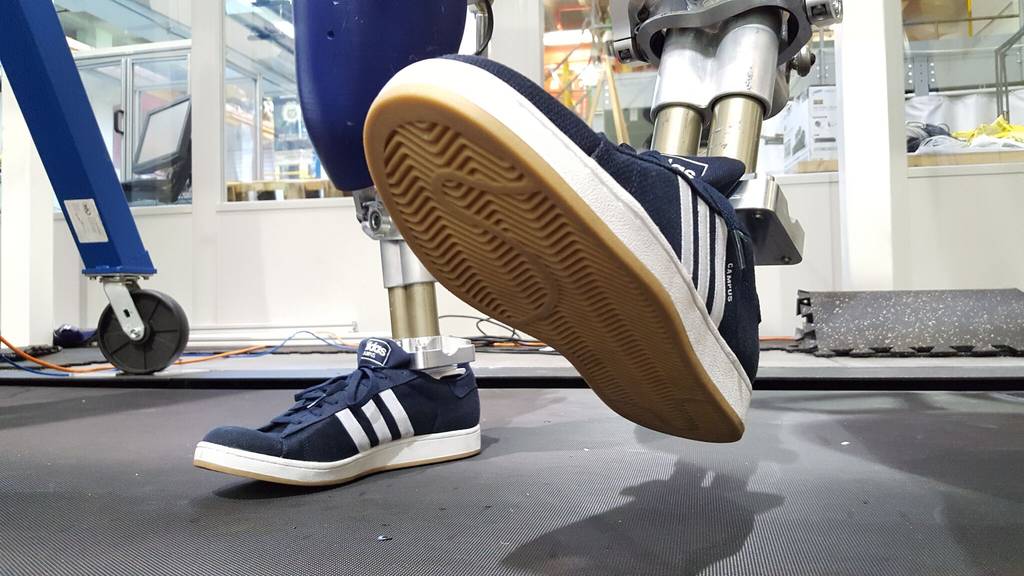 Robot locomotion efficiency is known as the “cost of transport“, which is the amount of power used divided by weight and walking speed. The best humanoid robots so far are said to have an efficiency around 3.0, DURUS has a cost of transport of 1.4. This jump in efficiency allows it to be self-powered (so unlike other robots does not require a tether to an external power source).

Aaron Ames, director of the Georgia Tech lab and a professor in the George W. Woodruff School of Mechanical Engineering and School of Electrical and Computer Engineering, explained while “flat-footed robots demonstrated that walking was possible” that “they’re a starting point, like a propeller-powered aeroplane. It gets the job done, but it’s not a jet engine. We want to build something better, something that can walk up and down stairs or run across a field.”

It is hoped this advance will usher in the next generation of assistive prostheses and exoskeletons that should help people with mobility impairments to walk with greater ease.

Interested in how DURUS works? The team behind it have broken down DURUS in the paper “Realizing Dynamic and Efficient Bipedal Locomotion on the Humanoid Robot DURUS” 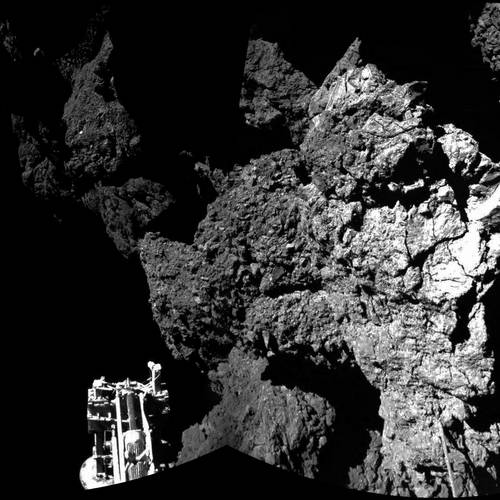 The European Space Agency is shutting down communications with the Philae lander for good. The lander landed on...