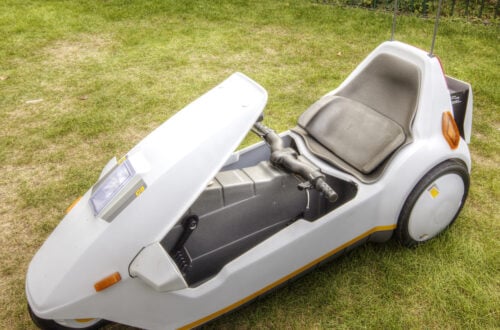 Whilst Sinclair is best known for the invention of the ill-fated C5 pedal-electric car (below) he is also the mind behind the world’s first pocket calculator which brought about a revolution in cheaper personal computers across the UK.

While the Sinclair C5, a pedal-electric vehicle was derided at the time as a byword for business and marketing failure, it is widely considered now to have been ahead of its time.

Sinclair was born in Surrey in 1940 began putting together designs for miniature transistor radios in the margins of his books as he studied his A-Levels.

Skipping university Sinclair pursued electronics – producing self-assembly kits for micro-radios while publishing supporting material and books. By 1961 he how founded Sinclair Radionics and a decade later was producing a huge range of electronic products – however, his biggest success was the 1972 Sinclair Executive – the first pocket calculator to be mass-produced.

The company ran into trouble with the 1975 ‘Black Watch’ which came with fragile sensitive circuitry and terrible battery life leading to a flood of returns that nearly crippled the company. A bail-out resulted in the National Enterprise Board (NEB) taking a large minority stake in the company and Sinclair’s relationship with its board worsened until he left to found a new company, Science of Cambridge, in 1977. 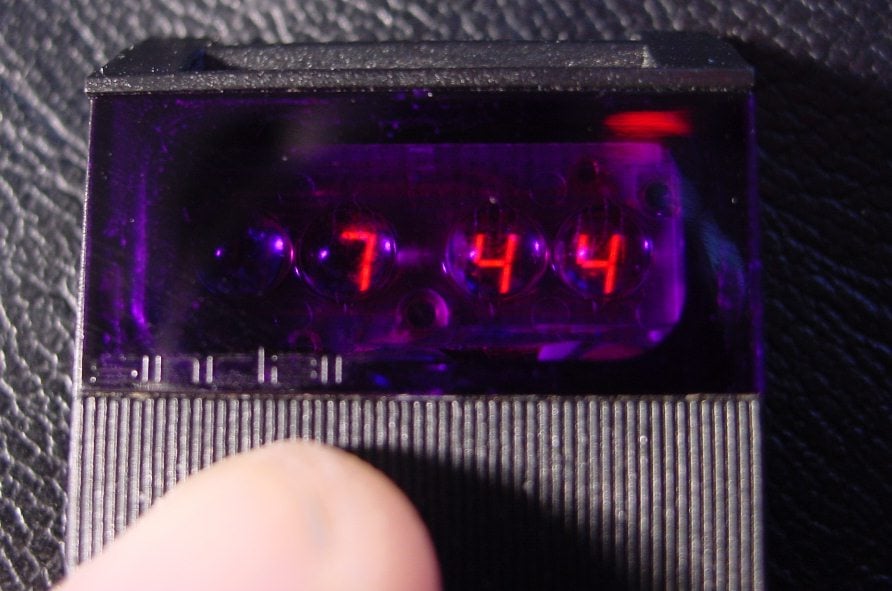 Science of Cambridge focused on the newly emerging microprocessors industry. Its first product was the Mk14, a build your own computer kit that was sold for just under forty pounds. The success of the Mk14, however, was followed by the acrimonious departure of Sinclairs Science of Cambridge partners to found Acorn Computers.

Sinclair doubled down on low-cost computers; launching the Sinclair ZX80 in 1980 for £79.95. The ZX80 was a smash hit and SoC was renamed Sinclair Computers, and then finally Sinclair Research. 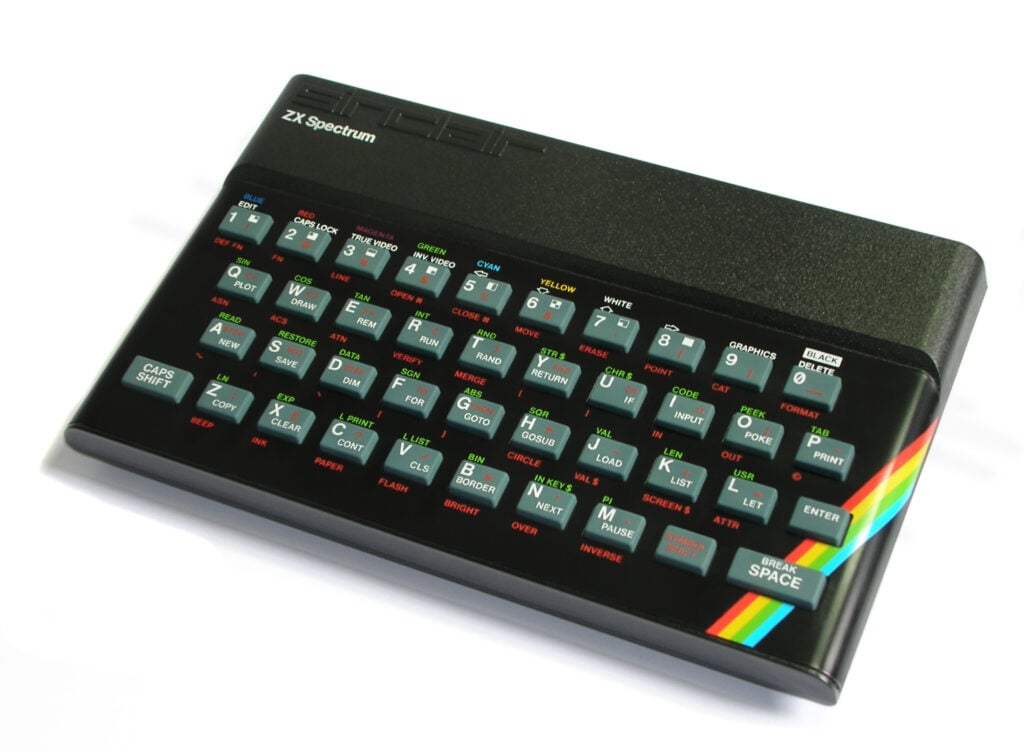 The ZX80 was followed by the best selling ZX81 and then ZX Spectrum which packed a punch with a colour display. The success of the machines led to Sinclair being knighted in 1983.

Sinclair then used the sale of shares in Sinclair Research to start Sinclair Vehicles which began pursuing a fully electric one-person vehicle. 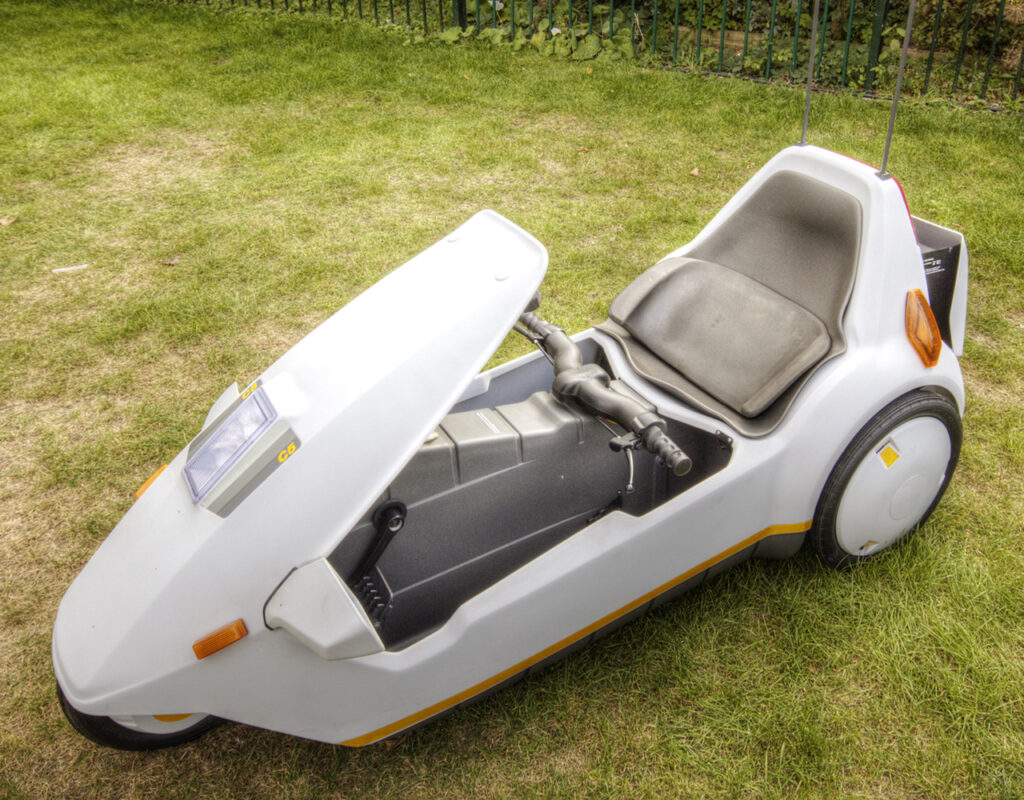 The Sinclair C5 was designed to replace cars, bikes and scooters with a promised top speed of 30mph and a range of 30 miles. The machine cost £500 and was powered by a single lead battery. As the C5 was closer to an electric bike than a car; it could be driven without a licence by anyone older than 14 (with its speed limited down to 15mph).

The company projected C5 sales to initially start at a whooping 200,000 a year, then rising to 500,000. Market research was felt to be unnecessary as Sinclair believed the C5 would create a new market in the same way home computers had.

After nearly years of development and testing the C5 launched disastrously at London’s Alexandra Palace in January 1985. The invited journalists were unimpressed by a battery that ran flat after seven minutes (due to the cold the batteries more quickly discharged); that couldn’t cope with the icy pavements or roads; and a motor that overheated. Worse still; the machines low height meant drivers were eye-level with the exhaust fumes of the cars it shared the road with.

Sinclair only sold 200 C5s at the launch event. Mailing order forms to existing Sinclair computer customers drummed up another 5,000.

The reality of the C5 was that it was unable to deliver even a modest 20-mile range and the speeds were slow. Lacklustre demand meant Sinclairs factory had to cut its capacity down from producing 1,000 C5s a week to only 100. Production had stopped by August of 19t8th and the company collapsed that October.

In the last few decades, the C5 has been reborn as a cult-engineering icon. A slimmed-down Sinclair Research went on to develop electric bike tech that is used widely today.

Sinclair is also known for his appearances on Channel 4’s Late Night Poker and outspokenly shunned both the internet and email as ‘distractions’.