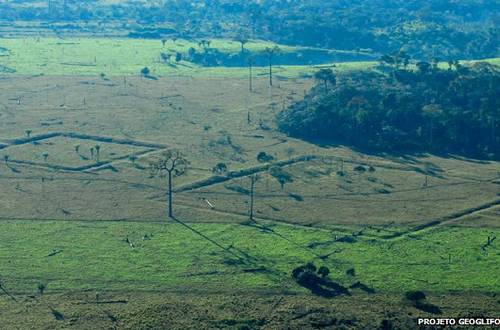 More than 450 geoglyphs have now been identified in deforested areas

Scientists are to scan the Amazon forest in Brazil to look for evidence of occupation by ancient civilisations.

A drone will be sent up with a laser instrument to peer through the canopy for earthworks that were constructed thousands of years ago.

The UK-led project is trying to determine how big these communities were, and to what degree they altered the landscape.

The data is likely to inform policies on sustainable forest use today.

Researchers announced the initiative at the annual meeting of theAmerican Association for the Advancement of Science in San Jose.

The key quest is to try to understand the scale and activities of populations living in the late pre-Columbian period (the last 3,000 years before the Europeans arrived in the 1490s).

The international team will endeavour to find more geoglyphs, which are large geometric patterns left in the ground.

More than 450 of these are known in places where the forest has been cleared.

No-one is really quite sure what these earthen circles, squares and lines represent. Perhaps, they were ceremonial centres. But what is certain is that they are evidence of collective behaviour.

“While some researchers think that Amazonia was inhabited by small bands of hunter-gatherers and shifting cultivators who had a minimal impact on the environment, and that the forest we see today is pristine and untouched for thousands of years – mounting evidence is showing this may not be the case.

“This evidence suggests that Amazonia may have been inhabited by large, numerous, complex and hierarchical societies that had a major impact on the environment; what we call the ‘cultural parkland hypothesis’,” he told BBC News.

Dr Iriarte’s project will fly its robotic plane across sample areas of forest.

This vehicle’s lidar instrument should reveal how many more geoglyphs remain hidden beneath still-canopied regions of Amazonia.

While some of the light from the lidar scatters back off the leaves, some is able to penetrate to the ground.

A smart algorithm can then be used to separate the two signals, digitally removing the trees to expose anything unusual beneath.

If candidate geoglyphs are confirmed in follow-up inspections, scientists would then move in to characterise signature changes that have been left in the soils and vegetation by the ancient inhabitants.

These “fingerprints” could then be searched for in satellite images, enabling a much broader swathe of Amazonia to be probed than is possible with just a small unmanned aerial vehicle. The arguments over the scale of occupation and its impacts should then be settled.

The lidar makes a map of the canopy in digital form…

The project is a partnership between agencies and institutions in Europe and, of course, in Brazil.

The expectation is that lessons learned will feed into policies for the management and sustainable use of the Amazon and its resources.

Dr Iriarte said it was not possible to gauge properly what future changes would be acceptable unless there was a fuller understanding of how the forest had been altered in the past.

“We want to see what is the human footprint in the forest and then inform policy, because it may be the case that the very biodiversity that we want to preserve is the result of the past historical manipulation of this forest,” he explained. 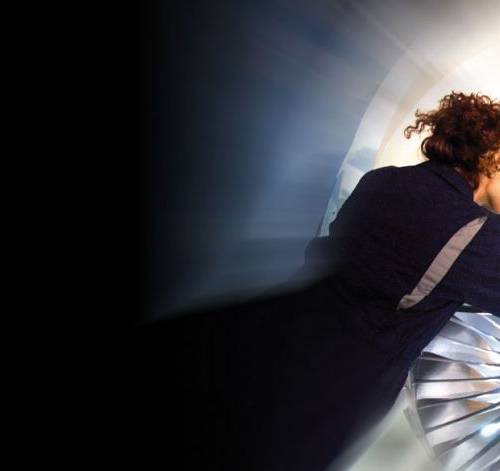 Semta Skills Awards, Park Plaza, Riverbank, London. Hundreds of nominations from across the UK for the seven categories... 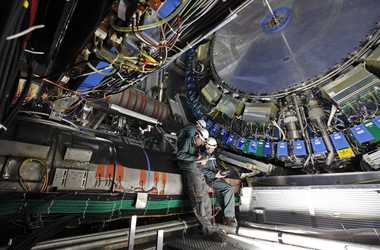 The Large Hadron Collider (LHC) is the world’s largest science experiment. Since it came online eight years ago it has... 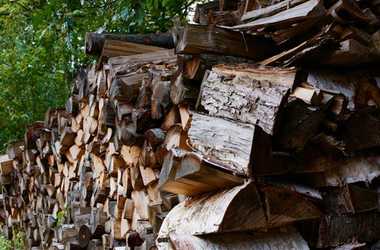 Researchers from the University of Manchester and the East China University of Science and Technology have developed a method of... 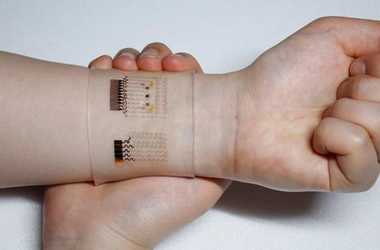 South Korea’s Institute for Basic Science (IBS) has developed a wearable graphene-based armband which is capable of monitoring diabetes by...