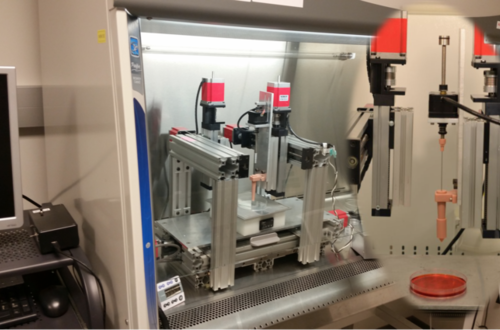 By substituting strands of cow cartilage for ink in a 3D bioprinter, engineers at Penn State have created a process that may one day allow cartilage patches to be created that can replace worn out joints.

Ibrahim T. Ozbolat, an Associate Professor of Engineering Science and Mechanics explained their “goal is to create tissue that can be used to replace significant amounts of worn out tissue” as “those who have osteoarthritis in their joints suffer a lot”.

The team have managed to develop a new method to produce larger scale tissues without being forced to rely on a scaffold. 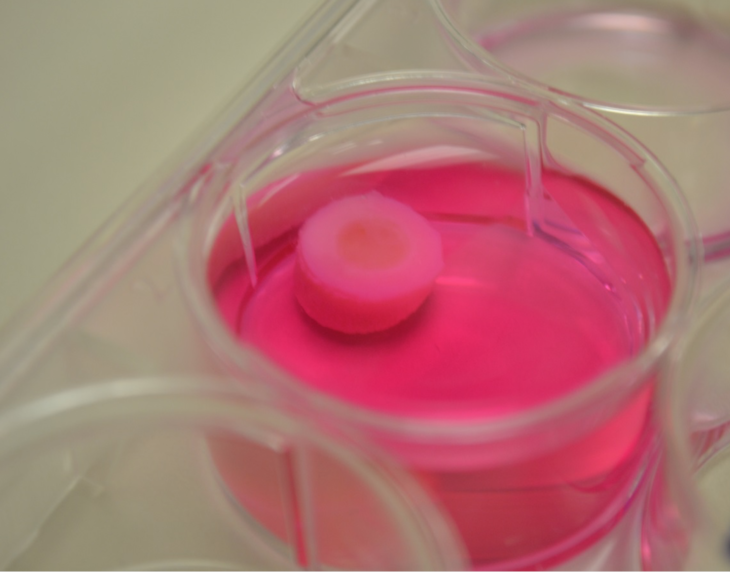 A piece of printed cartilage on a plug of bone in a petri dish of nutrient media.

They can do this by creating tiny tubes made of alginate (three to five one-hundredths of an inch in diameter) from an algae extract.

Next, they inject cartilage cells into the tube and allow them to grow for about a week and adhere to each other. This works because cells do not stick to alginate so that they can remove the tube, leaving a strand of cartilage.

The team hope that when this process is eventually applied to human cartilage, every individual treated would be able to supply their own source material (either existing cartilage or stem cells). This would be a big step forward in avoiding tissue rejection.

The researchers reported their results in the current issue of Scientific Reports. 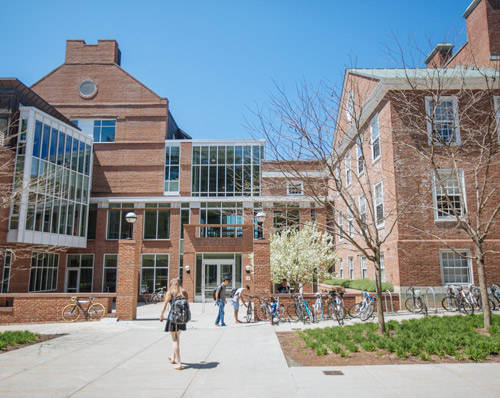 Dartmouth College, in the US, is celebrating granting 54% of its undergraduate engineering degrees to women. This makes...