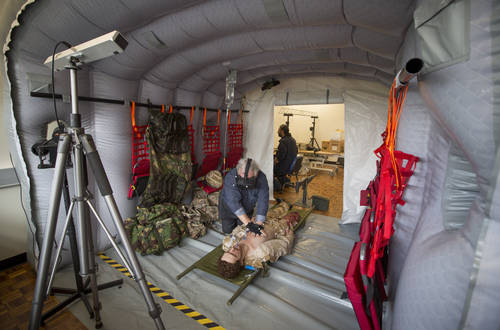 MERT is a highly specialised unit that is made up of medical personnel including; consultants in emergency medicine or anaesthesia, emergency nurses and paramedics. The unit is designed to provide hospital-level trauma care in the back of helicopter.

Consultant Anaesthetist at the Royal Centre for Defence Medicine, Professor Col Peter Mahoney explained that “the intent behind this ground-breaking research project is for us to exploit cutting edge technologies and thinking to offer Defence Medical Services an agile and cost effective training option for future deployments”.

The team at Birmingham were able to combine a representative human body, and inflatable ‘Chinook’ interior to blend Virtual and Augmented reality. The main problem the team faced was that limitations in current virtual representations of human bodies make physically interacting with the environment very difficult. This is why they decided that elements of the simulation had to be physical. 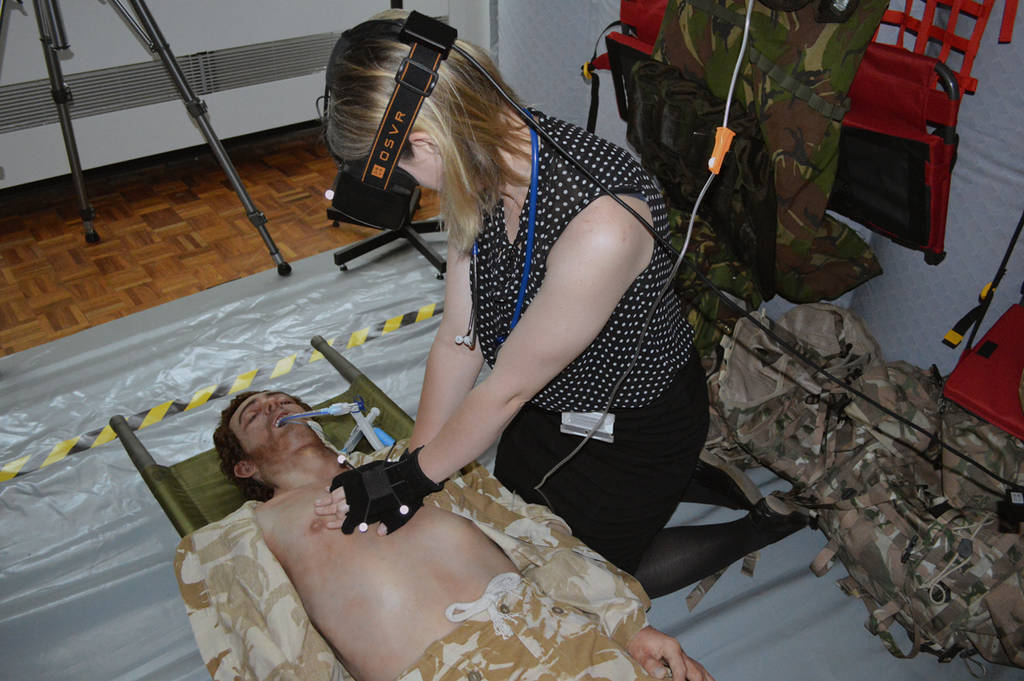 The incredibly detailed human male model (a Simbodie) was created by TraumaFX, a company based in North Yorkshire. It is can be configured to show a wide range of injuries and has interchangeable leg components which can show intact limbs as well as traumatic amputation. It even has repositionable bullet wounds and lacerations

The ‘Chinook’ enclosure was created by Imagine Inflatables, based in Leicestershire. It can be inflated quickly for portability and rapid deployment. Video is used to simulate the external view from the helicopter which can be seen from the windows and rear ramp. The team did this by flying the drones over Dartmoor. Boeing Defence UK then provided a soundscape taken within an actual Chinook cabin.

All these elements combined mean those training in the enclosure are able to experience a believable in-flight scenario. The simulation allows them to interact with a body that has both visual and haptic elements.

“Although the current virtual cabin is nowhere near as dynamic as the real operational context, it is more than adequate for the purposes of demonstrating the proof of concept. The hope is that simulators such as this could be deployed quickly and effective to support the training of such a vital team”

The HIT team Director from the University of Birmingham, Professor Bob Stone explained that “although the current virtual cabin is nowhere near as dynamic as the real operational context, it is more than adequate for the purposes of demonstrating the proof of concept. The hope is that simulators such as this could be deployed quickly and effective to support the training of such a vital team”.

He went on to explain that the simulator should allow MERT to see how “teams communicated under conditions of stress and background noise” and that “the cramped nature of the cabin, the range of medical equipment, the types of injuries experienced” all drove HITS “decision to consider developing a very new Mixed Reality solution, blending the best of the virtual with actual physical elements representing the real”. 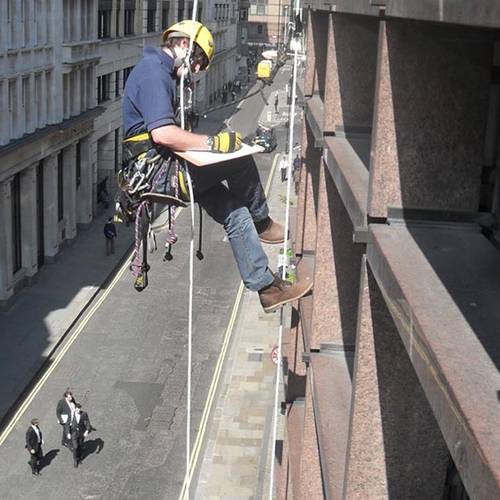 The Institution of Civil Engineers (ICE) has announced it will be accepting applications for it's QUEST Technician Scholarship...

via University of Birmingham

All images and video copyright University of Birmingham