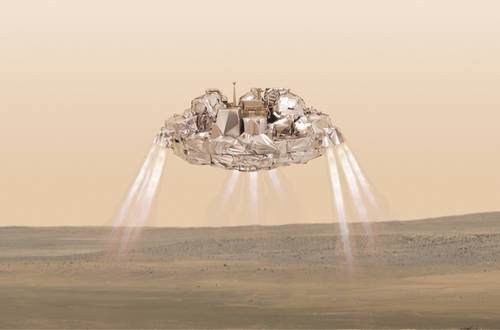 The Schiaparelli Lander, part of the European-Russian ExoMars 2016 mission, is going to be touching down on Mars at 1448 GMT today using a soft-landing technique that utilises a novel crushable structure rather than legs.

Schiaparelli mission to Mars is not one of exploration, but to showcase the technology required to land the life-hunting ExoMars rover down on Mars in 2021. The ExoMars rover mission is the second phase of the ExoMArs program. In fact, Schiaparelli carries non-rechargeable batteries which mean its life will be limited to a maximum of eight days on the surface of Mars (though the batteries could last as little as two days).

While the European Space Agency (ESA) is taking lead on the project, it is working in collaboration with Roscosmos. Sadly, while Roscosmos had offered to contribute a 100-watt radioisotope thermoelectric generator (RTG) power source, that would have allowed Schiaparelli to monitor the local surface environment for a full Martian year, complex Russian export control procedures meant the team were forced to opt for regular non-rechargeable electric battery.

When Schiaparelli comes to the end of its 7-month cruise later today, it will separate from its orbiter and will use its heat-shield as it enters Mars atmosphere at 13,000 mph. It will then deploy a parachute and retrorockets (pulse-firing liquid-fuel engines) to slow its descent. Around 2 meters above the Martian surface its engines will shut down and it will land on a crushable structure, designed to deform and absorb the final touchdown impact.

Close up of the landing structure absorbing a deceleration of 40Gs

While Schiaparelli is the main Mars event of the day, the ExoMars Trace Gas Orbiter (TGO) will also be testing its engine around the red-planet today. The mission launched with Schiaparelli in March and will be firing its main engine for more than two hours at 1304 GMT to test its crucial orbit-insertion burn. If the burn is successful, will slowly enter Mars orbit and start sniffing Mars atmosphere for methane and other signs of life in March 2018. TGO is scheduled for a two-year mission, but will also act as the main relay for ExoMars until 20122.

Successes and Failures – A brief history of Mars landings 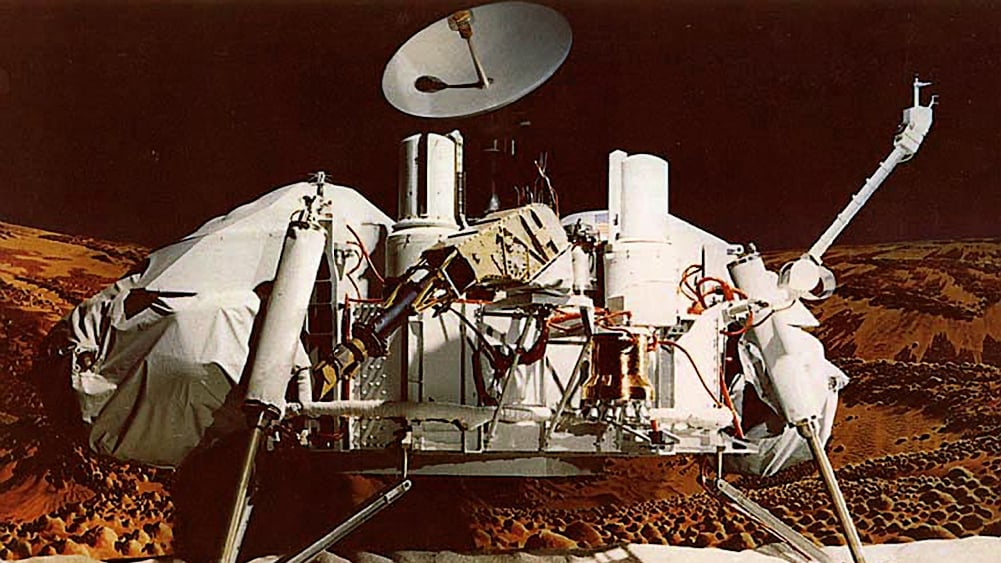 History saw the Soviet Union first achieve a soft-landing on Mars in 1971 with its Mars 3 Probe. The probe was able to transmit a single corrupted image before going offline 20 seconds after it touched down.

The ESA was equally unsuccessful, when its only attempt to land on Mars, the Beagle 2 stopped communicating shortly after separating from the Mars Express orbiter in 2003. (Its fate remained a mystery until 2015 when researchers found the lander using NASA’s Mars Reconnaissance Orbiter (MRO) which showed that craft had managed to touch down successfully but had been unable to deploy its solar panels).

NASA has seen much more success with it’s Viking 1 and 2 landers in 1976, and Pathfinder lander and Sojourner rover in 1997, all completing successful missions. The Mars Polar Lander marks the only major Mars failure for NASA in 1999. With Spirit and Opportunity touching down for three-month missions in 2004 – Spirit managed four years additional years of service, while Opportunity is still operation today.

NASA has also had success with its Phoenix lander finding strong evidence of buried water ice near the Martian north pole in 2008. As well as its van-size Curiosity rover, which is still operating successfully today after touching down in 2012, discovering evidence of a billion-year-old lake-and-stream system. 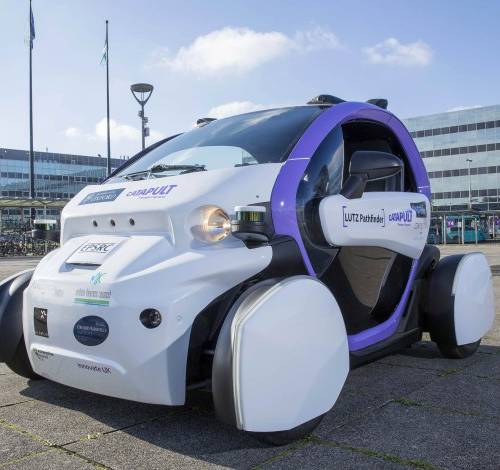 The first trial of self-driving vehicles in a public space is being heralded as a success. The demonstration,...