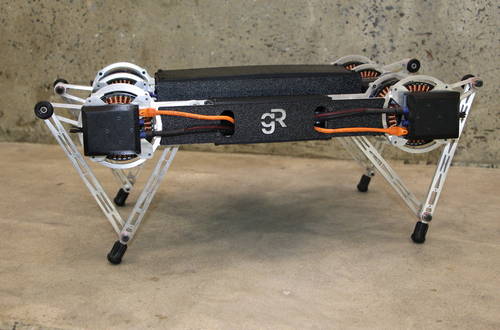 Three PhD students from the University of Pennsylvania have created the “Ghost Minitaur”. Using high-torque brushless outrunner motors and a specialised leg design, it can run and jump over difficult terrain as well as (rather adorably) opening doors like a cat.

The robot can be driven around by joystick out of the box, and can use different gaits. The specialised legs are able to act as sensors and apply precise force, allowing it to do basic manipulation.

The Minitaur is also the first robot we have seen that looks to be using conventional rotary electric motors for direct-drive.

Designs from ghostrobotics.io show a width (toe to toe, standing height) of 0.28 m and length (hip to hip) of 0.4 m

The robot weighs in at 6kg and can carry a payload of 3kg. It can run for 20 minutes on a single charge, and boasts running speeds of 2m/s, turning speeds of 1 rad/s, and sideways “crabbing speeds” of 0.04m/s. It can also jump 0.48m. 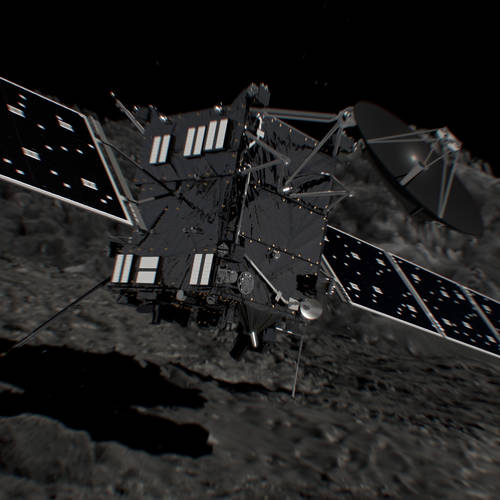 Rosetta: Join us as we countdown to the end of Rosetta's historic mission to Comet 67P

The Rosetta probe is set to end its mission to Comet 67P with a controlled descent to the...