SpaceX has set a new world record by launching 143 satellites on a single rocket!

The US Private Space company beaten the previous record held by the Indian space agency ISRO’s of 104 satellites in a single launch in February 2017.

The 143 included commercial and government CubeSats, microsats and 10 Starlink satellites as well as a NASA craft.

SpaceX is currently offering to launch small satellites for the (relative!) low price of $15,000 per kilogram for each satellite to be delivered to a polar sun-synchronous orbit.

SpaceX plans to use the launches to bolster its’ Starlink cluster which aims to provide near-global broadband internet coverage all over the world by 2021.

The launch offers more evidence of major structural changes in the aerospace industry that is letting many more companies and institutions to get involved in launches as satellites see a revolution in robust, miniaturised, low-cost components.

CubeSats mean that anyone can now build a capable satellite in a very small package and launch it – relatively – cheaply.

CubeSats – “If you can build it, we’ll launch it…”

That was the challenge posed by the UK Space Agency to Steve Greenland of Clyde Space Ltd and Strathclyde University. A week later they had a model built of the UK’s first ever national spacecraft, UKube-1, made from plasterboard, gloss photos and some late nights. On the 8 July 2014, Steve and team saw their cube satellite launched successfully into orbit.

As Steve says, “It’s the pioneer spirit that engineers have. To push the boundaries of what is possible you have to just focus on something that you believe in passionately. And go for it…”

Steve Greenland studied Avionics and Aerospace Systems Engineering at Cranfield University and the University of Tokyo. Returning to the UK he worked for Clyde Space Ltd and, through a Knowledge Transfer Partnership (KTP), with Strathclyde University. As part of the Clyde Space team Steve worked to conceive, design and build the UK’s first cube satellite. 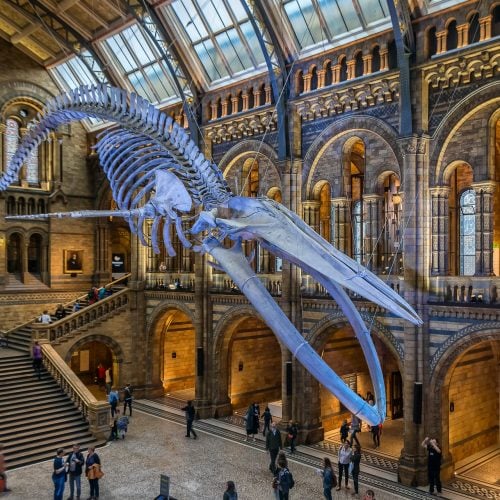 Holographic history is making 'Night at the Museum' a reality For millions of children, being dragged to a...