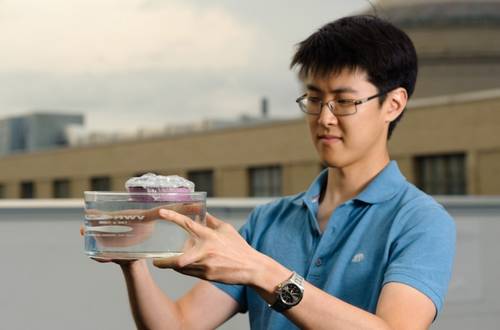 MIT engineers have invented a bubble-wrapped sponge-like device which can soak up sunlight to generate steam through its pores.

Researchers call the design a “solar vapour generator”. It does not require expensive mirrors or lenses to concentrate the sunlight and instead relies on the combination of low-tech materials to capture ambient sunlight and concentrate it as heat.

This heat can then be directed toward the pores of the sponge, which draw water up and release it as steam. 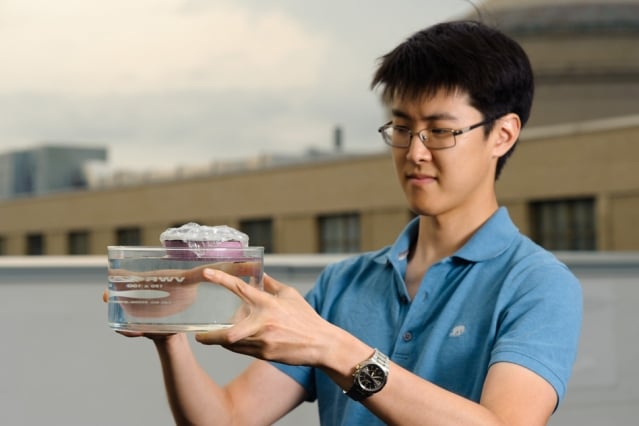 On an overcast day, the researchers placed the sponge on the roof of MIT’s Building 3. They found that the structure was still able to heat water past 100 degrees Celcius to produce steam.

Applications for this low-tech design could range from wastewater treatment to desalination and residential water heating or medical sterilisation.

Existing solar-based technologies which rely on optical-concentrating typically last 10 to 20 years, but require expensive parts and maintenance throughout that lifetime. The advantage of this new, low-tech design is that while it might only operate for 1 to 2 years it would not require parts or maintenance, it would simply be replaced.

Gang Chen, an MIT graduate student who worked on the project, said “It was relatively low optical concentration […] but I kept asking myself, can we boil water on a rooftop, in normal conditions, without optically concentrating the sunlight? That was the basic premise.”

The design builds on research from 2014. Engineers developed a similar sponge-like material made of graphite and carbon foam. This was able to convert 85% of the energy from sunlight to produce steam.

Essentially, the material is very good at absorbing light. More importantly, the material does not radiate heat away as the infrared range meaning heat is essentially trapped inside once it is absorbed. However, researchers found the structure was not perfect at stop heat escaping back out to the environment as some heat was still escaping through convection.

The solution to the problem of convection came from Gang Chen’s 16-year-old daughter. At the time she was working on a science fair project using makeshift materials to create a greenhouse. The key to her design was bubble wrap.

Chen took the idea of bubble wrap to the project lead, George Ni. Ni recalls; “I was very sceptical of the idea at first […] I thought it was not a high-performance material. But we tried the clearer bubble wrap with bigger bubbles for more air trapping effect, and it turns out, it works. Now because of this bubble wrap, we don’t need mirrors to concentrate the sun.”

Combining the bubble wrap with the selective absorber meant that heat was not able to escape the surface of the sponge. A copper layer was then used to conduct heat towards a single drilled channel in the centre of the structure. When the sponge was placed in water, the water would then be drawn into the channel, heated up to 100 degrees and converted turned to steam.

Published in Nature Energy 1, Article number: 16126 (2016) as “Steam generation under one sun enabled by a floating structure with thermal concentration” 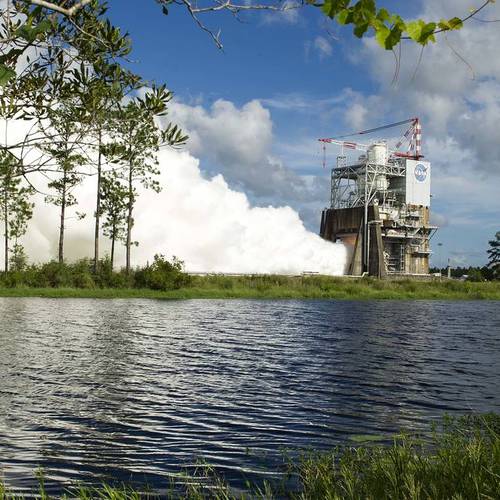 Third successful test of NASAs RS-25 engine; the rocket that might take us to Mars

NASA is reporting it has successfully tested the engine created to power its huge Space Launch System (SLS)...